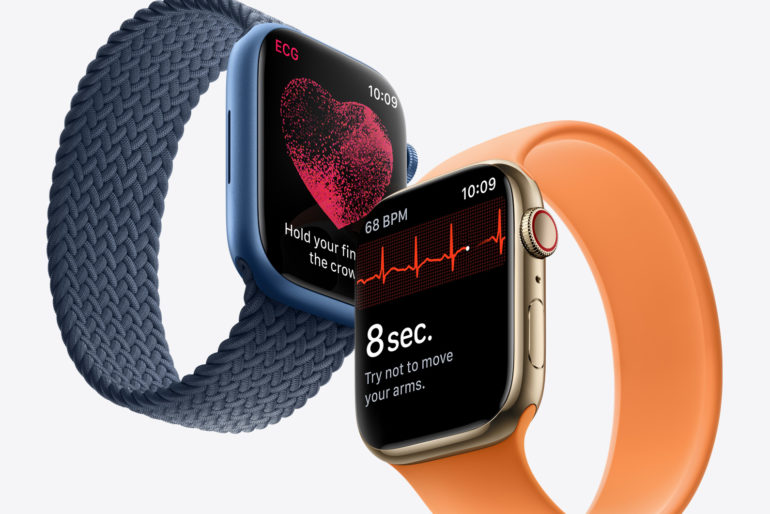 With a sturdier design and significantly more screen area, the Apple Watch Series 7 was the one to watch at Apple’s California Streaming event.

The range of four new iPhone 13 models were understandably the stars of the show, but Apple also took the opportunity to unveil the Apple Watch Series 7. Like the new iPhones, Apple’s latest wearable hones the design of its predecessor rather than embarking on a major overhaul.

The display also features a refractive edge. This makes full-screen watch faces and apps appear to seamlessly connect with the curvature of the body.

The larger screen size can accommodate larger apps and watch faces, introduced with watchOS 8 update. There is also a full QWERTY keyboard for typing or sliding.

The Apple Watch Series 7 is available in five aluminium case finishes, along with three steel and two titanium. There is also a range of new band colours and styles, plus the watch offers backward compatibility with previously released Apple Watch bands.

Apple Watch Series 7 models will be available in Australia “later this year”. Apple is yet to reveal local pricing, although it starts from $399 in the US.