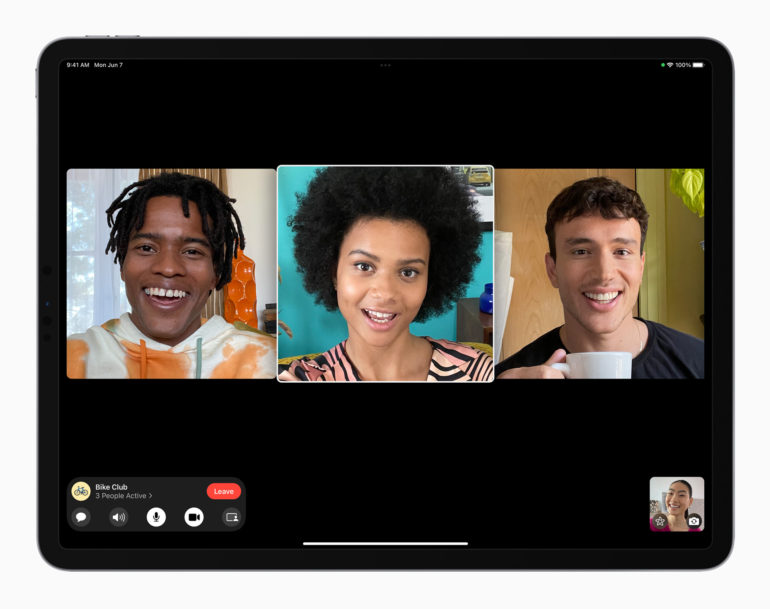 Apple has made several developer announcements, but we highlight those that mean more to the user. The Apple WWDC 2021 Facetime and Siri announcements open Apple’s wall garden to Windows and Android users.

Apple’s notoriously closed ecosystem is slowly opening to the outside world. It teased scant details of new interoperability features at its annual Worldwide Developer Conference (WWDC 2021).

Once again held virtually due to the coronavirus pandemic, Apple WWDC 2021 announced a wealth of new features for the iPhone, iPad, Mac, Apple Watch and Apple TV. Most changes are designed to enhance the user experience. But a few new features open up the tight-knit Apple ecosystem to non-Apple devices.

The WWDC 2021 Facetime and Siri changes allow Apple lovers to interact with Android and Windows users, without needing to step outside the Apple world to use third-party services. While permitting outsiders a rare peek inside Apple’s walled garden, it also reduces the need for Apple lovers to stray beyond those walls.

“It’s not just Apple devices that can use your FaceTime link to join your call,” Federighi says.

“Your friends with Android and Windows devices can use your FaceTime link to join the call right from their browser.”

This chink in the wall of Apple’s ecosystem will reduce the need for Apple users to turn to the likes of Skype, Zoom and Facebook Messenger when conducting cross-platform voice and video calls. Stuck at home during the pandemic, Apple users are likely turning to non-Apple services more often to remain in contact with family, friends and work colleagues.

In another surprise move at Apple WWDC 2021, Apple’s Siri smart assistant is coming to third-party devices. Siri has always been exclusive to Apple hardware, including HomePod smart speakers. Now other brands will be able to add Siri support to their devices.

HomeKit accessory makers will be able to integrate Siri voice control into their products starting later this year. This follows in the footsteps of Google Assistant and Amazon’s Alexa, which have long been supported by third-party smart speakers from the likes of Sonos, Bose and JBL.

Siri on third-party devices is not completely independent. An Apple HomePod or HomePod Mini still required on the home network to route voice commands.

You can read more about Apple WWDC 2021 Facetime and Siri and other announcements here.