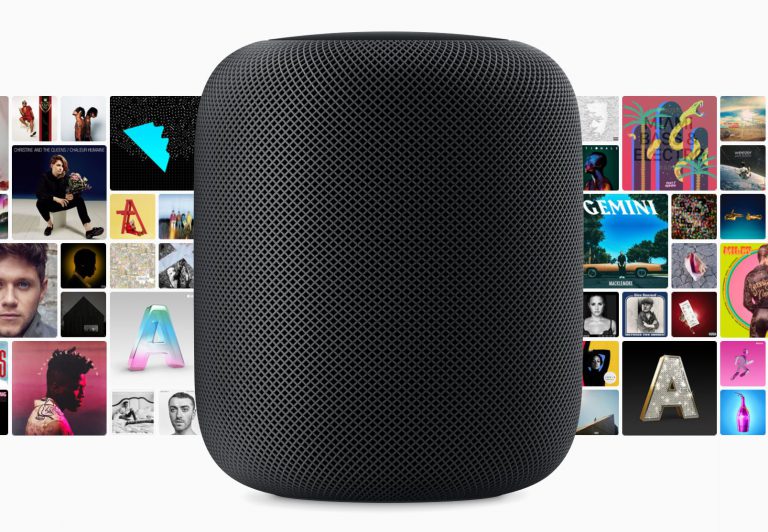 Australian Apple aficionados can exult at the announcement of HomePod. Pre-orders start from 27 January from Apple with delivery and retail availability expected from 9 February.

HomePod is Apple’s take on music delivered via Siri, its voice assistant, and an Apple Music subscription.

Apple claims Siri has developed a deep knowledge of music and understands user preferences and tastes. HomePod/Siri can send a message, set a timer, play a podcast, check the news, sports, traffic, and weather, and even control a wide range of HomeKit smart home accessories.

“HomePod is a magical new music experience from Apple. It brings advanced audio technologies like beam-forming tweeters, a high-excursion woofer, and automatic spatial awareness, together with the entire Apple Music catalogue and the latest Siri intelligence, in a simple, beautiful design that is so much fun to use,” said Philip Schiller, Apple’s senior vice president of Worldwide Marketing.

“We’re so excited for people to get HomePod into their homes, apartments, and businesses to hear it for themselves. We think they will be blown away by the audio quality. The team has worked to give Siri a deeper knowledge of music so that you can ask to play virtually anything from your personal favourites to the latest chart-topping releases, simply by saying ‘Hey, Siri,” he added.

At less than 18cm tall, HomePod represents years of hardware and software innovation:

HomePod is designed to work with an Apple Music subscription for access to hundreds of playlists, genres, moods, and activities. It also learns preferences and tastes that are shared across devices. Using Siri to deliver deep knowledge of artists, songs, albums and more, HomePod can handle advanced searches within Apple Music’s catalogue, so users can ask questions like, “Hey Siri, when was this song released?” or “Hey Siri, can you play something totally different?” to change the mood. Apple Music subscribers can enjoy a catalogue of more than 45 million songs, combined with their entire iTunes library, for online or offline listening — completely ad-free.

HomePod is a convenient way to send messages, set timers and reminders, check the weather and listen to shows on Apple Podcasts. The latest business news, headlines and sports updates stream directly to HomePod from ABC NEWS, SBS News, SEVEN NEWS and FOX SPORTS News. HomePod can also be used as a speakerphone with iPhone for crisp and clear audio quality.

With support for HomeKit, HomePod can control home accessories or set scenes like, “Hey Siri, I’m home,” to control some different accessories at the same time. HomePod can turn on the lights, lock the front door or make other adjustments and serves as the perfect home hub, enabling remote access and automation.