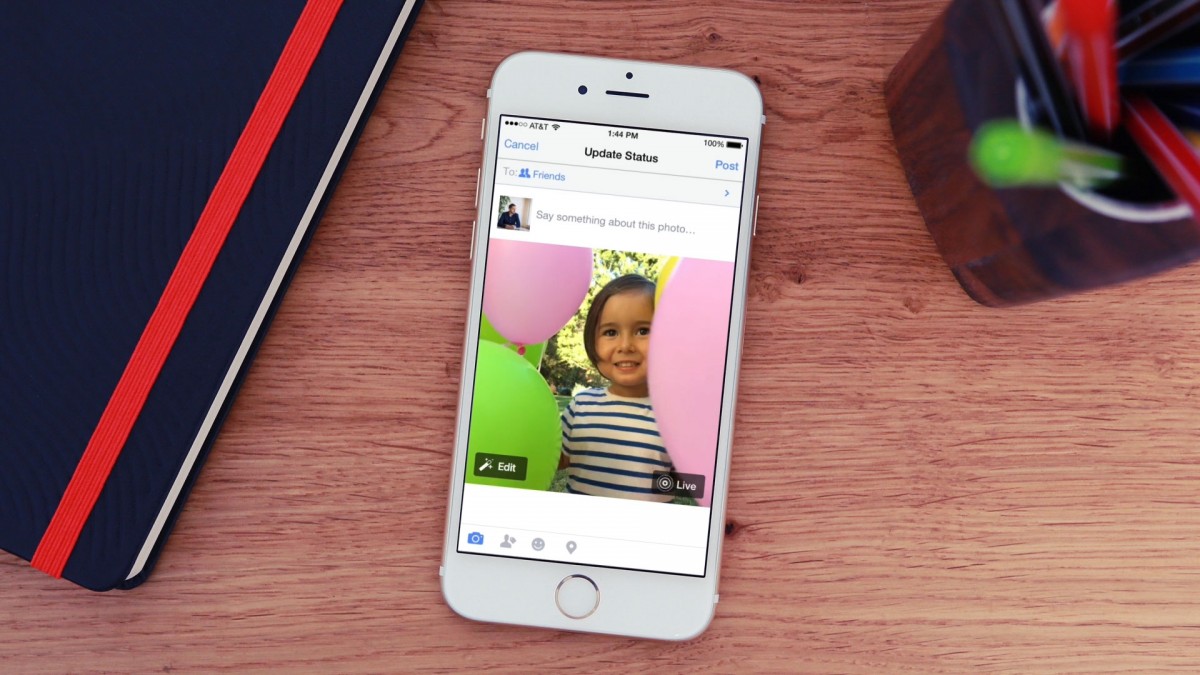 Ever since we reviewed Apple’s iPhone 6S and 6S Plus, we’ve been trying to find a use for the semi-animated “Live Photos” concept, but if you’re a Facebook user, you now have one.

A new feature has been rolled out to owners of the 2015 updates to Apple’s iPhone line-up, allowing those people to deliver the short sound-less movies that are Live Photos from their iPhone to Facebook.

An extra only available to iPhone 6S and 6S Plus owners, Live Photos are essentially very small videos captured at the time an image is captured. Owners of the iPhone 6S series can switch this off if they want, but when left on, it allows images to offer a little more depth at the time of capture, often showing smiles in motion, laughter, and whatever else was going on at the time.

To look at a “live” image on the iPhone’s photos library, 6S owners simply need to activate a 3D Touch on their device when looking at a photo, pushing harder on their screen to turn on the live image and reveal the scene behind the image. If nothing pops up, no live image was captured, but if you push harder and something starts up, that was the live photo that was recorded.

Until now, these live images were just cute inclusions from the iPhone 6S and 6S Plus camera, but now that a social network is actively supporting them, other iPhone owners can see the live data when you post it.

With the latest Facebook app update, whenever a 6S or 6S Plus owner uploads an image with live data behind it, the live information can be selected to be included simply by pressing the “Live” button in the bottom right-hand corner. Leave it unpressed and the image will go online without it, but press it, and a video will be uploaded behind the image.

As for how you and your friends look at the image, Apple sends word that they need to push and hold down on the image to activate the live information, with the image transforming into a small video.

Running it through a bit of testing, we found an iPhone 6S had no problems with showing the live information, while an iPhone 6 couldn’t see the Live Photo at all.

We were told that this is a gradual roll out, that said, so if you can’t see the live images of an iPhone 6S or 6S Plus owner you know, give it time as Apple and Facebook are activating this feature gradually on devices without the 3D Touch technology.

Any device without the tech — say those running Android and Windows — are out of luck, with these loading up simply with an image, the same image that was posted but without live information behind it.