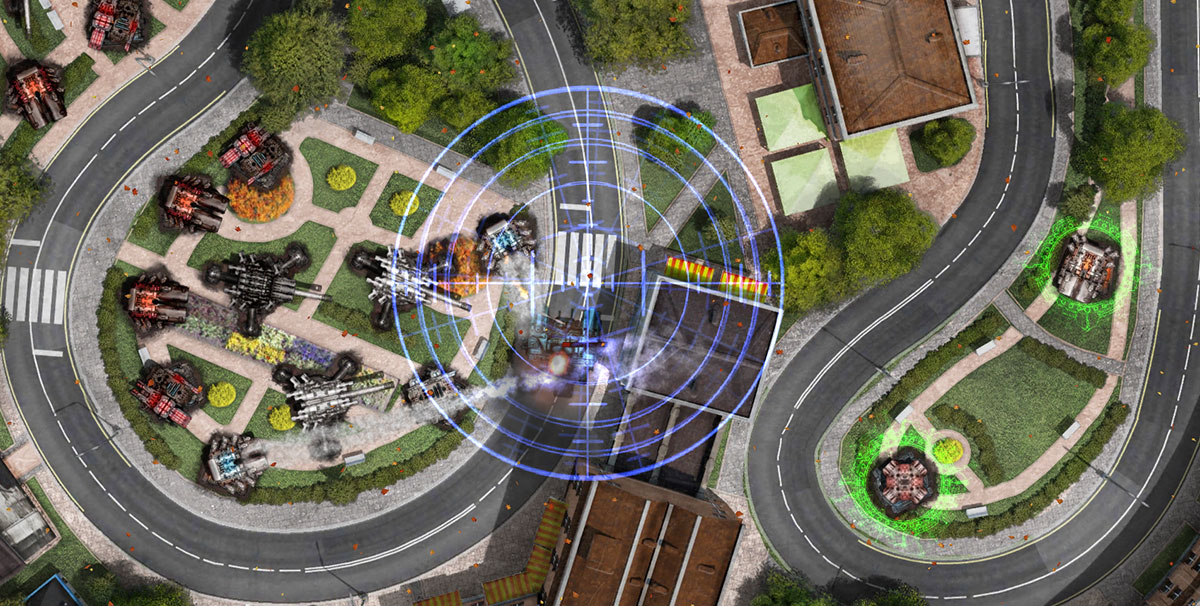 Strategy games haven’t quite found the same comfortable sandbox on tablets and phones that they have on Windows and Mac, but Defense Zone gives it a good thwack with an addictive tower game.

We’re still waiting for the day when we’ll have a good and proper Command & Conquer game for a touchscreen (any day now, EA, any day), but until that point, our desire to build a base and stop an army from walking on by has to be satiated.

Now there’s no shortage of games where you get to build a base and blow up tanks and whatnot, but few have been holding our attention like the tower defence title we’re reviewing here, “Defense Zone 2 HD”.

Excuse the improper spelling, but that’s the way the game is spelled, and it even borrows a very familiar tower defence concept which is this: bad guys are coming along a path, so set up towers and stop round after round of bad guys using advanced cannons and weaponry.

They’ll drive through in tanks and armoured personnel carriers, and even take a giant mechanist assault robot or two, not to mention some aircraft trying to slip by under your radar, and possibly a few armies worth of people, and you need to stop them.

At your disposal are a variety of turrets that you can build, including gun towers, missile banks, a freeze ray (it’s not a death ray or an ice-beam), massive canons, electrocution towers, and flamethrowers, among other things, and you’ll be able to set these up on a path to stop the horde of your opposing forces from getting in.

And then it’s just a simple matter of placing them, working within the confines of the money you have at the time and then realising that the more bad guys you blow up, the more money you make.

Defense Zone 2 HD offers 31 levels of this action, and while you can go at it normally and gain in-game money to build more turrets just by planning strategically and blowing up the bad guys, you can also sit through ads to make its creator a little dough if you need more money or health.

That said, the advertising side of things isn’t necessarily required, and we played the game on a number of platforms before realising what these buttons did.

One thing the game definitely is, and that’s repetitive.

Simply put, there isn’t much more to Defense Zone 2 HD other than placing turrets, upgrading them, and watching bad guys get pummelled by your massive canons.

Some times this random diversion is exactly what you need, and that’s one of the reasons we didn’t mind it, but it would have been nice to see a little deviation, or even the ability to shape your own paths for the enemies to come up on, such as you can in a competing title, “Fieldrunners 2”.

Rather, Defense Zone 2 HD is more about protecting a preset path, and that’s fine, but that can make it appear monotonous, ideal to play when you’re bored or looking to fall asleep.

Sometimes it’s the little distractions that do it.

Defense Zone 2 HD is available now for Android, iOS, and Windows for around $5.