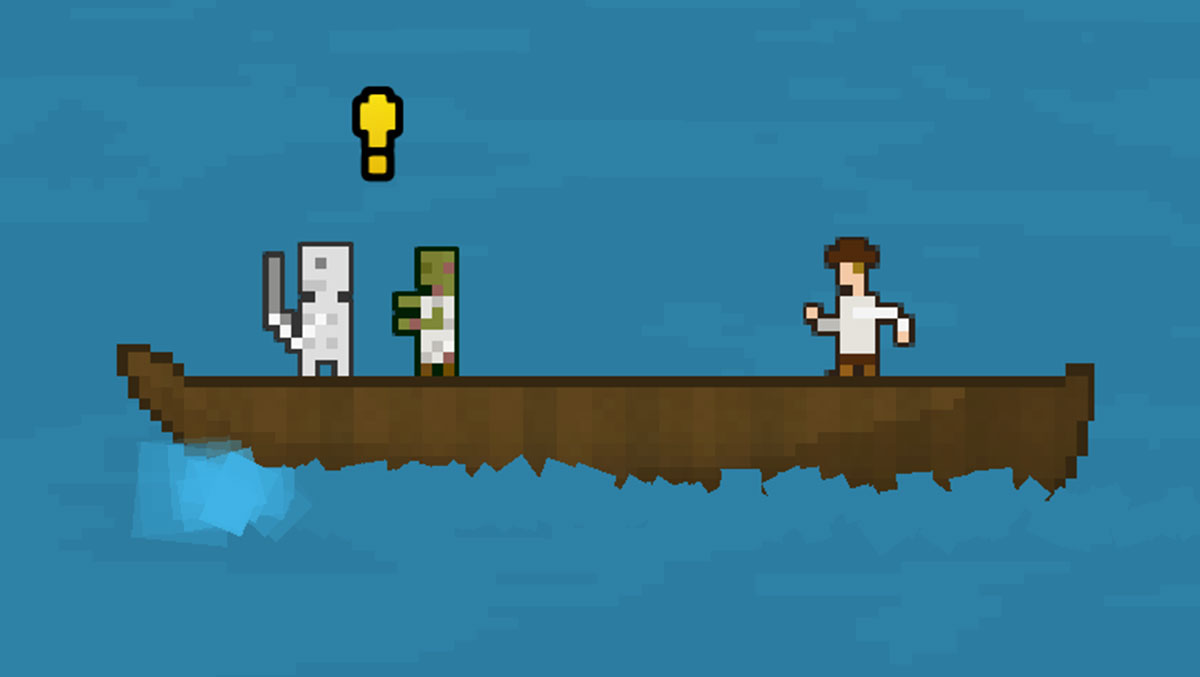 AppMonday: You Must Build A Boat

Games don’t come more addictive than this puzzler, mixing role-playing elements with a pixelated sense of humour and a feeling that Candy Crush and Columns will never be the same again.

Not just any game, though. No, we’re starting the year fresh with a game that has been keeping our attention for quite a few days now, and since it was released in the middle of 2015, its ability to hold that attention for as long as it has tells us just how good this game is.

The game isn’t like every other game either, and yet it’s also like plenty of other titles. In fact, the game is very instructional simply from its name.

You Must Build A Boat.

That’s the name of the game, and more or less the order of the game, because this is a game about building a boat by running through dungeons while matching icons inside a long running puzzle game.

Technically called a “Match 3” game, “You Must Build A Boat” has you match three or more icons in a grid to make actions happen to your little running guy at the top of the screen.

As he runs, he’ll encounter monsters he’ll need to slay, and to do that, you’ll need to match icons of swords and magic staff, with the matching of these icons activating the attack.

You can match shields to protect him from their attacks and match keys to open up treasure chests as you see them, with the idea being everything you match and align doing some sort of action on screen.

In essence, it’s a puzzle game powering an adventure game, because for your little running guy to finish the level, you’ll have to match icons related to what he’s encountering up above.

Think of it as Candy Crush with a point, and imagine if Indiana Jones had to match tiles in a puzzle game in order to cross a bridge or make it out of the spear shooting room, because that’s kind of the idea with this game.

As you try and match tiles to make your little running adventurer progress, you’ll also have time against you, with the more time you take the more chance that it will run out and your run will end.

When that does happen — and it will — you’ll win the game — YOU WIN!!! — and collect any rewards you have won before making your way back to a boat. Your boat, and one you must build up.

Remember: you must build a boat.

That boat of yours needs monsters that will give you in-game reward bonuses, and it needs rooms to let you upgrade your weapons, and upgrade special skills, and upgrade your shields, and knowledge rooms to expand what you know of the monsters you’re righting, and places where you can sell the odd trinkets you pick up while exploring various dungeons inside the game.

The more you play, the more monsters you can hire, and the more trinkets you can acquire and sell, and the stronger your sword and magic staff and magic skills and shield can become, allowing you to take on bigger and stronger monsters as you explore more dungeons.

And that’s the crux of the game: explore dungeons by matching tiles before the time runs out and a monster throws you out of the dungeon.

It might not seem particularly difficult, but it can be, especially as the time begins to run out and you’re struggling to slide the right tiles into place to make a chain reaction of tile matches to win the level.

More than difficulty, though, the game is downright addictive, and because you’re never really losing — seriously, you always “win” — it’s insanely easy to pick up and keep going, because each time you run a dungeon, you’re basically doing it to run out the clock, allowing you to keep running up a score, almost like an old arcade game.

Possibly the best part of the game?

No in-app purchases, meaning you don’t ever have to worry about the game charging you for second or third or fourth purchases. Buy it once and the game is yours, even though the quests just keep on coming, letting you build a bigger boat with more and more monster ship mates, objects to sell for in-game currency, and more dungeons to run.

The worst part, however, is the in-game timer, which tells you just how much of your life you’ve wasted trying to get through this long puzzle game. Just imagine all the things we could be doing with these hours.

Provided you don’t get too addicted, “You Must Build A Boat” is a lot of fun, and serves as a solid little diversion from life with a puzzle game model that always lets you win. Sort of.

You Must Build A Boat is available for smartphones and tablets running Apple iOS and Google Android, as well as Windows PCs and Mac computers, retailing for around $5.