Are arenas the way of the future for drones? 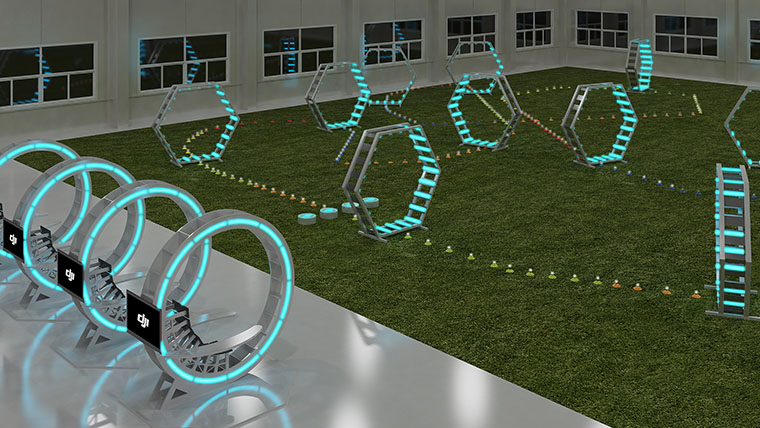 Drones are fun. The ability to see – even photograph or take video of – the world from new angles; the joy of controlling a device travelling in three dimensions; all this and more has made the four rotor drone extremely popular over the past few years. But it has also attracted the attention of governments, who are increasingly regulating the activity and setting boundaries on where and how they can be used.

So you might say we need safe spaces for their operation.

One of the world’s leading manufacturers of commercial and recreational drones, China-based Dà-Jiang Innovations Science and Technology Co Ltd (also known as plain DJI), just might be showing the way of the future for drones, at least for much recreational and sporting use.

This month it is opening in South Korea an arena specifically designed for using drones. Located 50 kilometres south of Seoul, the arena is enclosed and provides nearly 1400 square metres of space for flying. Think of a square space more than 37 metres on each side.

Moon Tae-hyun, DJI Korea’s Country Manager, says “DJI is committed to making aerial technology more accessible and easier to learn for anyone who wants to use it.” He adds, “We hope to provide a safe and fun environment for people to experience the technology first hand, whether they are skilled enthusiasts or someone who is just curious to learn. Best of all, the indoor venue will provide a space for people to fly all year round despite weather conditions outside.”

The arena has configurable courses which permit users to test their skills by having their drones literally fly through hoops. Their onboard cameras can direct their video to large LCD display screens for group and spectator enjoyment. Battery charging stations are provided.

The arena will be available for corporate, group and individual hiring.

DJI’s consumer drones are high performance units for those committed to the activity. The latest flagship model is the Phantom 4, available for around $2400 at the Apple Store, less if you shop around on the Internet, more if you buy directly from the DJI store.

The Phantom 4 comes fitted with a 4K video camera, can fly at up to seventy kilometres per hour, has a flight ceiling of an impressive six thousand metres, and an endurance of up to 28 minutes. It has a host of smart features, including obstacle detection and avoidance, navigation by simply selecting a destination on a smart phone display, object tracking and even a return to home function (again, with automatic obstacle avoidance). Check out this video from DJI: