Arthur and the Invisibles sequels: videogames to coincide with movie releases 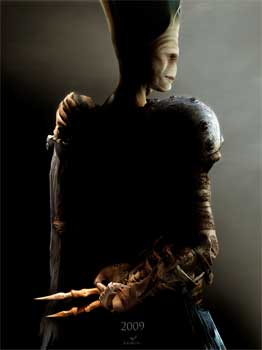 Ubisoft and EuropaCorp announced today that they have signed an exclusive worldwide licensing agreement for the development, publishing and distribution of videogames based on EuropaCorp’s upcoming Arthur and the Invisibles sequels. The games will be available worldwide in conjunction with the next two films: Arthur and the Revenge of Maltazard in 2009 and Arthur and the Two Worlds War for 2010.

Like Arthur and the Invisibles, released in January 2007, the upcoming films will feature both CG-animated and live action sequences. The first episode was distributed in 47 countries, with a $120 million worldwide at the box office and 17 million admissions worldwide.

“Ubisoft’s award-winning creative teams are renowned for quality and innovation, and they have a fantastic track-record when it comes to applying these to license-based games,” said Luc Besson, EuropaCorp. “We are really excited at the perspective of collaborating with these artists, and all the creative possibilities we’re going to discover. By working closely with the development team, Ubisoft is enabling us to help shape the kind of gaming experience that we will be proud to associate with the sequels to Arthur and the Invisibles.”

“Ubisoft is thrilled to be working on a rich and exciting universe that was born in the mind of such a talented creator as Luc Besson,” said Yves Guillemot, Chief Executive Officer at Ubisoft. “Through this creative association, Ubisoft shows its dedication to bringing intense emotions inspired by the movie industry to interactive games. In the Arthur and the Revenge of Maltazard and Arthur and the Two Worlds War games, players will be able to experience all the power, drama and emotion of the films thanks to the interactive possibilities provided by the games.”