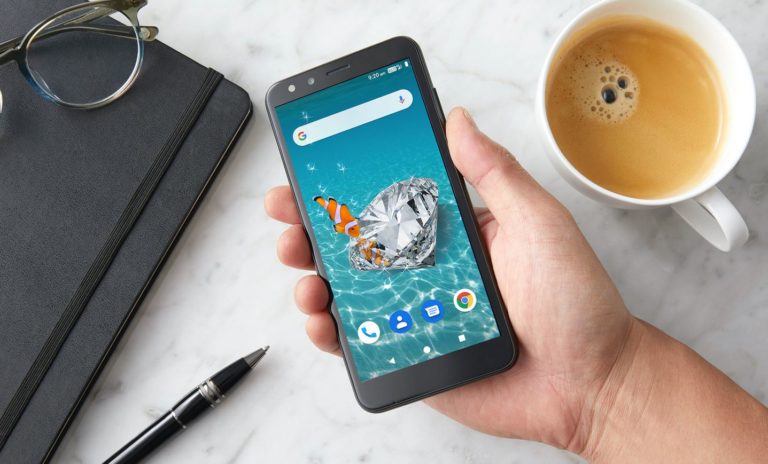 I want to start with a compliment – the Aspera Gem 4G dual sim is all you can expect from a $149 phone.

No, it is not a backhander – the Aspera Gem 4G dual sim passes most of our test parameters which admittedly are for testing phones costing several times as much.

Now with the Aspera Gem 4G dual sim, it is important to match expectations with the price – no champagne on a lemonade budget.

And that is what the Aspera Gem delivers. The more I reviewed the Aspera Gem, the more I decided that that is a ‘what you see is what you get’ device. And to that end, it is not too shoddy.

You only need to ask what you need a $149 device to do? We will use FAIL, PASS or EXCEED against test criteria.

Who is Aspera? PASS

Aspera Mobile (website here) is based in Sydney and sells Aspera Easy phones, Rugged phones and Smartphones. The bulk of its products are from $79-199 with the Aspera R8 Rugged at $399.

MobiWire – a Chinese ODM (makes for other brands) makes the Aspera Gem. I suspect it makes much of the Aspera range.

What more do you need? A screen protector would have been ideal.

Often compared to a circa 2013 Qualcomm SD 410 but it runs slower and hotter.

It has 2GB LPDDR3-667 memory and uses over half that at idle. It is not capable of effective multi-tasking. But there is a little secret app installed called Duraspeed by Mediatek. It aggressively (and often indiscriminately) disables background apps to make new apps load faster. But I suspect this slows the overall system speed down. We found a switch to turn it off and limit certain background apps and performance went from very slow to slow.

Storage is 16GB eMMC (11.2GB free and the slowest type of storage) and low-speed expansion is via up to 64GB microSD.

Throttling is particularly evident, and it gets hot under load

Maximum GIPs (instructions per second) is 33,000, and after a minute of use, it drops 35% to 21,000. Not surprisingly, if you place it in front of a fan (Thanks Mr Dyson), it momentarily recovers then goes off the cliff again. Let’s just say heavy loads are not its forte. You should expect this of any $149 phone.

Dual sim – both connect to Australian 4G networks, but only one can be active and have data at a time (you can swap but it takes a reboot to enable). It is VoLTE capable (at least on sim 1). We could not find if it supports VoWiFi (likely not) but it supports Google Duo.

Signal strength -91 and -95dBm finding the closest and next closest tower (which is like the Samsung Galaxy Note10). Maximum DL/UL speed was 27/10Mbps (abouit 20% of the Galaxy Note10).

Micro-USB 2.0 is for charge and data. Data transmission was 120Mbps (theoretical max 480Mbps)

Aspera claims it has BT 5.0 LE with SBC and AAC codecs. Our test software found BT 4+, but regardless it is of little consequence as it seems to only have about a 10 metre BT transmission distance.

We tested the BT with a Sony WH-1000Xm3 that supports all major codecs. It only connected via SBC despite setting it to LDAC (Opus) and AAC in the Developer options.

FM Radio – uses supplied 3.5mm buds. These are generic and have an in-line mic control.

No NFC – not expected at this price so you cannot use Google Pay.

Assisted GPS. Signal acquisition was often two to three minutes from power-up. It was too slow for real-time car navigation often missing the turn by metres before announcing it. It is fine with Google Maps if you are not relying on speed or pinpoint accuracy.

The single earpiece speaker is fine for voice and ring tones reaching 72dB (low but adequate). It does not have a sound signature that we could identify. The frequency response range is simply not there – more optimised for mid-range voice.

Handsfree is adequate, not loud, with callers commenting that we were in a tunnel! There is a single, non-ANC mic.

Like a lot of lower-cost devices, it lacks things like an e-compass, gyro or barometer. It was hopeless as a step counter (pedometer) giving wildly inaccurate results over seven days for the same trek.

Android 9 (no update policy given). Given its 2GB of RAM and its cost, it is unlikely to be upgraded to Android 10.

The security patch is 5 September 2019 – we would expect at least quarterly updates.

Android 9 will work in 2GB but do not expect any speed when opening apps or browsers.

The Fingerprint sensor on the back is finicky with approx. 80% accuracy but as you can’t use Google Pay that is not an issue.

2D Face recognition is extremely patchy. It works in good light taking from seven to 15 seconds. We recommend a PIN to secure it.

2500mAh removable. The battery has a low charge/discharge cycle. Our test software indicates 200 cycles or a year or so of daily charging.

Black plastic chassis and a removable back. Sim x 2 and microSD under the cover. It is quite solid, and apart from no screen protection, it should last the warranted distance.

This is a ‘social media’ sensor/camera good for day and office light. It has a narrower field of view than most. The high aperture (f2.8) and small pixels (1.12um) make it ill-suited for low light. The basic AI is post-processor related and tends to induce too much noise into images.

Very soft focus and limited definition (yes, the lens was clean). Way too much noise in the sky/forest.

Interestingly the preview message was ‘not enough light’, so we turned on additional warm white overhead LEDs. Colours are washed out (the Sudoku book and the rear appliances are fire engine red and the Avocado in the baclground near the jug is green). There is a lack of crisp definition and considerable noise. The unit does not do bokeh despite having a portrait setting.

The image speaks for itself. Huge noise, no colours and no definition.

Surprisingly it did bring up the brightness but injected way too much noise into the image.

It is what it is. Acceptable daylight shots and forget anything else.

The sensor is widely used in low-cost devices and has a narrow field of view – good for one person, and again, the high aperture and small pixels make this ill-suited for office and low light.

There is a small, low intensity, 5500-7000K LED flash to its left – that is handy and may help with lower light selfies.

Selfies were noisy (grainy) except in bright sunlight.

As I had never reviewed Aspera, I did some research first and read a few reviews on this and other Aspera products.

I was unimpressed at how shallow and repetitious the other reviews were. Clearly none used the product for any length of time, or if at all. Most simply regurgitated the press release. So, if anything that made me more determined to provide accurate statistics and tests. And I admit that is not fair to apply the same tests to a $149 phone because you buy on price, not specs.

It is what it is – a $149, 4G dual sim running Android 9. It has a low visibility screen, perhaps one of the worst cameras I have seen, it is slow, and the GPS lags so badly that it cannot do turn by turn navigation at speed.

But what do we expect of a $149 handset that has taken a value hit by the weak US/AU dollar rate? If this were $99 (as Aspera admits it should have been), it would be exceptional value, even at $129 it might sneak in as one of the better affordable handsets.

There is a huge gap between it and the next level – and frankly, if you had $50 to $150 more, you would get far better value and amenity.

Note this is not Aspera’s fault.

There has been a lot of activity in the pre-paid space and most phones have later tech – larger screens, faster processors, more RAM/Storage, better camera… Look at these (my choice under $200 would be the Mintt Duo 3 or A3 and under $299 the Mintt X3 both with a 2-year warranty).

As a $149 phone the Aspera Gem 4G dual sim scores relatively well for features versus value. But we suspect that the compromises to get to that price are a step too far.

Spending an extra $50 to $150 will get you so much more. We looked at the specs of its Aspera Swift at $179, and frankly, it too is based on ‘ancient’ tech so it is hard to recommend.

Val Quinn, Channel 7 Sunrise GadgetGuy will bring all the news live from Mobile World Congress, Barcelona, 24-28 February. The theme this year is Limitless Intelligent Connectivity (trying to breathe life into the stillborn 5G). The exhibitors’ list is here