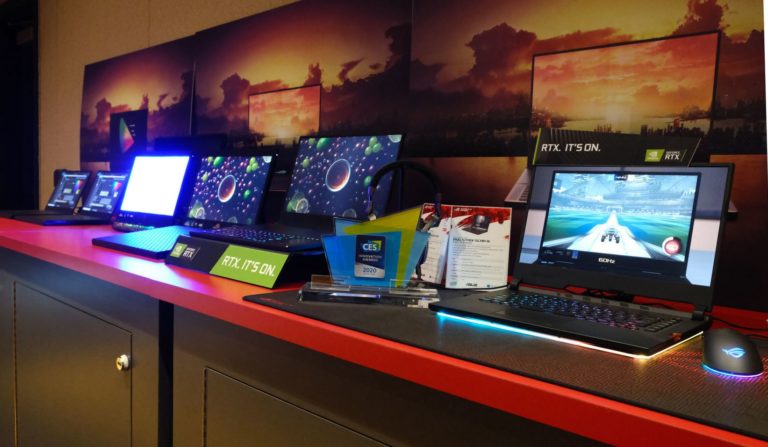 ASUS at CES 2020 was all about its new ROG products – desktops, laptops and monitors.

The ROG announcements from ASUS at CES 2020 put it well ahead in both the extent of the range and in new technologies like 240Hz refresh monitors and 300Hz laptop panels.

Now GadgetGuy seldom reports on gaming gear (perhaps the sexagenarian editor has something to do with that), but we love ASUS products so here is an overview of ASUS at CES 2020.

Coming to OZ in April these compact 10kg desktops (with a carry handle) are perfect for taking to LAN parties and tournaments.

High performance always means high heat loads. The CPU, GPU and motherboard are isolated in the main chamber, while the storage bays and power supply sit below in a separate cooling zone. The dual-chamber features widened exterior vents, and the GA15 has noise levels typically under 35 dB.

Claimed to be the World’s Most Powerful 14-Inch 120Hz FreeSync Gaming Notebook. It has an AMD Ryzen 4000 Series Mobile Processor, GeForce RTX 2060, up to 32GB ram and NVMeSSD storage in a reasonably thin 17.9mm/1.6kg chassis. It has USB-C, USB-A and HDMI 2.0b along with all the bells and whistles required by gamers.

ASUS showed off its ROG Swift 360Hz monitor which it claims is currently the world’s fasters gaming monitor.

You can read more at ASUS CES release here and the ASUS ROG website.