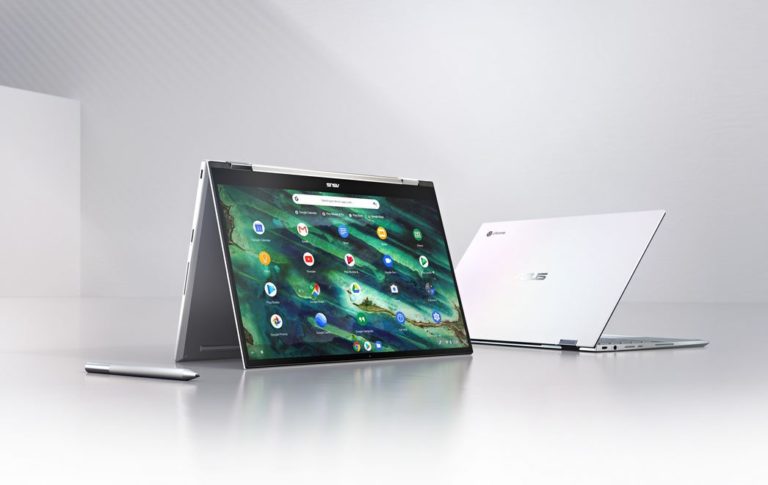 There was a time that Chromebooks (low-powered laptops with Chrome OS) were the province of students and the financially challenged. The ASUS Chromebook Flip C436FA presents a pretty good case to change that perception albeit at a price rivalling mid-range Windows laptops.

What is a Chromebook?

It runs a very light Chrome OS were mainly Google’s app (exclusively from the Play Store) run in the Chrome web browser, cloud-based ‘container’. For the most part, you will need an active internet connection. Although many of Google’s mainstream apps run off-line.

But this is not low-cost and has specifications you would expect in a good mid-range Ultrabook. It is an Intel’s Project Athena design for long battery life, always-on, laptops.

It has the power to run many Android apps locally under an ‘emulator’ requiring more processing power, touch screens, RAM and some storage. This has been at the expense of the legendary battery life.

Would I buy one?

Before you rush out and buy, see if you can take one for a test drive.

If all you do is word processing, email, calendar, etc., then the Chrome G Suite may be fine. You should consider one if you were thinking of Windows S, Android or iPadOS.

If you are a heavy Windows or macOS user, it won’t be for you. Nothing that runs on Windows or macOS will run on Chrome OS – unless there is an app that does similar things. Note that the G Suite has support for Microsoft file formats.

My opinion – and I am not a Chromebook user. After using the Chromebook for two weeks, there is no way it can replace my Windows Surface Pro 7, dual 27” screens and run big Excel spreadsheets or handle large Word docs. Apart from that, it found printers, networks and did most of what I needed.

A note on price

At this price, you can buy a pretty good Windows 2-in-1 touch laptop.

Note that some of our test software suites did not work on Chrome OS, limiting our testing regimen. We use FAIL, PASS and EXCEED against test paradigms. PASS means that it meets the levels we expect for the price or level.

Premium, mag alloy and the 360°hinge works well as tent, flat or as a clamshell.

It does not flex, but the alloy finish could be prone to scratches.

You can download Android Apps from the Play Store. We found many of our Android Test suites would not work as the device is 16:9 landscape or they simply were not compatible. These apps run under some form of Android 9 emulator emulation

Still, the Play Store offered alternatives, and we got most of what we needed.

You can also load some Linux apps – not tested.

The key to a Chromebook performance is to use the Chrome OS native apps.

The throttling test shows what happens under 100% load for 15 minutes. It also shows the thermal efficiency of the chassis.

This throttled 39% within a minute of the test start. Now I am not a regular Chrome user, so I cannot comment if this is normal, but gamers may decide that this is not for them. Fan noise also appreciably increased to 38dB – it was not loud. The external temperature increased to 42° – acceptable.

Gamers, please note – Chrome does not support Vulcan and would not run our GFX Bench, or Geekbench 5 compute graphics tests.

It has NanoEdge effectively fitting a 14” display into a 13.3” chassis. It is glossy – reflective – that means it is not great in direct sunlight. Touch is also a little imprecise which is odd given it supports an active digitiser.

We can’t find any specs on pressure levels, tilt or other drawing tools so have to assume it is a basic 1024-level, non-tilt stylus more for not taking and annotation.

A reasonable 1.2mm throw but a light actuation (spongy) and lack of feedback make it easy to make mistakes. It also exhibits a fair degree of keyboard bounce towards the middle. It is a keyboard that you need to get used to. I missed the Caps Lock key.

The keyboard brightness (Alt Brightness) has five levels shining through letter cut-outs. You need this as the alloy paint keycaps tend to lose ‘letter’ definition in daylight.

The 130x66mm trackpad is a little imprecise and downwards scrolling often required you to use the down arrow (remember everything is really inside Chrome Browser).

The fingerprint reader passed 100% of 10 tests.

Quad speakers – two are under a grill at the rear under the screen and a further one on each side.

Harmon Kardon may have tuned them but they lack a full frequency response. By that, the rear speakers work most effectively in tent mode and the side speakers in clamshell mode. Sound is a little confused.

Maximum volume is 78dB – good enough for personal use, and the sound stage depends on the orientation. In clamshell mode, it is wider than the body. In tent mode, it is quite narrow.

There is a little chassis vibration and evident distortion at full volume. If you back off a tad, it is fine.

Subjectively it is a mid-centric sound signature for clear, crisp voice rather than for music. We could not locate an Equaliser.

The quad mic array is effective for voice meetings.

There are two USB-C 3.1 Gen 1 5Gbps ports – one on the left and one on the right. Both can be used for Data, charge and ALT DP (maximum two external monitors).

While signal strength was good, it refused to connect our NETGEAR Nighthawk AX12 router’s dedicated 5Ghz AX band at more than 100Mbps. It would connect to the dedicated 5Ghz AC band at 866Mbps.

It is PCIe NVMe 3.0 2-lane meaning it maxes out at about 15000/900MBps sequential read/write. If it were 4-lane, it would achieve up to 3000MBps. That is plenty fast enough for local storage as ChromeOS is not for larger files or disk-intensive tasks.

This review gave me a chance to update my Chrome skills. The interface is intuitive and easy to use. The range of apps (now with some Android apps) is fine.

But Chrome to me is not for power users, yet the ASUS is vastly stronger than any other Chromebook I have tried. It is a sledgehammer to crack a nut.

So, it is undoubtedly one of the best, but it needs the right user to make the most of it.

Rating it is a little hard. It PASSed every test and EXCEEDED only for its good looks.

If I rate it as a Chromebook (that starts from $349), I need to justify the price. So the rating is an amalgam, and I am going to settle for 4/5 (subjectively – not purely objectively).

You can read other GadgetGuy laptop reviews here.