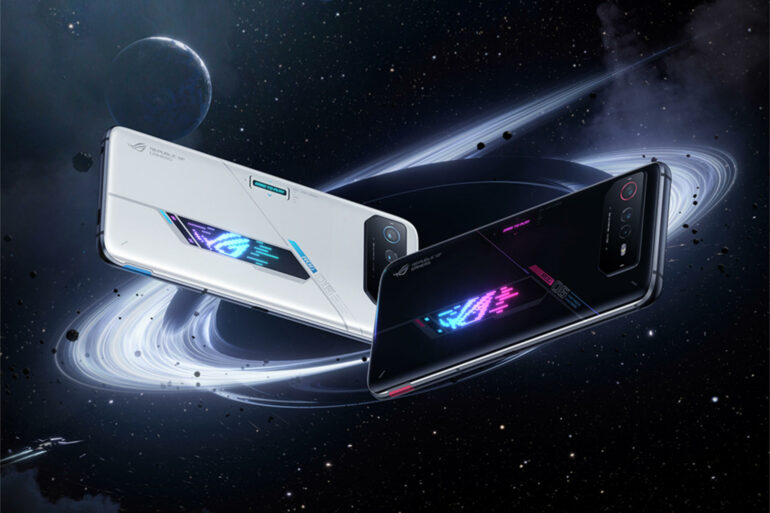 A new hardcore gaming phone from Asus is on the way, with the ROG Phone 6 Series announced at the company’s recent For Those Who Dare virtual event.

Under the banner of Asus’ Republic of Gamers range, two phones are included under the 6 Series banner: a base ROG Phone 6, plus the ROG Phone 6 Pro. Both Android phones are fairly similar under the hood, using the latest Snapdragon 8+ Gen 1 processor and an improved Qualcomm Adreno GPU with 50% better performance, according to Asus. The duo features a 6.78-inch AMOLED HDR10+ display capable of a speedy 165Hz refresh rate.

On the display, the ROG Phones 6 Series lets you adjust the refresh rate depending on what you’re running, which would no doubt help save consumption on its already-large 6000mAh battery. This includes various refresh rate increments between 60-165Hz, and additional performance tweaks to suit different games, so you can pick what fits the task at hand.

As for the differences between models, the Pro version, available in Storm White, comes with 18GB of LPDDR5 RAM and 512GB as standard, while the base model – offering Phantom Black as another colour option – starts at 8GB of RAM plus 128GB of storage. The other main difference between the ROG Phone 6 Series pair is the two-inch OLED rear display exclusive to the Pro.

Expect to see the ROG Phone 6 Series arrive in Australia sometime in August, along with local pricing details to come soon.

Alongside the ROG Phone 6 Series announcement, Asus revealed various accessories for use with the phones and other gaming hardware. Specifically for use with the phones is the AeroActive Cooler 6, an ergonomic clip that fits on the rear, helping keep the phone and your hands cool. It communicates with the ROG phones to set one of three active cooling modes, which then uses a fan and thermoelectric cooling chip to help prevent overheating. There are also four buttons included for gamepad-like control with games that need multiple inputs. And, as with anything gaming-adjacent, it has RGB lighting.

Mobile gaming is growing in popularity, with fully-fledged versions of large franchises like Call of Duty and Fortnite widely available on portable platforms. This market is likely what Asus is aiming for, and the specs certainly look impressive.