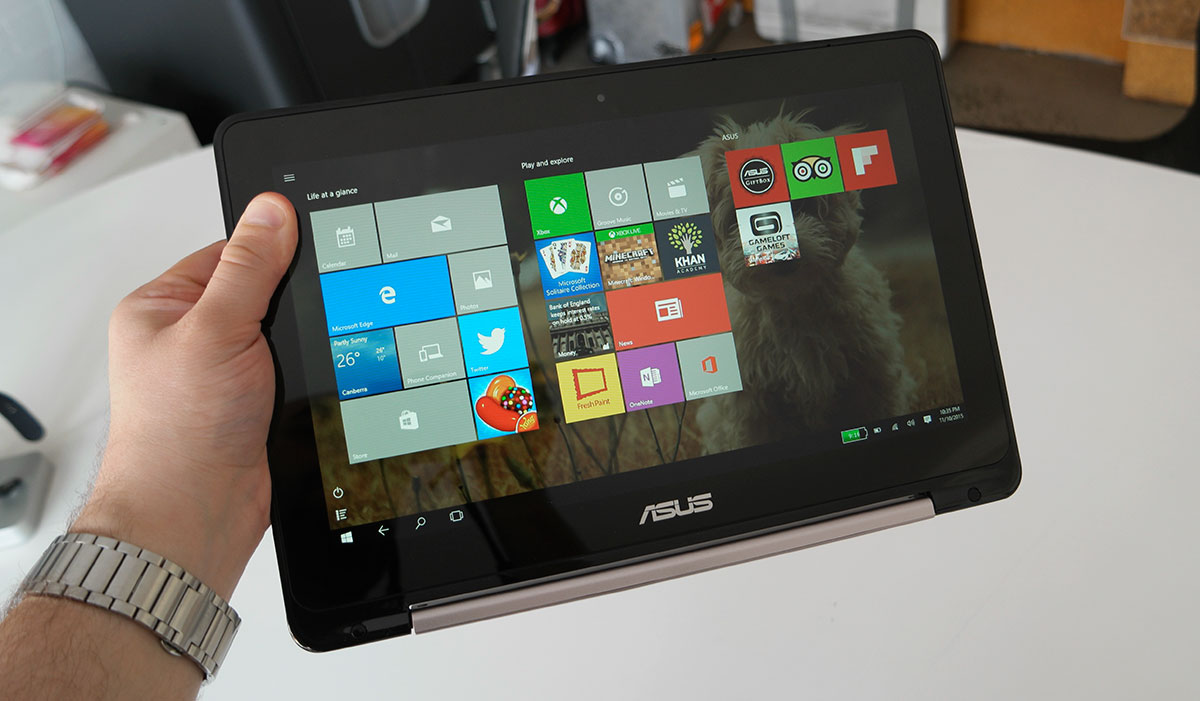 The next generation of computers will arrive with a next generation port for high-speed data transfers and charging on the one connection, but what if you want a computer now ahead of the future: can you find the Type C port in something without busting the bank?

Intel’s sixth-generation Core processors may be just around the corner for new computers, but that doesn’t mean every machine will be getting one. To prove that, Asus has launched a new budget machine boasting something that isn’t a Core and isn’t even an Atom, with the Celeron making an appearance.

You’ll find that in the Asus Transformer Book Flip TP200, an 11.6 inch notebook boasting that Intel dual-core N3050 Celeron processor, sitting alongside 2GB RAM and 32GB storage, with Microsoft’s Windows 10 loaded on the computer out of the box and ready to go.

If 32GB isn’t enough storage for you, as a bit of a bonus, Asus has included a 32GB microSD card in the box to add more storage on top of the 32GB you find inside the computer via the included microSD slot.

Connections to the computer are fairly varied, with a few more than you might expect from a small computer, providing wireless support over 802.11ac (and 802.11a/b/g/n because of backwards compatibility), with Bluetooth 4.1 also supported, while physical connections are catered for with one USB 2.0, one USB 3.0, one USB 3.1 Type C, a microHDMI port, and a 3.5mm headset port.

Asus also equips the TP200 with a proprietary charge port that appears to resemble microUSB, but isn’t and is instead reversible.

The computer also features an aforementioned 11.6 inch display, with this running the high definition resolution of 1366×768, with the technology for the screen being In-Plane Switching (IPS). Support for touch is included here, too, with multi-touch support built into the display.

A small camera can be found above the screen, providing VGA camera support.

The latest stab by Asus at the entry level world is an entry in its long running Transformer series, as we see the Transformer Book Flip try the computer world one more time (this time with feeling).

Earlier in the year, we checked out a computer in this series, and while we used a lot of words to review it, “underwhelming” would be the one word review we’d go with, giving the TP500L 2.5 stars for its mediocre design, heavy weight, low-end screen, and a general feeling that it was severely overpriced.

Almost a year later, here we are with another model, dropping down in size and specs as Asus remakes the Transformer Book Flip series for a different price point.

In a way, the Asus TP200 can be a little deceiving, offering a solid looking top, but then letting the look go with the feel, which is all plastic once you go past this, except for the glass covering the display.

That said, in the hands the 1.2 kilogram weight isn’t too horrible, even if the plastic build quality isn’t great. If you’re used to two and three kilogram laptops, the 1.2kg weight isn’t hard to get used to, and while the hinge technically allows the device to work as a tablet, a 1.2 kilogram tablet is a little strange.

Set the screen up in a perpendicular position, however, and you’ll find the Asus TP200 works just as well as a laptop, if not better.

In fact, Asus has also made some improvements to its formula of building a budget PC, and we’re delighted to see that an improved look as to what constitutes a display has been considered.

While the high definition resolution of 1366×768 is nothing to really cheer for — hey, you can find Full HD panels on computers this size, so it’s not a huge thing — it’s good to see that Asus has moved on from its low-grade Twisted Nematic screens, switching it out for one of the superior In-Plane Switching panels, offering decent viewing angles, a fair amount of brightness, and the knowledge that you won’t have to twist or crane your neck to find the right viewing angle.

In others words: freakin’ finally, an Asus laptop display that won’t make you want to throw the computer out a bleedin’ window.