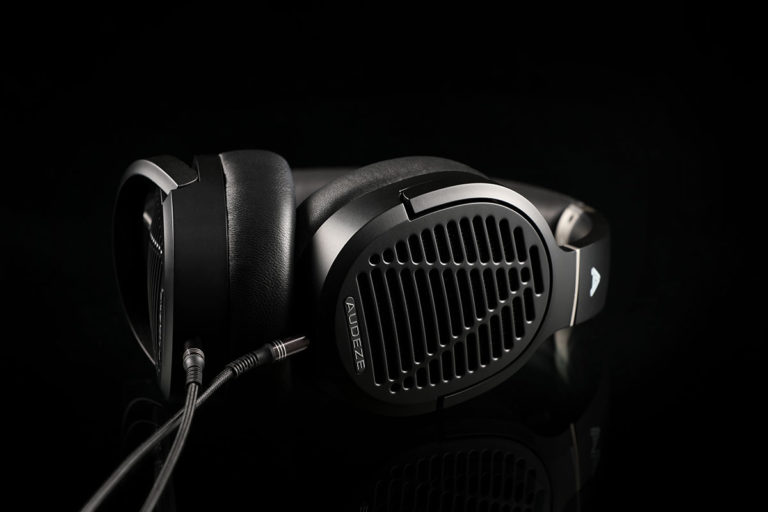 Audeze is one of those brands you have to go looking for. With its higher-end headphones pushing $8,000, it’s clearly serious about the head gear business. But here I’m starting at the bottom of the company’s premium range with the Audeze LCD-1 open back, planar magnetic headphones.

Okay, there are a couple of terms of art in there. “Open back”? Traditionally headphones were like two cups on a headband, with some kind of mini speaker on the inside firing towards the wearer’s ears. The cups were enclosed. That largely eliminates leakage of sound from the headphones and reduces sound from the outside impinging on the listener’s enjoyment. Then in the 1960s Sennheiser popularised the idea of open-backed headphones. Yes, they shared what you were listening to with others in your vicinity. Yes, they allowed a lot more environmental noise in.

But they also provided a wildly more “open” sound, and airier feel to the music. Kind of like removing the headphones completely. Perhaps it was getting rid of the necessity for compressing the air into a small enclosure. But it remains quite a significant characteristic of open-backed headphones.

The other slightly unusual term is “planar magnetic”. Most drivers in headphones are like miniature loudspeakers, with a coil of wire around a cylindrical former inserted into magnet. The front of the former is attached to a cone, and it’s this which pushes the air to and fro. Planar magnetic drivers use a flat diaphragm with the coil arranged as a spiral over the diaphragm’s surface. Magnets are place in front and behind the diaphragm. The principle is the same, but the spiral is applying its force more evenly over the diaphragm, allowing lighter materials to be used. Planar magnetic technology used to be the preserve of extremely high-end gear – thousands of dollars – but it has now permeated down into the somewhat affordable price bracket.

The earpads use lambskin leather over memory foam, so says Audeze. The memory foam pads have a very short memory. They felt more to me like regular foam, spring back to their original shape immediately. (Which is fine by me. I find memory foam slightly, yet inexplicably, creepy).

The pressure on my head was low. After a couple of hours of wear, I realised I should be paying attention to comfort, and then realised that if they were anything less than perfectly comfortable, I would have noticed by then. The included cable is covered in woven cloth and is around two metres long. On the source end it is terminated with a 3.5mm plug, but a 6.35mm adaptor plug is included so that it can be used with quarter-inch headphone sockets. On the other end the cable splits into two with 3.5mm plugs on their ends to plug into the two headphone cups. This would be unremarkable except that search as I might, I could not find left and right markings on plugs. So there’s a fifty-fifty chance you will have reversed the channels. [UPDATE: Silly me. The plugs that go into the earcups are stereo, so they both can carry both left and right signals. So it does not matter which way around they go, the channels are correct.]

The Audeze LCD-1 headphones are “Handcrafted in California, USA”. They boast power handling of five watts. Don’t do it! With a sensitivity of 99dB for 1mW of input, they’d be producing something like 136 decibels at five watts input, well beyond the threshold of pain and rapidly leading to hearing damage. Their input impedance is quite low at 16 ohms. The rated frequency response is 10 to 50,000 hertz.

The Audeze LCD-1 headphones come with a nice firm carry case. The cups can swivel for a narrower carry, but they don’t go in the case that way, so it ends up around 90mm thick.

Listening to the Audeze LCD-1 headphones

I started my listening using a digital stream from my computer converted to analogue by a Marantz HD-DAC1 headphone amplifier. This has enough reserves of power to crush any headphones into submission, and a mid-to-low output impedance of around 12.5 ohms.

Janis Joplin’s 1969 album I Got Dem Ol’ Kozmic Blues Again Mama! is a frequent go-to for me, both for assessing audio gear and also for sheer pleasure. Recording gear back in 1969 was way short in quality compared to today. But against that, there was little in the way of dynamic compression and other sound processing. So there’s a certain transparency in the sound, should your listening gear be up to the task. The Audeze LCD-1 headphones were certainly up to the task.

The drumming burst forth with particular liveliness, and the brass seemed quite unrestrained, but without any harshness. There was a good open and airy feel to the sound. That particular recording is marred by some very low frequency noise which has no correlation to the music. I suspect that the producers didn’t have speakers capable of producing the 27.6 hertz of the deepest elements of the noise. The Audeze LCD-1 headphones certainly can reproduce it. There won’t be much bass missing from your music with these headphones. And the overall tonal balance was extremely good, with a slight leaning towards brightness.

How about some Dire Straits

Nine years pass and Dire Straits releases its self-titled debut album. Dire Straits would later go on to release one of the first mainstream rock digital recordings (Brothers in Arms), but I have to say that even the first album is impressively engineered. The Direct Stream Digital version I listened to through the Audeze LCD-1 headphones was very, very close to perfect. It was tight with almost unbelievable detail. The sound was a touch more stereotypically “hifi” than my current headphone favourites, the Focal Elear, but I suspect many others will prefer them. This “hifi” aspect manifested in the cymbals biting a touch above accustomed levels. That said, in tracks where the cymbals were allowed to sustain, such as “Lions”, that slight treble prominence transformed into a sweetness and additional detail that (sacrilege, perhaps?) outperformed the Focals.

Listening to the Audeze LCD-1 headphones on different gear

I switched, then, over to a Pro-Ject Audio Pre Box S2 Digital DAC/headphone amp. This doesn’t have anywhere near the power of the Marantz unit, but it has a much lower output impedance of around one third of an ohm. The nominal impedance of the Audeze LCD-1 headphones is just 16 ohms. Planar Magnetic headphones don’t, typically, exhibit much variation in impedance across their frequency range, so the output impedance of the headphone amplifier should make little difference. But somehow the Audeze LCD-1 headphones, without changing their overall character, seemed more intimate and even more transparent through this little amp than the bigger (and more expensive) Marantz.

Finally, I dropped off the 3.5mm to 6.35mm plug adaptor and mated the headphone’s plug with the sockets of a couple of portable players. One was a high-resolution portable Pioneer audio player, while the other was the last of the old iPod Nanos. Both have only a few ohms of output resistance. And both were able to drive the Audeze LCD-1 headphones to plenty high levels. The Nano was pretty harsh on “Exit Music (For a Film)” from Radiohead’s OK Computer. The Pioneer was much nicer – although there was still a bit of zing on the higher frequencies. Perhaps it was the fact that I had the FLAC version of the track on the Pioneer and an MP3 version on the iPod Nano.

Nicer still was switching back to the Pro-Ject box. It seemed to control the high frequency excesses on this track. Remember, with headphones what you’re hearing is not mediated and mushed by metres of air between the transducers and your ears. The space is reduced to millimetres. Going back to the Marantz DAC, with its slightly higher output impedance, the treble on this track was up a touch more. And with the Pro-Ject and Marantz listens, I was using the FLAC version. So, it seems, MP3 was innocent and output impedance was the culprit.

Which leads me to suggest that the ideal source device for the Audeze LCD-1 headphones is a dedicated, low impedance headphone amplifier. I didn’t try the headphone output on a home theatre receiver. But since they’re typically in the hundreds of ohms, I suspect performance may be problematic.

You can read more about the Audeze LCD-1 headphones here, and purchase them from here, if not at your favourite hifi shop.

Features
Value for money
Performance
Ease of use
Design
Delightful sound
Handles high power
Carry case included
Open back allows sound to leak in and out
4.7