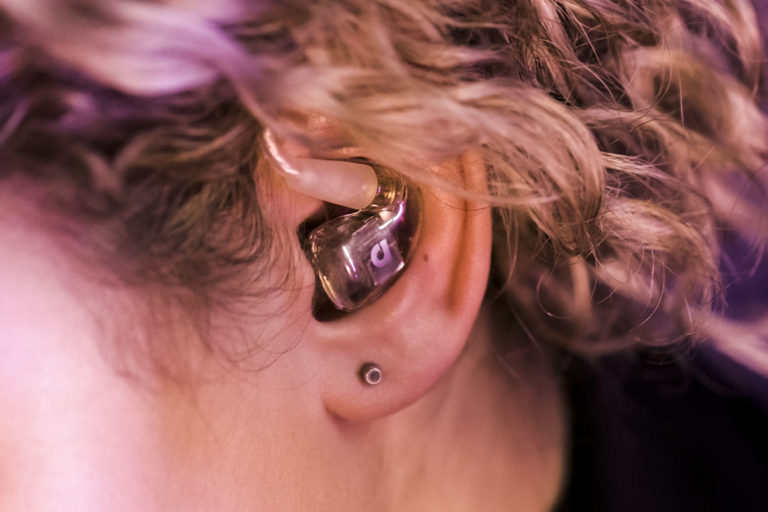 We’ve previously looked at Audiofly in-ear monitors. But this time we’re going to the top of the company’s range with the $850 Audiofly AF1120 Mk2 IEMs.

About the Audiofly AF1120 Mk2 IEMs

Regular readers may recall how taken I was towards the end of last year with the Audiofly AF180 Mk2 IEMs. The Audiofly AF1120 Mk2 IEMs are one up on the product list and are, in short, a bit more of everything. Like the cheaper model, they are three-way units using bass, midrange and treble balanced armature drivers, and a passive crossover network to divide up the frequencies. However, there are two drivers for each frequency band. So the two little earbuds each contain six drivers.

I’m guessing that the balanced armature drivers are the same, even though there are more of them, because this arrangement has resulted in the impedance falling from 16 ohms to just 11 ohms. That’s a rather low impedance for headphones, but I had no trouble driving them with any of several devices.

Audiofly rates the frequency response of the Audiofly AF1120 Mk2 IEMs at 15 to 25,000 hertz and their sensitivity at an extremely high 109dB. They’ll get plenty of volume from even very low-output devices.

The 1.2 metre “Audioflex” cable has woven fibre insulation and is “reinforced with CORDURA fibre technology”. Googling Cordura, I see that it’s a synthetic fibre “known for its toughness and durability”. It connects to the earphones using industry standard MMCX connectors, so the cable can be replaced if it fails. Audiofly sells replacements.

The Audiofly AF1120 Mk2 IEMs come with nine sets of tips. Three are normal silicone tips, three are double flange silicone and three are “Comfort” memory foam tips. I used a set of the last throughout this review. The come with an airplane adaptor plug, a 3.5mm to 6.35mm adaptor plug, a little cleaning device and a solid plastic carry case.

I mostly did my listening using either a $2,300 Questyle CMA Twelve DAC and headphone amplifier, or a $700 Pro-Ject Pre Box S2 Digital DAC and headphone amplifier to drive the Audiofly AF1120 Mk2 IEMs. Both have a very low output impedance (0.4/0.3 ohms) and plenty of power. The Questyle can deliver more than 500mW into 16 ohms, while the Pro-Ject can manage a more modest 40mW. Mostly I drove them with a Mac Mini.

For example, Leo Sayer’s “Long Tall Glasses” sounded very nice at a moderate level, but his voice actually seemed more forward in the mix than usual. The voice itself was uncoloured, just prominent. Meanwhile, the rhythm section, never particularly forward, was more muted, especially at the bass end.

The treble emphasis was a little more obvious with the King Crimson album Starless and Bible Black. As I’m writing, the opening to the track “Trio” is playing and the tape hiss is a little more obvious than I’m used to. The albums was the high resolution – 24-bit, 96kHz – version which I ripped from the (legitimately purchased!) DVD Audio.

Again, the bass line seemed somewhat recessed. This was more obvious in a slight lack of heft in the drums in “We’ll Let You Know”. But I’m torn. Despite this, there was an extraordinary presence in the sound. It encouraged me to raise the level to bring up the bass, and that it did.

How about lower output devices

At which point I got worried about how lower-output amplifiers might manage. So I plugged an AudioQuest DragonFly Red into a Windows computer, the Audiofly AF1120 Mk2 IEMs into the DragonFly and played this music again. The DragonFly can only manage about half a volt into 16 ohms loads before clipping. No problems. In fact, I had to dash over to the volume control on the JRiver Media Centre player and drag it down. On JRiver’s volume control, a mere 19% was a comfortably loud setting. On “The Mincer” there was again that superbly tangible feel on the drums, along with a beautifully rendered sprinkling of cymbals overlaying things.

Weather Report’s 1982 self-titled album had the opening drums on “Dara Factor One” much brighter than I’m used to, but when the bass kicked in, it ground deeply, strongly and pleasingly. The strange instrumentation was immensely detailed and revealing.

But, then, as I went to type up some remarks on another review, the JRiver playlist flipped over back onto King Crimson, this time the 1981 album Discipline. It was a little louder and distracting, so I backed off the volume by several decibels. It brought the main music back to a reasonable level, while the bass diminished to a quite unsatisfying volume. Oh well.

After playing that for a while, I switched over to a pair of Beyerdynamic Amiron Home headphones, which I consider to be unusually bright, and they really sounded a little dull and bass heavy for a while, until my ears (and the sound processor in my head) re-calibrated themselves. Then, when the vocals kicked in, I realised that the Beyerdynamic headphones were emphasising a relatively narrow band – an octave, perhaps, covering the 2kHz to 4kHz region, resulting in increased sibilance, indeed a degree of whistling, in some voices. There was none of that with the Audiofly AF1120 Mk2 earphones. None. They were super smooth in the midrange and higher frequencies. It was just that the drivers were producing bass at a lower level than the mid and high frequency sections.

I’m guessing that the 11 ohms is the nominal impedance, and that the impedance varies quite widely depending on frequency. That can mean significant frequency response variations depending on the output impedance of the amp. That was certainly the case with the Audiofly AF140 IEMs. Playing them from a typical home theatre receiver – with their 450+ ohm outputs – made their bass ten decibels louder than their treble.

So I had a listen using one of those receivers. On Jethro Tull’s Thick as Brick I have to say they sounded more exciting played this way. The deeper drums remained tight, but were delivered at a higher level. Cymbals were up in level with a nice bright tick. Not really accurate, but it was fun.

I also checked the Audiofly AF1120 Mk2 IEMs with the Lightning to analogue dongle on an iPhone. They worked perfectly well with that.

One last thing: the acoustic sealing of these earphones is simply brilliant. I mentioned earlier that an airplane adaptor is included. I wouldn’t be relucant to these these IEMs on a plane.

The Audiofly AF1120 Mk2 IEMs are great earphones that extract an incredible amount of detail from recordings, and are capable of delivering it at a high level with very little power. There is only one other set of IEMs I’d recommend above them: the Audiofly AF180 Mk2. I think they have a superior tonal balance. But I’m sure there are plenty who’d disagree.