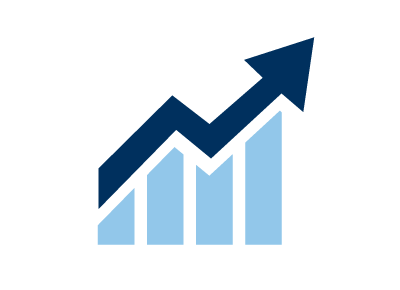 The Aussie PC market – notebooks, hybrids, tablets and desktops – is up 8.8% year-over-year in Q2, 2018. But there is quite a story behind the statistics especially after years of predicting its death.

First, you need to understand what the PC category covers. It is anything running Windows, Mac and Linux (and variants). It excludes Android, iOS or Chrome tablets. It covers both consumer and commercial users.

Second, the growth figures are for Q2 (April-June) 2018 and are in comparison to the same period last year. In the end, there is only one figure that counts and that is annual sales year-on-year (Y-o-Y). GadgetGuy has obtained Q1 figures so half-year sales are compared later in article.

Third, Q2 gets a boost from commercial sales that can use the full depreciation tax advantage. So, it is not a typical quarter.

The second quarter of 2018 benefited from high consumer sentiment and high GDP growth. However, the 2nd half of 2018 is seeing continued local political instability, rising local loan increase rates, a drop in the Australian Dollar vs U.S. Dollar, and a projection of further USA/CHINA tariffs negatively affecting the Australian economy. The result is lower consumer and business confidence. It will be very likely that the 2nd half of 2018 will in Traditional PC Shipments compared to the 1st half of 2018.

HP is finally reaping the benefit of its new niche strategy (to have a product in every market niche and price bracket) and its new design cred as a cool and innovative designer. Everything from its standard products to its enterprise MIL-STD EliteBook has received a substantial rethink. It makes great notebooks. Much of HP’s growth is in the retail space and gaming is helping there too.

Dell is capitalising on its business/enterprise market that it does better than anyone else. Especially its amazing website that allows for custom build-your-own SKUs.

Lenovo also has benefited from reinvention. Its Yoga consumer brand is cool and popular. But its main strength is large government contracts and enterprise.

Acer has also had a resurgence with its Predator gaming notebooks and lower cost Windows notebooks that are very popular in the BYO education market.

The surprise loser is Apple with a 9.1% Y-o-Y decrease.

It has 10.7% of the market with Mac and MacBooks. This tends to be in line with the global market share of 9.17% as against Windows at 88.18%. Remember these figures are until June. The new 2018 MacBooks with 8th Generation Intel processors came out in July replacing some Macs still using 6th generation Intel processors. A significant portion of users were waiting for the new MacBooks so demand may jump in Q3/4.

But perhaps more interesting is that Macs are still not touch enabled. The overwhelming trend in 2018 was to Windows touch notebooks, hybrids, x360, tablets and even all-in-ones. This trend also improved profitability as few notebooks under $500 have touch giving buyers reasons to spend more to get touch. Our spies at JB Hi-Fi say that trend is 70/30 towards touch.

For starters we know the notebook category accounts for about 68% of sales and but it declined in Q2. Sales in Q4, 2017 and Q1 2018 were stronger due to Christmas and back to school purchases.

The desktop category is about 30% of sales and increased in Q2. These are mostly government and business sales. The growth is due to the impact of Windows 10 upgrades and accelerated tax depreciation.

Workstations and servers account for the rest. This is in decline because many businesses are moving to the cloud. That hardware often is located offshore.

Next, we know that the consumer market accounts for about 44% of sales. There could be some overlap with small business buying from retailers. Most of this is notebook driven.

Government accounts for about 9% and is growing. The creeping public service numbers fuel this.

Education is 10% and dropping. A lot of schools now have a compulsory BYO notebook policy.

Business is 37% and to a large degree that reflects the phase-out of end-of-life of older Windows 7 PCs and the adoption of new Windows 10 and accelerated depreciation for PC purchases.

GadgetGuy’s analysis for the half year 2018

I have been following IDC reports for several years. They use sell-in (shipments from manufacturers) that are more accurate than sentiment, (e.g. Kantar World Panel) and sample methodologies. Unfortunately, sell-out statistics are not available as most retailers have pulled out of them.

So what does this mean to GadgetGuy readers? It is interesting to see a huge resurgence in Windows devices. That is driven by readers who want touch, flexibility, innovation as well as value. Frankly, that is what HP, Acer, Lenovo and Dell are doing – meeting what the market wants.

And to be fair the Windows kickers find very little to rubbish Microsoft about these days. You can switch off all anti-privacy measures and opt not to log in to a Windows account and it still works well.

Apple is yet to implement touch in MacBooks (if ever), and the smart money is when it does it will be iOS based using its own central processor chip.

But its nice to see that the slippery slope for PC sales is at long last over.

Which PC form factor is right for you?