Australia in Colour relives those black and white TV moments 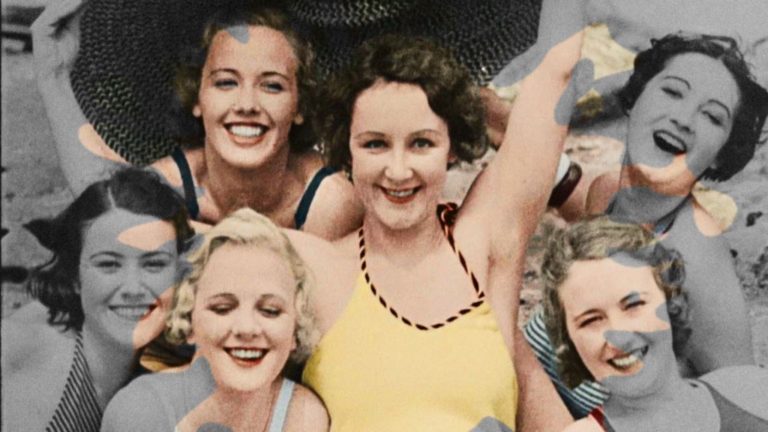 SBS’s four-part series Australia in Colour transforms the early days of black and white TV into colour so all us old farts can shed a nostalgic tear or two.

I was there when the ABC, 9 and 7 started broadcasting in 1956 – ‘Good evening, and welcome to television’.

Although as a Queenslander we had to wait until Channel 9 got its act together in August 1959. Mum and Dad paid a small fortune (around 200 guineas) for a large wooden cabinet made by PYE. Later we got HMV set. To put that price in perspective pocket money was in pennies and wages about 15 pounds ($30) a week. Ah, the simple times.

Channel 0 – now ten followed in 1964 in Sydney and a few years later up north. Moving forward colour TV came in 1975 and the rest is history.

Colourisation is an interesting process. Initially each frame had to be hand painted with what the artist thought the colours were.

Digital colourisation came in the 70s and were based on mapping grey levels to colours. Colours still relied on memory.

More recently with the advent of more computing power and AI reasonable colour approximation is possible. AI (machine learning) scans photos and databases of the time and works out what colours were most common e.g. blue sky, green grass, skin tone etc. It is still work in progress but less reliant on human memory of what colours should be and opens up an almost infinite palette.

Australia in Colour is a four-part series narrated by Hugo Weaving premieres 8.30pm, Wednesday 6 March 2019 on SBS. Told through a unique collection of iconic archival footage brought to life in colour (colourised), it tells the story of how Australia came to be what it is today.

It carefully curates classic historical footage, home movies and never-before-seen archival material to chart how Australia developed as a nation. From the oldest surviving footage captured in Australia in 1896 in Sydney’s Prince Alfred Park, to the beginning of colour television in the mid-1970s, each sequence has been colourised with historical accuracy. The effect is remarkable, bringing to light history that is both shared and deeply personal.

The landscape of our collective memories is revealed throughout the series.  We see the foundation of modern Australia when six British colonies unite, the unveiling of Canberra as the nation’s capital and the Antarctic explorations of Douglas Mawson. We relive a time when Ned Kelly was the first hero of the silver screen and see some of the quarter million men who fought in World War I – their experiences made even more vivid in colour.

It takes a fresh and colourful look at some of the country’s most celebrated people.

And historical moments including Queen Elizabeth II’s first visit in 1954, cricketing legend Donald Bradman in all his glory, Beatlemania in full force as the Fab Four visit their Aussie fans and, of course, the iconic Dancing Man on George Street celebrating the end of WWII.

The series also explores the evolving role of women in the Australian workforce and their struggle for equal rights – the right to equal pay, the right to drink in public bars and even the right to not wear pantaloons when swimming.

It reflects back on uncomfortable moments in the treatment and characterisation of Indigenous people and other people of non-Anglo background, charting the gradual changes in these attitudes through the 1960s and 70s.

Through the decades, Australia in Colour reveals how Australia finds its voice as a nation.

From the White Australia Policy of to the “populate or perish” slogan of the 1940s; from the spirited protests of the 1960s to the very first hints of modern multiculturalism in the 1970s.

Produced for SBS by Stranger Than Fiction Films with funding from Screen Australia and Create NSW, Australia in Colour was made in association with the National Film and Sound Archive and has been meticulously researched, including the historical accuracy of the colours themselves. Every sequence has been curated and carefully considered and the result is a remarkable, fresh vision of history that reconnects us with our past in a way that no other medium can.

“With Australia in Colour SBS presents a special TV moment for all Australians – we don’t experience life in black and white and this series allows the viewer to relate to old footage in a whole new way. By turning the monochrome past into glorious colour, this series creates an intimate and deeper connection with our history and urges us all to re-evaluate what we think we know about ourselves.”

GadgetGuy’s take: I will be watching Australia in Colour