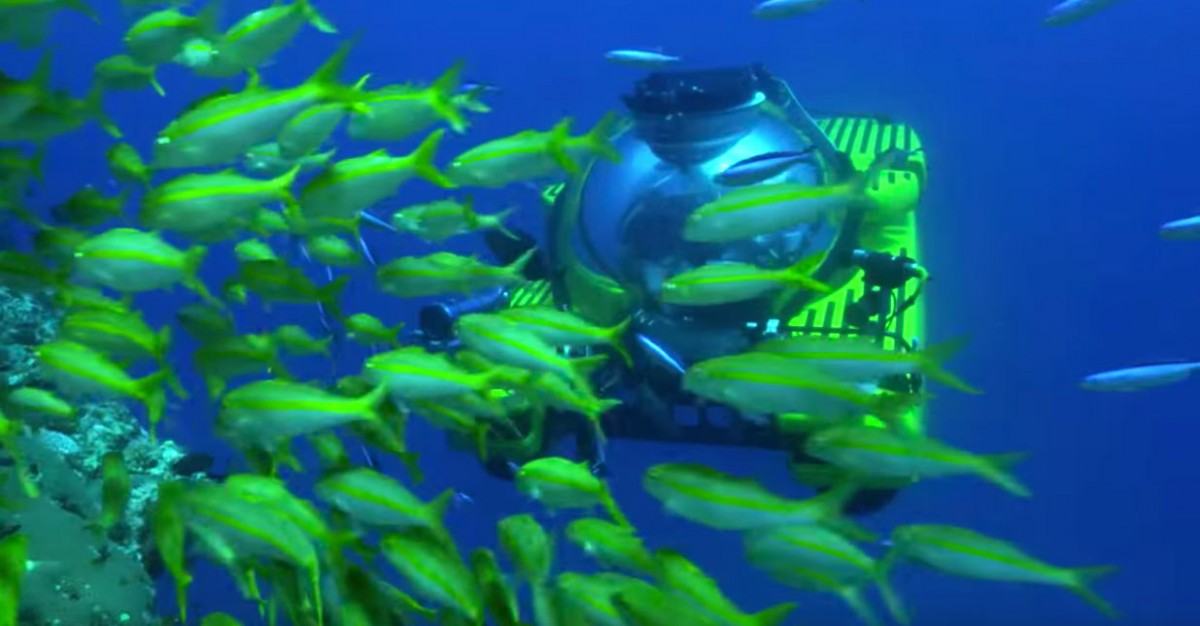 Virtual reality is coming to more than just gamers, and the Australian Museum will be the first local museum to try a new way of educating the general public.

With the school holidays approaching, there’s a good chance you’re going to need something to do with the kids. Videos are always a good bet, and so are museums, but the two so rarely collide in a way to keep the kids interested.

This week, however, the Australian Museum in Sydney is bringing a way to keep both kids and adults interested, and possibly inspire both to help the world while partaking in the next level of education.

That “next level” is to bring virtual reality to the education space, and to do that, the Australian Museum has worked with Samsung, Alchemy VR, and David Attenborough for two productions that will be shown at the museum for the next month.

“Virtual reality is a powerful new way of transporting us to the most extraordinary places on our planet, and David Attenborough is the perfect guide,” said Kim McKay, CEO of the Australian Museum.

“David Attenborough’s Virtual Reality Experiences puts the AM [Australian Museum] at the forefront of museum innovation and revolutionises the way people experience museums.”

The use of the plural form of “experience” by McKay wasn’t an accident, because there are two videos to experience here, with Attenborough narrating each.

The first is called “First Life VR” and is essentially an immersive computer animated look at how life evolved, taking viewers on a roughly 10 to 12 minute exploration of life in its earliest stages, breathing life via animation into facts so that people are both informed and entertained.

It’s an interesting experience and very informative, and due to its computer animated nature, will appeal to kids and students, as well as adults keen to learn something, too.

David Attenborough’s second VR film held more of our attention, however, and that’s because it’s one of the most intriguing virtual reality films because of what the premise is: explore the Great Barrier Reef with David Attenborough.

Normally when you watch an Attenborough documentary, you know the man is right there both in front and behind the camera guiding you through the miraculous tales of what you’re watching, but in the case of “Great Barrier Reef Dive VR”, things are a little different.

Due to how the VR cameras have been setup, Attenborough is not only behind the camera, but he is also next to the camera, sitting quite literally next to a 360 experience that will have you glancing to your right to see Attenborough while the activity around you is happening.

And that activity is seeing coral and schools of fish and the occasional shark and a group of barracuda swim around you, quite literally swimming around you, all while Attenborough explains the wonders of how Queensland’s Great Barrier Reef is dependent on the coral, and how coral is crucial to the survival of the creatures down there.

“These experiences are truly trailblazing, and we are proud to be bringing them to Australian audiences in partnership with the Australian Museum,” said Anthony Geffen, CEO of Alchemy VR.

“It’s an incredible opportunity to use technology to excite and educate people about the natural world.”

We certainly agree, and with fantastic imagery and an ability to look completely around you, it’s clear few Australians will have experienced anything like this.

In fact, one of the most stellar things about the videos — particularly “Great Barrier Reef Dive VR” — is just how enveloping and immersive the world is.

In the Barrier Reef video, as you look to your right to see Attenborough and his mouth open in a smile, you reflect his experiences yourself, because while you can’t sit on the reef in your own Triton submarine, you can do it virtually, and even sit next to one of the world’s foremost experts on nature, which few of us would ever get to do as it is.

Both videos are shown with Samsung’s Gear VR, with Samsung providing the headsets and Galaxy S6 phones built into the body, as well as a pair of Samsung Level On headphones already plugged in for viewers to experience the virtual world through.

About the only thing the Australian Museum hasn’t provided is a swivel chair, which you can’t help but feel the experience needs. Viewers will find themselves sitting in a conventional theatre and lecture hall, but instead of watching a screen, the VR headset will be worn and they will be totally immersed using the hardware.

While it’s not bad, you may find yourself throwing your neck or back out as you twist and turn to get the whole picture, and it’s hard not to feel that perhaps the Australian Museum would have been better served if it had bolted down swivel chairs in a small room.

Still, the Samsung Gear VR units are doing a great job, and will not only provide an immersive experience, but also give many people a taste of virtual reality and how it poses a change to entertainment and education.

“In 2016, more Australians will experience virtual reality through the Samsung Gear VR than ever before,” said Philip Newton, Chief Marketing Officer at Samsung in Australia.

“VR is opening new frontiers for how Australians create, consume, and interact with content, and what better way to be fully immersed in our innovative technology than through these experience.”

As for where and when you can watch it, only the Australian Museum in Sydney has the films right now, with these running from April 8 for a limited season for ages 13 and over, with each film costing either $15 per person or both for around $25.

Interestingly, Australia is the second place in the world to host the experience, just after London’s Natural History Museum which showcased it before Australia.

“This is a true coup for the Australian Museum,” said its director, Kim McKay. “It imagines for you what it might be like to learn in the future.”