Australians consume 3.1 exabytes … in one quarter 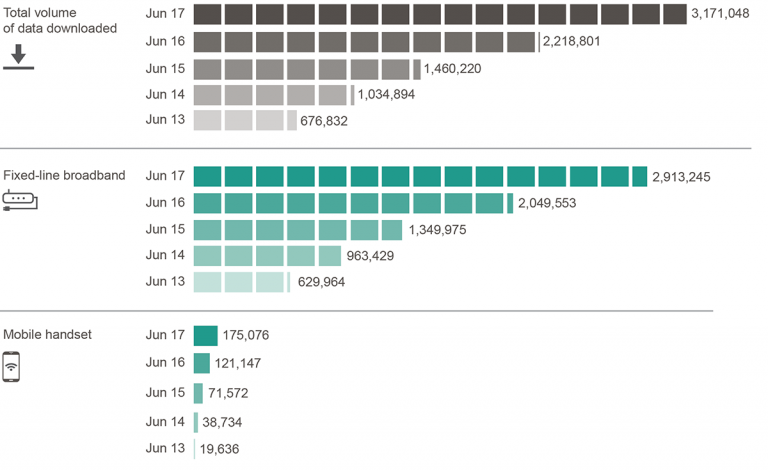 ACMA, the Australian Communications and Media Authority, has released its latest report to the Federal Parliament.* And, yes, in three months of this year, Australians downloaded 3.1 exabytes worth of stuff. An exabyte is a million terabytes.

Given the price differentials per gigabyte between mobile and fixed line data, I guess the balance between the two isn’t surprising.

The report is chock full of interesting findings. Here are a few I liked.

* Which, I gather, has already closed up shop for the year.