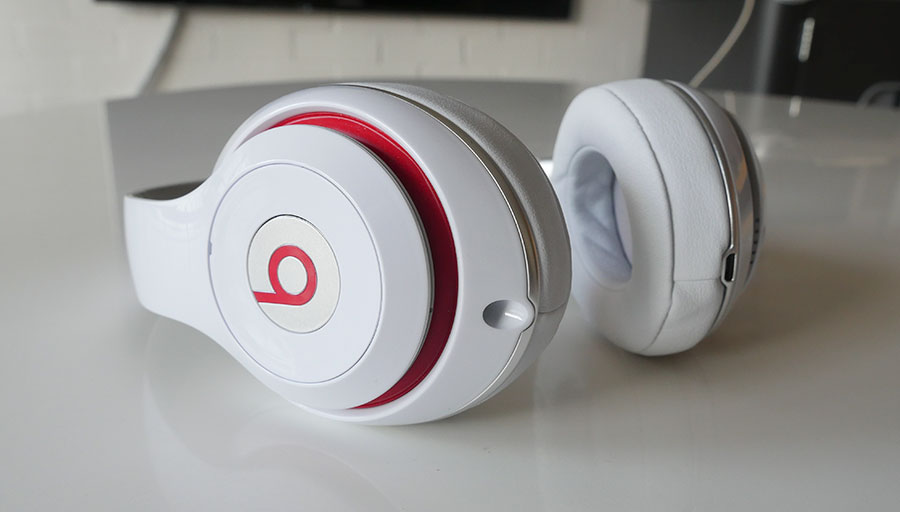 Wireless headphones can look strange, but Dr. Dre’s “Beats” brand is here to show that cordless doesn’t necessarily have to mean clunky. Now, the real question is are they worth your money…

Headphones are more than just something to listen to your music with, as these days, it’s also about the look of the cans.

Take the Beats brand, for instance, which was founded by hip-hop artist Dr. Dre and Geffen Records Chairman Jimmy Iovine with the idea of now just making something that sounded the way the artists intended, but also looked good to boot.

We’ve seen and played with pairs of Beats in the past, and while they have more or less been known for making pop, R&B, and hip-hop sound more prominent, this year we got the surprise when a pair of Beats didn’t just sound strong in modern music, but decent across the board, also.

That impressed us, so we figured we’d take the new wireless Studio headphones for a spin, a pair of headphones that deliver sound wirelessly or wired, depending on if you’d prefer to be connected to a smartphone or media player with a 3.5mm jack, or rely on Bluetooth for the wireless connectivity.

This method of connectivity also changes the controls for the headphones, too.

If you decide to go the wireless option, you’ll have a big “b” button on the left side of the headphones for pause and playback, while a volume up and volume down button sit around the letter for clicks.

But if you opt for wired, your choices are far more limited, with a single remote on the cable for play back and volume control if you’re on iOS — because only Apple supports this style of remote (it’s on the jack itself called “MFi”) — and Android supporting pause and playback only.

The headphones are also portable, folding in place at the cans and making them easy to take with you, with a carry case also included in the box.

Keeping the headphones alive is a battery which is built into the unit and can be charged using a microUSB connector, a positive move from the recharge capability, though we’re still not sure why Beats likes battery operated headphones so much.

We’ll get to a quibble we have with this shortly, but first we should tackle the audio, because in this pair of headphones, it feels as if Beats is addressing some of the issues we’ve had in the past.

If you’ve ever heard a pair of Beats, the headphones have the potential to make bassy music — particularly that of modern sounds — emphatically bassy, which is great for some styles of music, but less so for others.

In hip-hop, pop, and electronica, this can be a great thing, with music made for the lower ranges of sound really pushed hard. But if you’re listening to something with more depth in the treble ranges — in highs and mids — this can be a little frustrating, and definitely unbalanced, such as is the case with jazz, classical, and even some rock and other forms of electronica, like ambient sounds.

But in the Beats Studio Wireless, this issue appears to have been addressed, with a clearer sound that doesn’t totally take the Mickey, which is a good thing.

We’ll go with our regular GadgetGuy Sound Test (because you can always play along at home) and start with some electronic, letting the ambient high pitched sounds of “Mirror’s Edge” creep into our skull from Solar Fields, which presents itself with balanced mids and highs, each distinct and separate, even when the low end of the bass starts up underneath it all.

This separation continues in the significantly louder “M66R6” by Mooro, as well as The Glitch Mob’s “Skullclub” which both amplify the heavier and lower sounds, pumping the volume and making the bass more prominent, sending the mids and highs to the back of the track, which the Beats Studio do a good job of recreating, still allowing you to concentrate on each underlying section of the song as the bass goes out above it.

Over to rock and the amped up sound continues in Muse’s “Supremacy” and Rage Against The Machine’s “Bulls on Parade” which pull back a bit on the mid volume, though each are still very clear, which is something we can also hear on “A Night at the Spleen” by Aussie rockers Closure In Moscow.

Over to pop and R&B, and one of the legendary tracks gets the once over with solid bass drum and obvious percussion overlays from Michael Jackson’s “Billie Jean,” which plays nicely with the bass, synth sounds, and vocals, with little blurring of the lines and good separation. The sound isn’t as deep as we’d necessary like here, but it’s very easy to listen to.