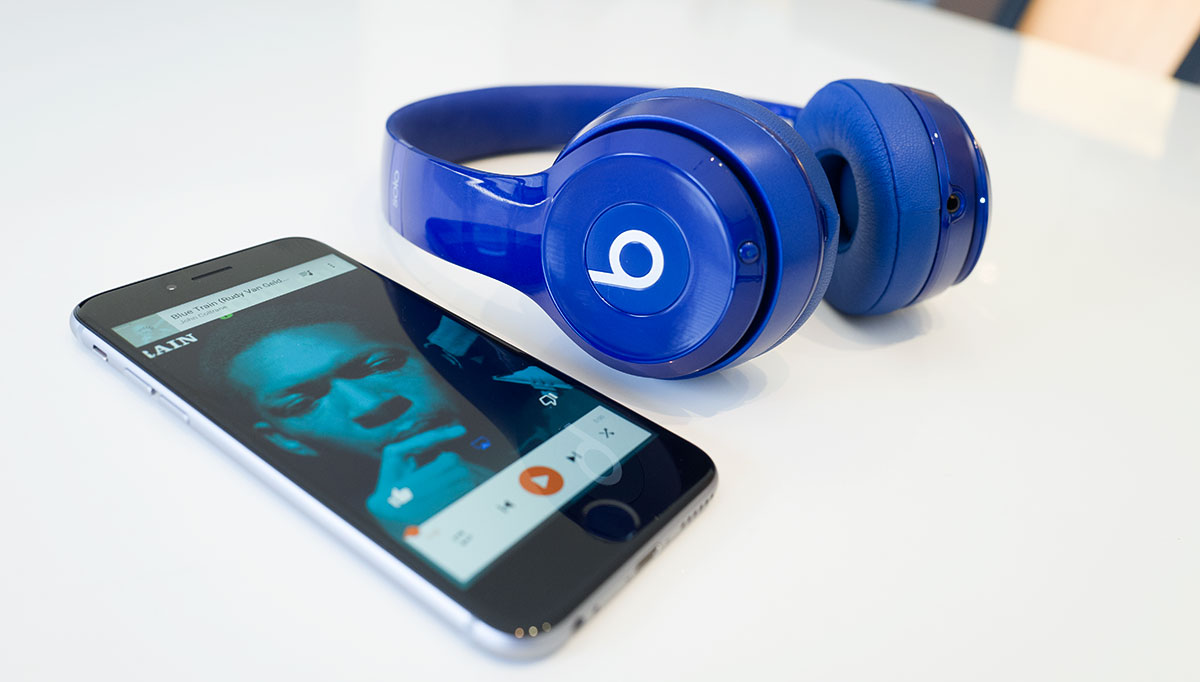 Beats has one of those interesting reputations. Kids and young people love ‘em, while the older generation can’t stand them, but the latest pair tries to win over all with a fairly balanced sound and a removal of wires. Is it a success, or an overpriced mess?

Need a pair of headphones that can do both wired and wireless audio?

Beats might have the ticket, with the Apple-owned company taking the Solo 2 headphones we checked out last year and applying a bit of wireless tech to the package.

The headphones are made from plastic, and you’ll find foam ear cups covered in a leather-like fabric that we’ll assume is vinyl since it doesn’t actually say “leather” on the package.

You can choose to plug the headphones in using a standard 3.5mm headphone cable, or you can opt for wireless on these, a new feature to the Solo line-up, as Beats brings wireless to more than just its noise cancelling Studio cans.

The battery inside the Solo 2 headphones is rated for up to 12 hours, and is rechargeable by way of a microUSB port on the right ear cup.

A power button can also be found on that right cup, with a small five dot LED fuel gauge telling you how much battery life you have left on the headphones, while the 3.5mm headset jack can be found on the left cup.

A remote is also supplied on the 3.5mm cable, though this may not work completely on Android due to it being manufactured for iPhones.

The brand that practically pioneered the fashionable headphone is at it again, and this time, it’s not taking prisoners.

Sorry, did we say prisoners? We meant cords. It’s not taking cords. Not completely, anyway.

Really, the name says it all, because this pair of headphones is cordless, though you can, if you want to, bring a cord back in and plug the headphones into a phone or audio player if need be. We’re not sure why you would, beyond maybe that of air travel and other places where wireless transmissions are looked down on, but the option is there in Solo 2 Wireless.

Design, however, is pretty much identical, and it’s easy to see that Beats hasn’t changed too much in the wireless entry from the formula we liked in the wired version.

You’ll find two pads on either side (where your ears go) connected to a plastic frame with metal along the inside with hinges, allowing you to fold the headphones so that they’re compact enough to take with you on the go.

Wireless technology has been added, likely through a small Bluetooth chip in the electronics, though there also has to be a battery now to support the tech, since wireless headphones require their own power source. As such, there is also a button to switch on the headphones and a small power metre with five white dots to show you how much life is left.

Noise cancellation technology is not included with these wireless headphones, however, so you’re just listening to audio with a cord or without a cord in regular environments with noise seeping in.

Moving past that, what’s the audio like? Let’s find out.

As with all of our sound device reviews this year, these headphones will be subject to the same 2015 GadgetGuy sound test we put all our headphones and speakers through this year, and that starts with a dose of electronica.

That starts with Tycho’s “Awake”, which had a good solid punch of bass with a relatively strong focus on the mids here. There was more push on that, with the highs lost to these sections, though still clear enough for us, with much the same on Imogen Heap’s “First Train Home” which again had enough of a bounce in the bass.

Heavier electronic from Mooro (“M66R6”) and The Glitch Mob (“Skullclub”) were very punchy on the low notes, hardly surprising given that dance and club-ready tracks usually push hard on the bass, and these headphones have no problem dishing that out, either, all the while offering something strong from the mids.

Pulling back a bit, we found more punch from the beats in Bastille’s “Bad Blood”, but a decent balance across the main areas, with the mids taking the reigns across the areas, while the highs and lows squabble it out for the control of the second level of importance.

Heading into rock, it’s much the same with Nirvana’s “Smells Like Teen Spirit”, with a solid punch of the bass drum and electric bass, all of which are quite clear, vocals just a step back behind them in the verse, but stronger in the chorus as they begin to overlap with the mids of guitars.

Strength on the lows is also there on “Locked Out Of Heaven” from Bruno Mars, though it’s not lost on the vocals or other instruments, nor is it on the Arctic Monkeys track “Do I Wanna Know?”, both of which are relatively balanced, too, with the mids and lows taking control.

Older rock selections, such as Clapton’s “Layla” and The Who’s “Won’t Get Fooled Again” replicate this, though the highs are solid and pronounced enough to be heard, though it’s clear the emphasis is in the bottom end of the spectrum. Every so often, we noticed a hint of blow out on these tracks, but the percussion was solid and detailed.