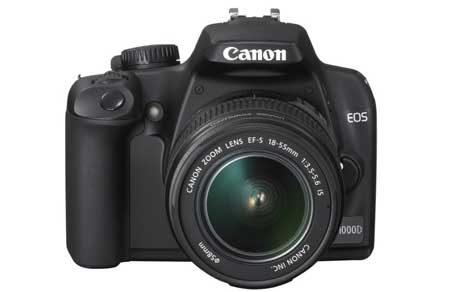 Belkin’s PureAV Display Cleaning Kit is a combination of cleaning solution and microfibre cloth that’s specifically designed to restore television and monitor screens to their “just bought” lustre without damaging them in the same way that caustic cleaners do.

Monitor and television screen care has always been something of a hassle. LCDs, plasma screens and cathode ray tubes (CRTs, the old kind of non-flat screen) all have special anti-reflective coating on the surface of the screen that makes the use of caustic window cleaners a very bad idea. Using something like Windex or other ammonia-based cleaners on your screen will quickly strip away that coating.

Using paper towels and standard wipers is also not recommended. Paper towels and other wood-based products can leave scratches in the screen, while standard wipers may pick up grit that does pretty much the same thing. This is especially true for flat screens, where the screen is rather more delicate than the thick glass used in CRTs. The short of it is that bad cleaning products can quickly turn your expensive full HD plasma screen into a something resembling a 20-year-old CRT.

So what do you do? You can try warm water and a fine cotton wiper, but anybody who has tried this will probably have found out that it doesn’t work that well. It tends to merely smudge greasy fingerprints and food stains, and the pollutants in the water (if it’s tap water) can actually make the screen worse than before. So you go for something more exotic: diluted alcohol and bottled water, which works more effectively, but is hard to get right. And you still have to find a non-scratching wiper and stop the solution from getting onto and damaging the screen’s electronics.

Or, if you want to save yourself all that hassle, you can just get a special screen cleaner like Belkin’s PureAV. It’s a package of an extra-large microfibre cloth and a special cleaning solution that doesn’t run (so it stays where you spray it and doesn’t leave streaks down the screen or dribble into parts of the monitor or television where it shouldn’t go) and doesn’t contain any caustic elements that might actually degrade your display. It also contains anti-static fluids that help prevent dust and other air particles from attaching themselves to the screen – which means you don’t have to clean the screen nearly as often as before.

It comes in a 200ml bottle, which, unless you have a lot of really large screens, should last you for a very, very long time. We found you don’t need to use much to get a screen properly cleaned.

The good news is that the Belkin PureAV solution works exactly as advertised. On three different test monitors (one LCD, one plasma and one CRT which hadn’t been cleaned in several years and was in a really very disturbing state), a quick blast of the liquid and a few seconds of wiping with the cloth cleaned the screens to pristine condition, without any smudging or scratching of the surface. It cleaned the glass surfaces as well – better, even – than any ammonia-based solution (which makes us wonder why most glass cleaners actually normally use ammonia), leaving not trace of food, dirt or dust on the screen.

Aside from the bomb-proof packaging, we have little that’s bad to say about the PureAV Display Cleaning Kit. It does what Belkin claims, and if you’ve bent the plastic purchasing a new HD flat panel TV it’s a small additional cost towards the care and maintenance of your video centrepiece.