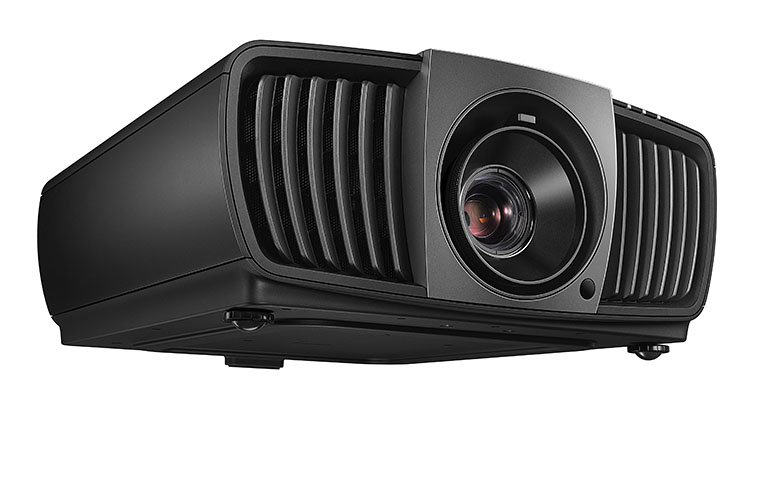 Today in a prelude to the Australian HIFI and AV Show in Melbourne, BenQ launched its newest projector, the W11000. This projector could well be a real game changer. Why? Three letters: U, H and D.

Now the W11000 isn’t the first Ultra High Definition home theatre projector to be released in Australia, but it is the first competitor to Sony, which has had the category to itself for several years. Sony’s models – which are actually full 4K models, with a resolution of 4096 by 2160 pixels, but are also fully UHD compatible – range in price from $14,999 to somewhere around $90,000. That’s the fruit of having an effective monopoly.

BenQ is going to kill in this market because its RRP is a much more approachable $7,999. And that’s in the same ballpark as the price of premium 65 inch UHD TVs. Yet, really, where is the greatest advantage of UHD to be realised? I’d suggest that it’s in really big screens.

Naturally, BenQ says that this projector is good for screens up to 300 inches.

This being a BenQ projector, it is based on DLP technology, in this case using a Digital Micromirror Device measuring just two thirds of an inch for a pixel size of 5.4 micrometres.

The projector features both vertical (65%) and horizontal (27%) lens shift and a 1.5:1 zoom range. BenQ specifies the native contrast ratio at a modest 4000:1. But thanks to the dynamic iris this is stretched to 50,000:1 The lens system uses fourteen individual pieces in six groups for the fine focus needed to fully realise UHD. The brightness is specified at 2200 ANSI Lumens. One of the two HDMI inputs supports the HDCP 2.2 copy protection scheme required for UltraHD Blu-ray.

The projector is big and heavy as befits a premium model. It weighs nearly 15 kilograms.

BenQ had the projector set up showing the superb UltraHD version of Life of Pi on a widescreen display screen – that is, with a 2.35:1 aspect ratio – with a three metre diagonal. That’s close enough to a 120 inch screen. The projector was not being shown off quite to full advantage because it was running in an anamorphic setup. That is, with 2.35:1 aspect movies, the projector was set to scale up the height of image to so that it filled the full frame. Then an “anamorphic” lens in front of the projector’s lens stretched the image sideways so that it resumed the correct shape.

This kind of system is much loved by some home theatre devotees since it follows the “constant image height” system used in cinemas, where a wider movie doesn’t have black bars at the top and bottom. Instead, the curtains to the left and right sweep majestically more open to allow the extra picture at the edges to be displayed. However, it does mean that the image is reformatted to match the greater height, and is shone through an additional lens, and this inevitably reduces the clarity of the image somewhat.

So with those limitations in mind, I must say that the image still looked exceptionally fine. I spent most of the time about two metres from the screen and the picture was smooth and detailed, and sharp, with clean unbroken lines in the smallest details, and no visible sense of pixels at all. The result may not have been as sharp as could have been the case had the anamorphic system been eschewed, but it was extremely close to the look of real film.

When I peered extremely closely at dark areas, I could occasionally make out just a little “dither”, the slight brightness instability at the pixel level. DLP projectors control the brightness of each pixel be switching them on and off extremely quickly – over a thousand times a second – and varying the proportion of the time in which they are “on”. Low levels of light mean the pixel is flicking on only occasionally, and this tends to manifest as that “dither”. At any reasonable distance this was, of course, invisible.

Completely absent was any appearance of the “rainbow” effect, a distortion peculiar to DLP projectors which BenQ seems to have just about eliminated in recent years.

So, at last, UHD is becoming more widely available where it belongs: on the big screen. If $7999 still seems too pricey for you, I’d just recommend patience. The first three full HD front projectors to be released in Australia, all three from different brands, each cost $40,000. Now that there’s real UHD competition, expect prices to fall.