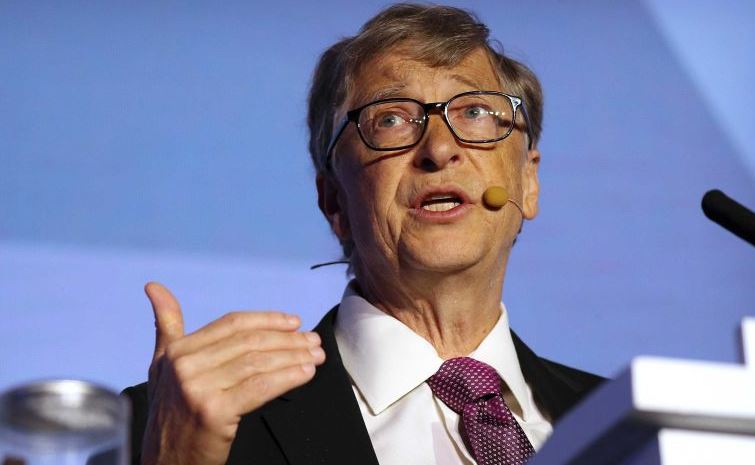 Why do some people attract criticism? Is it simply cutting down to size? Envy? Tall Poppy? Organised? Revenge? Well, for Bill Gates and COVID-19 he is finding it hard to shake the totally unjustified mantle.

It seems each global crisis spawns the emergence of a new conspiracy theory. Bill Gates and COVID-19 is the next. While few predicted that we would face a global pandemic this year (apart from, interestingly, Gates himself), as soon as COVID-19 did arise, it was a pretty sure-fire bet that conspiracy theorists would accuse him of taking advantage of it. Sure enough, he was quickly and viciously accused.

So far, so predictable. But the fever pitch of conspiracy theorising around Gates and COVID-19 over the past few months has left many intelligent people wondering. Why the man is such a magnet for this stuff? I mean there must be a grain of truth in any conspiracy theory – wrong.

Conspiracy theorists need a credible villain. Usually picked at random and not based on any facts. Why they have picked Gates is beyond all reason.

He is rich, but certainly not the richest man on Earth (far from it). He is a tech billionaire. And though other tech companies – from Facebook to Amazon – are often criticised for their privacy policies, few people link them to global conspiracies. Similarly, Gates is not the only billionaire to give significant sums of money to healthcare charities but seems to be the target of massively greater criticism for doing so.

Bill Gates and COVID-19. Why is Bill Gates so often vilified?

This is Bernie’s first article for GadgetGuy. He has spent a lifetime delving into the inner workings of cryptography and now the confluence of nanotechnology and artificial intelligence.

First, let’s take the most recent “outbreak” of conspiracy theories about Gates. This one leverages the idea that Gates warned about the dangers of a global pandemic in 2015. He was not the only person pointing out these dangers. Even FEMA aired concerns months before the Covid-19 pandemic hit. For some people, this coincidence is too good to be true.

There are two main claims now being made about Gates.

One is that he plans to develop a vaccine to implant microchips under the skin of every recipient.

The second – more extreme – is that he (and his shadowy cabal) created Covid-19, presumably to achieve the microchip plan.

That is like saying 5G Towers caused COVID, sorry the China Virus.

Any intelligent person sees these theories for what they are – laughably ill-informed conspiracies. The problem is that they are gaining more traction than any of the previous ‘Gates’ theories.

Theories falsely linking Bill Gates to the coronavirus were mentioned 1.2 million times on TV/social media between February and April. There are now more than 124 million web-reports – thankfully, most debunking it.

Myth #1 busted. Bill Gates has nothing to do with COVID-19. He prophetically predicted it and is spend gazillions to help stop it.

Not the first crack at Gates

The recent media attention is also resurrecting older theories about Gates. As the BBC recently reported, there have been conspiracy theories about the Microsoft founder for more than two decades.

These include the idea that the Bill and Melinda Gates Foundation (website here):

Every one of the above outlandish and unsubstantiated statements has been soundly debunked. Even your left-leaning ABC admits it.

As I said, any ‘intelligent’ person and as that includes GadgetGuy readers, let’s not waste time debunking these theories. Instead, let’s ask the more important question …

Why Bill Gates and COVID-19?

In some ways, of course, the conspiracy theories swirling around Gates are easy to explain. He is filthy rich. Like George Soros, the Koch brothers, the Rothschilds and the Rockefellers, people love to believe that the rich have evil designs.

However, Gates is far from being the richest person on Earth, or even in the USA. So why is he the target here?

Let me suggest an answer. It has two parts.

First, is that Gates represents an ‘unholy confluence’ of many issues of the ‘culture war’ being waged in the USA.

People are concerned about tech firms spying on them, and he used to run a tech firm. Prominent right-wing extremists in the U.S. push the anti-vaccine movement. Gates runs a foundation focused on vaccination.

Right-wing politicians in the USA have long sought to limit access to abortion services. Gates has been a vocal proponent of this right, both within the U.S. and globally.

Second, and here is the more mundane: that Gates is the “rich person” that most Boomers know. Looking at this from a millennial perspective, in 2020, it seems deeply strange. There is a perception that Gates is phenomenally rich and a relevant force at all in global politics (right/wrong).

I’d be more worried about the rapidly rising wealth of Zuckerberg and Bezos. Their companies have a far greater effect on global democracy and the global economy. But these are complicated issues, of course, a soundbite or tweet can’t adequately explain this.

And as you have read in GagdetGuy’s analysis of tech company trust – Bill Gates and Microsoft have been the soft target for at least three decades.

The Bottom Line on Gates and COVID-19

Sorry, but I have never met Bill Gates. GadgetGuy Managing Editor Ray Shaw has. As an intelligent person, he is wholly aware of the raft of ratbag, extreme left/right, black/white theories out there. His take: Bloody Rubbish.

I don’t mean to give Gates a free ride. He was one of the principal architects of the current system of surveillance capitalism. For that alone has a lot to answer for. Equally, the actions of Gates and his character has no bearing on whether you can trust Microsoft with your data.

But, let’s stick to the facts. The irony here is that Gates (or anyone else) doesn’t need to inject microchips into your skin to track you. They are already doing that via cookies, I.P. addresses, and your purchase history.

So, let’s end with a plea. It is not Gates that is the problem. It is the tech he and many other tech billionaires helped to create that we should be worried about.

By the way – if you have got this far here is Gate’s response.

“It’s almost hard to deny this stuff because it’s so stupid or strange that even to repeat it gives it credibility.”

Apple AirTags could be used for surveillance, but not for long