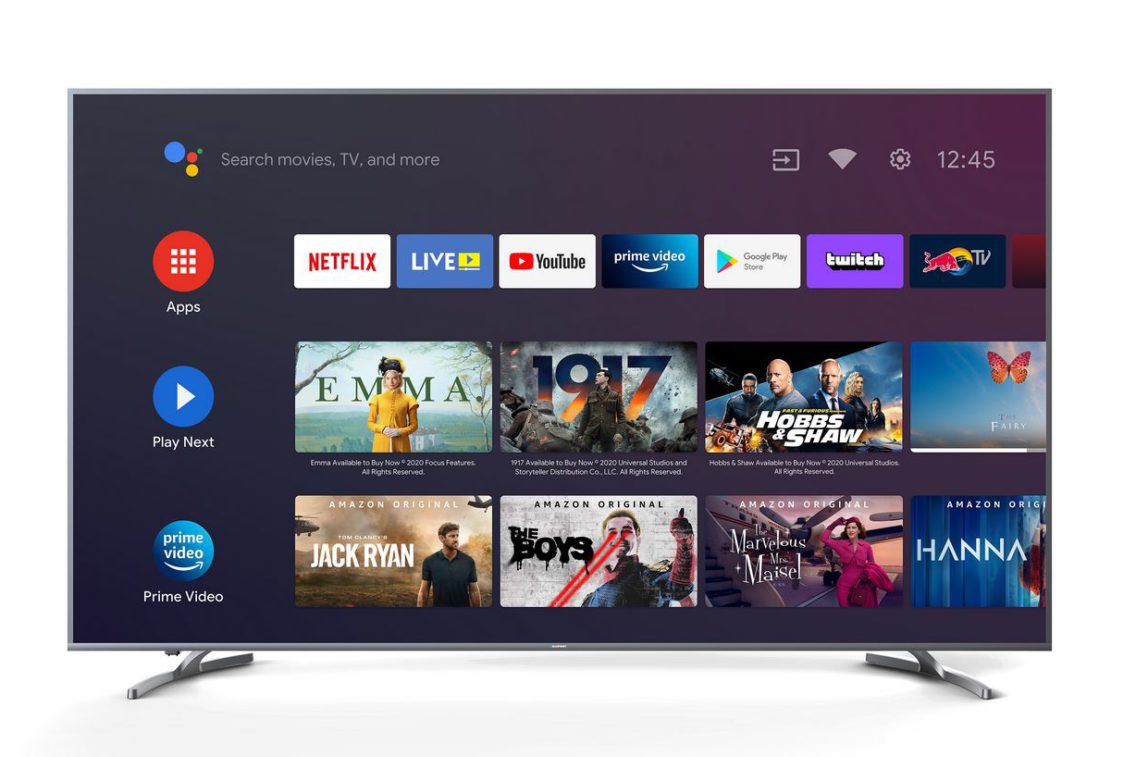 The Blaupunkt BATV10 adds smart TV features to any TV – be it an older ‘dumb’ model or a smart one running an outdated interface. The Blaupunkt BATV10 uses the Android TV operating system, which is one of the best ways of accessing streaming content on your TV. Unlike many orphaned and generic TV operating systems, this delivers access to a huge range of streaming apps thanks to the Google Play TV Store. This includes Netflix, YouTube, Prime Video and Google Play channels (subscriptions required) as well as access to Disney+, Stan, Foxtel, Kayo, Binge and digital TV catch up (7+, 9 Now, 10 Play, SBS, iView) and much more.

Blaupunkt BATV10 is a ‘smart TV’ dongle. Simply plug it into a spare HDMI connector, power it up via the micro-USB cable (5V/1A and separate charger supplied) and your television becomes an Android smart TV. Then, sign in to a Google account on your smartphone, and you are ready to start streaming videos, movies and TV shows. You can also still access your regular free-to-air channels by switching your source to ‘TV’ instead of HDMI.

This model is made by SEI Robotics SEI400, and much of the information we discovered applies to it. SEI also makes it for Ayonz EKO KATV10, Motorola 4K, Polaroid SmartBox S, Android TV, Dish TV Smart VU, TIVO Steam 4K, as well as the heart of products from Benq, Dynalink, Epson, Google, Polaroid, Philips Neo/Pico Pix projectors and more. It is in good company.

In terms of audio, it will decode Dolby Digital up to 5.1 channels or PCM mono or 2.0. It outputs 2.0 PCM stereo (Left and Right). As far as we know, it does not support Dolby Atmos or DTS.

Android TV is one of the easiest TV OS with its intuitive horizontal ribbon menus. Over time it can (if you wish) learn your TV likes and present recommendations. It also has the major streaming apps ready to go out of the box, but you can download many more from Google Play. The physical limit is storage space.

One of the nice things about Android OS is that you can get digital versions of Free-to-air TV channels, so if you have lousy antenna reception but lots of NBN data, you can watch TV this way. It also has Spotify and various music streaming services. Have a look at the Google Play store categories – there are heaps.

For controlling it, there’s a remote which includes a Home Button as well as a Google Assistant Button. Then, there’s a multi-directional navigation wheel for accessing menus and selecting what you want to watch.

Blaupunkt’s BATV10 adds Android TV to any TV or monitor. We would have commented on image quality but that is solely a function of the TV or monitor. As far as we can see, it neither adds nor subtracts from the native content, so no upscaling.

There are many Android TV dongles to choose from including Google’s own Google TV. For more features, you can go with a set-top-box (STB). STB are range from around $100 to the outstanding $350 Nvidia Shield TV that includes full Dolby Vision and Dolby Atmos support, Ethernet, as well as 4K upscaling (if you have a suitable TV).

However, if you have an older TV and want an inexpensive and simple way to access Netflix and other streaming services on it, the Blaupunkt BATV10 is right for the job.

Blaupunkt Android TV Dongle
If you have an older TV and want an inexpensive and simple way to access Netflix and other streaming services on it, the Blaupunkt BATV10 is right for the job.
Features
8.5
Value for money
9
Performance
9
Ease of use
10
Design
8.5
Positives
Low-cost way to add Android TV
Flexible HDMI cable makes for an easy plug-in
5V/1A - powered it from a USB port on the TV
BT allows connection of a soundbar, keyboard and mouse
Negatives
Dongles are entry-level - you can get more features in an STB
No OS upgrade but regular security patches
9