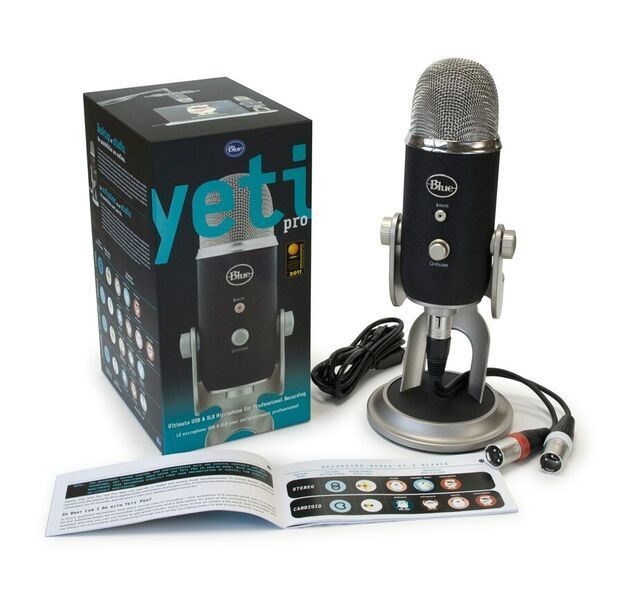 Blue Microphones has announced the Yeti Pro is now in Australia. It is a 24bit/192Khz microphone with both USB and stereo XLR analogue outputs.

The Yeti has become one of Australia’s leading ‘prosumer’ USB microphones. GadgetGuy’s review is here. It was one of the first reviews to ever receive 5 out of 5 stars in its class!

The Pro version has all the Yeti features. It adds 24bit/192Khz recording and the XLR analogue output.

“Yeti Pro brings 192kHz resolution to our popular line of desktop USB products. With the addition of stereo analogue out, creators can upgrade into more professional studio setups. This includes for podcasting, YouTube, music, broadcasting and more.”

Who is Yeti Pro for?

Yeti Pro (Website here) is designed to provide the highest performance possible in a digital microphone. With recording resolution of 24bit/192kHz, it captures audio with four times greater detail than CD-quality audio.

It features separate circuit boards and electronic components to maintain the integrity of the analogue and digital signal paths for the highest signal quality. For analogue recording, it also includes an XLR stereo breakout cable for simple attachment to analogue equipment.