With Bosch powered eBikes, pedalling doesn’t have to be all or nothing 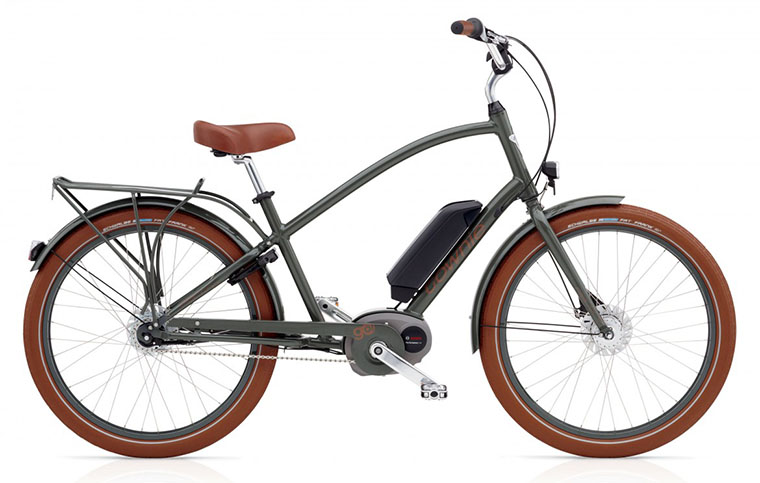 German electric giant Bosch tells us that the launch of a bunch of Bosch-powered eBikes in Australia is helping us join what it calls a “global phenomenon”. It has highlighted – from the vast range of Bosch-powered eBikes – eleven models ranging from $3229 to $9530. With models from a wide range of bicycle makers, there’s surely something there that will meet the tastes and budget of many would-be power assisted pedallers.

An eBike is also known as a “pedalec”, and it’s pretty much a standard pushbike with an electronic motor and battery built in. The motor comes on – indeed, it can only come on – when you’re pedalling. But how hard you pedal is up to you. Pedal harder, you get more exercise and the battery lasts longer. Just go through the motions and the bike will do virtually all the work.

On these models a Bosch motor is in the front gear housing, between the pedals, and drives the normal chain, transmitting power (along with that contributed by the rider) to the wheel through a derailleur gear. Which derailleur? That’s the bike maker’s choice, although Shimano Deore XT derailleurs are fitted to a number of models.

The motor is the Bosch performance CX 25 kilometres per hour model, while the batteries clip onto the frame. They seem to be rated at 400Wh or 500Wh. Some models have two for longer range.

How long they last and the range that they can achieve depends, of course, entirely on how much the battery and motor contribute to your progress, and how much the rider – you – does.

That’s the obvious question. Don’t they need to be registered? Doesn’t the rider need a motorbike licence?

Go back far enough in time and that would have been the case. It has two wheels, it has a motor, therefore it’s a motorbike.

But in recent years governments around Australia (road rules are in the jurisdiction of the States and Territories, not the Federal Government) have changed the rules to allow electrically powered bikes. And, thankfully, they’ve all adopted the same rules, which are the same as those in force in Europe.

The rules prohibit petrol motors, and allow a maximum of 250 watts at a top speed of 25km/h, with a speed limiter to make sure it doesn’t power you above that. The power assist must cut out if you stop pedalling, so no “coasting” along on power alone.

But it can push out more than 250 watts for, as one of the government web sites says, “very short periods of time, which can be beneficial when pulling away at traffic lights or starting a hill climb”. This is measured at the wheel, so to speak, so the motor itself may deliver more than 250 watts to overcome losses in the drive train.

Also, the pedalling requirement is waived for speeds up to 6km/h. This is designed to help when starting up.

Reputable companies like Bosch aren’t going to be a problem, of course, but just to be on the safe side, always check that your purchase abides by the rules. Which means it must be labelled as being in compliance with standard EN 15194, and the label must include the manufacturer’s name, the motor’s cut-off speed in km/h and its continuous rated power in watts.

Older rules also allow non “pedalec” bikes – that is, they can have a throttle and don’t need to be pedalled – with up to 200 watts power.