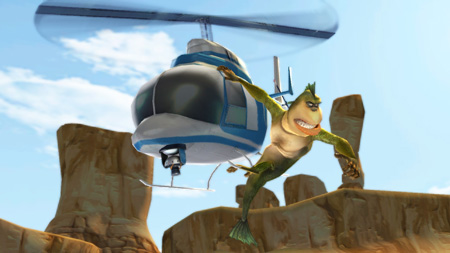 The Companion 3 speaker system from Bose represents the latest generation of small PC speakers that promise to deliver high quality audio for conventional PC tasks as well as gaming or listening to music, while remaining small enough to be unobtrusive. Unfortunately, while the speakers deserve credit for their small size and design, they don’t quite live up to their promise of full and lifelike sound.

The Companion 3 system consists of four elements, including two small satellite speakers, a unit that Bose calls an ‘Acoustimass bass module’, which is a subwoofer with integrated amplifier, and the final component is a small control pad that resembles a thick hockey puck.

The compact satellites are only 9 cm tall, and feature 2 inch speakers, but they can pump out a decent level of volume for such small drivers. The woofer/amplifier unit is also fairly compact, with the enclosure hiding the amplifier, a 5.25 inch woofer, and the control circuitry.

The control pod is an interesting innovation. It plugs into the Acoustimass unit, and allows you to power the speakers on and off, as well as adjust the volume, but it’s the manner of control that is interesting. Just touching the top of the pod will immediately turn the speakers on or off, while rotating the black wheel around the rim of the pod controls the volume. Furthermore, Bose promotes the system as an ideal companion to a portable MP3 player, with the control pod featuring both a headphone output and an audio input. This makes it easy to plug your MP3 player in and get it playing through the speakers with the minimum of fuss.

In terms of audio output, the Companion 3 system is impressive when it comes to volume, and the two satellites give a convincing stereo effect. This is care of Bose’s special TrueSpace signal processing circuitry, which dynamically enhances the sound and expands the stereo breadth. The circuitry also automatically applies equalisation and tone control to your audio, although these effects can’t be manually adjusted.

While volume is not a problem, the speakers did fall short when it came to sound quality. The output was impressive clear, with excellent definition in the mid-high ranges, although it tended towards being tinny and harsh at higher frequencies. There was also noticeable distortion from the satellites when they were pushed above about two thirds volume. The poor little satellites also have trouble competing with the woofer at higher volume levels.

The bass response from the Acoustimass unit is also respectably powerful, but it appears to peak at around the punchy 60-100Hz mark, and loses some of the deeper rumbling lows beneath that level, and there’s a gap between the woofer’s low-mids and the satellites’ high-mids that seems to get lost in the mix.

If you’re looking for some small PC speakers that can pump out a lot of sound, and aren’t too fussy about perfect frequency response, then the Bose Companion 3 system is worth a look. However, for the price, there’s better value to be found elsewhere.