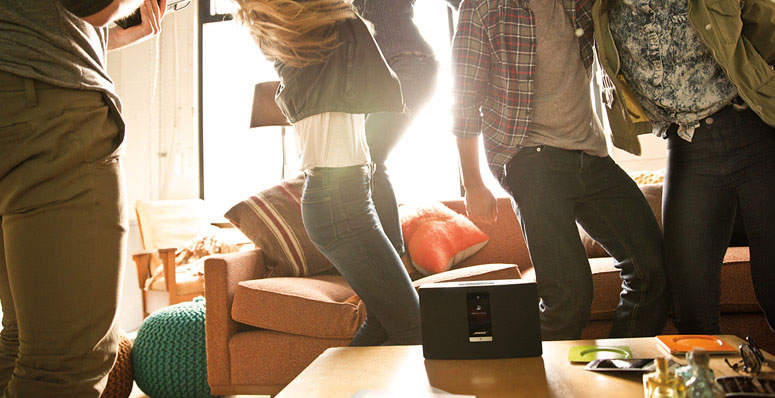 Audio enthusiasts are already familiar with the quality on offer from Bose, and this week, three new sound systems are making their way out to stores, bringing with them new speakers and a new form of connectivity.

It’s not quite your regular music dock or Bluetooth speaker, as the SoundTouch music systems will rely on wireless networks to deliver music stored on network drives, internet radio stations, and streaming music solutions, with Pandora starting it off in Australia and the US, while other services will be added to the systems later on down the track.

“They let you stream your favourite stations, playlists or artists in the easiest way imaginable, and they sound amazing. We believe SoundTouch systems will change music at home the way Bluetooth speakers changed music on-the-go.”

The SoundTouch concept will be appearing in most of the Bose line-up over time, but to start with, will be making its way to three specific speakers, designed in the same image as the typical Bose dock speaker, though without the connection.

There will be a big SoundTouch 30 for $899, the mid-sized SoundTouch 20 for $549, and then a more portable option you can take with you in the SoundTouch Portable for $549.

All three speakers will connect with your home network and will rely on an app on either an Android, iOS, Mac, or Windows system to configure them, linking up the device with stations, and allowing you to setup favourites connected with six buttons, making it possible for you to play your favourite stations without having to pull out a smartphone, tablet, or computer.

The three speakers will also be AirPlay compatible, making it possible for iOS devices to stream music directly to them provided you’re logged onto your home network.

“With SoundTouch systems, Bose has made Wi-Fi music easier and better – for any need, any room and anyone,” added Hess.

The three SoundTouch products are just the first of the new SoundTouch connected devices to arrive, and Bose will be adding this internet radio connected technology to most products in its line-up very shortly.

You won’t be able to upgrade to it, though – we did check – so if this interests you and you own something like a Wave system, it might be time to think about retiring that older model and upgrading to something newer.