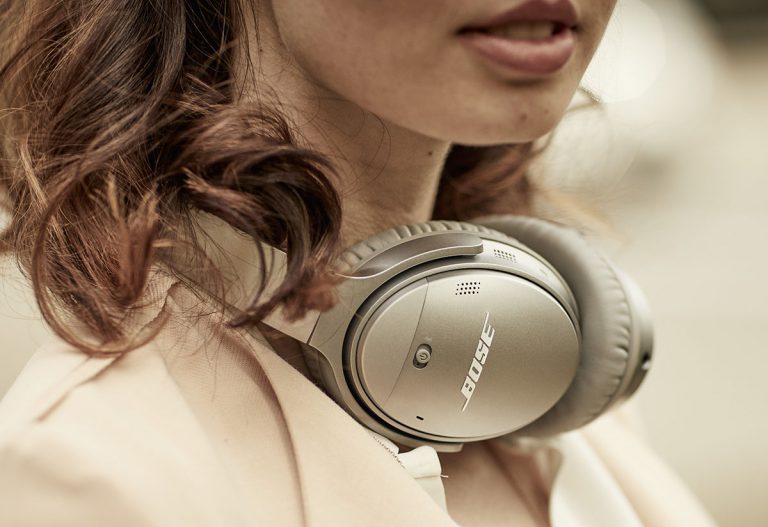 Bose is launching a revised version of its highly regarded Bose QC35 headphones. Now named QuietComfort 35 wireless headphones II, Bose has added a new “Action Button” for, as it says, “seamless voice access to your Google Assistant” on your Android phone.

At its core, this is the same QuietComfort 35 that has been out for a while, the one that our Editor-in-Chief loved when he reviewed it last year. It’s a wireless, noise cancelling model, with advanced control via iOS or Android apps.

In my own experience, you can’t really get better than Bose’s noise cancelling. I reviewed the first consumer set released by Bose way back in 2002 – the Bose QuietComfort 1 headphones – and they were seriously impressive even then. I say “consumer set” because Bose developed the noise cancellation technology in the first place for headsets for fighter pilots.

Noise cancellation essentially works by using microphones to capture the environmental sound, then processing that so that it’s the same as the sound that would make it to your ears from the outside, inverting it and feeding it back into the signal at just the right level to destructively interfere with that environmental sound. With that gone, all that remains is the original signal.

Conceptually simple, the trick is in the execution. Accurate modelling of how the environmental sound propagates through the headphones and within the earspace is not easy. And it has to be done almost instantaneously, or it’ll be too late to do any good.

So, back to the QC35 II headphones. They work with Siri, as did the previous model, and do hands free phone duty, but a dedicated key for Google Assistant increases their effectiveness. Google Assistant is increasingly penetrating the Android world, replacing Google Now. Using the headphones, it can notify you of appointments, or you can use it to manage music playback. And so on. These assistant programs are improving so rapidly, it’s hard to keep up.

An additional feature with the new model is the ability to choose an intermediate level of noise cancellation, or to switch it off entirely using the app. The new “Action Button” can be switched, using the Connect App, from invoking Google Assistant to setting the cancellation level. The app can also be used to set the equalisation for the headphones, allowing you to tailer the sound to precisely what you like.

The built-in batteries have a rated life of twenty hours, but the headphones can be used with a wired connection as well.

They are priced at $499.95, unchanged from the previous model.