Breville taps Pete Evans for an easy pizza made at home 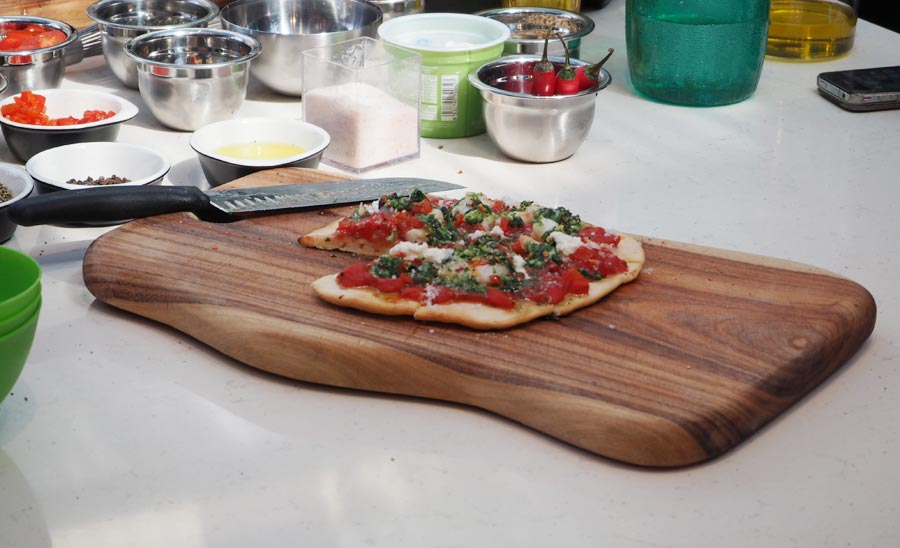 We don’t know anyone who doesn’t like pizza, and the best sort of pizza isn’t one that’s home delivered, but rather made from scratch. Unfortunately, we can’t live in a pizza joint, so until someone offers us residency, we’ll stick to making it at home, which is where a new pizza cooker comes in.

Heading to store shelves over the next few weeks, the latest appliance built specifically for this purpose is from Breville, and while not the first, is a new and improved version of the pizza cooker.

The new model features heating elements on the top and bottom, cooking from both sides and bringing the heat of a 12 inch ceramic pizza stone up to temperatures that you definitely shouldn’t touch with your hands, but will work brilliantly for cooking a pizza. A viewing window is included as well, making it possible to peer into the tiny oven and see how your pizza is doing without lifting the oven door up and letting all that hot air out.

“The key to a great pizza is how hot the oven is,” said Pete Evans. “The problem with the ovens in Australia is they’re all regulated not to go over 250, 280 degrees.”

Aside for being one of Australia’s top tier celebrity chefs and judge on many a cooking TV show, Evans is also one of Breville’s ambassadors, joining the likes of Heston Blumenthal and helping the Australian appliance manufacturer make more than just good appliances, but appliances that chefs of their own ilk would want to use.

“If you’re lucky enough to have a wood fired oven out the back, the way that those work is they get to a horribly intense heat, so the key to a great pizza is how hot the oven gets because it makes a beautiful crispy base. Domestic ovens don’t get to that.”

But the Breville Crispy Crust Pete Evans pizza oven will, and aside for a bit of a tongue twister on the name because of its celebrity connection, manages to heat up past the 280 degree mark on this writer’s home oven, pushing all the way up to 350 degrees Celsius, heating the ceramic pizza stone and mimicking what a brick oven is capable of cooking.

It’s a slightly different model from the one Kambrook makes, even though the companies are joined at the hip, with one of Sydney’s Cooking School chefs telling us that they’ve been testing both, and found that while similar, “this Breville model has more power,” likening it to a race between a regular car and a racing car.

We suspect this means that while the Breville reaches 350, the Kambrook may reach under that, still doing hotter than what an oven can do, but bringing the amount of time needed to cook a pizza up, rather than down, which is what the Breville model will do.

And because Evans is on-board with this model, you’ll find a Pete Evans pizza recipe book included, with recipes for gluten-free dough, regular dough, and even a dessert pizza with pear.

Pricing for the Breville Crispy Crust comes in at $169.95, with availability in stores faster than you can say “mmm… pizza.”