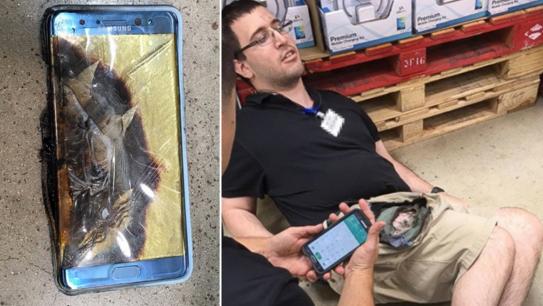 Bring back removable and safer batteries

Our friends at iFixit have gotten behind a campaign to bring back removable and safer batteries. It may not work, but it draws attention to an e-waste issue that will just get worse. It also reinforces the U.S. push to ‘right to repair’ legislation.

The fundamental problem is that lithium-ion batteries don’t recycle well. Yes, you can recycle them if you can get them out of the uber glued and almost hermetically sealed smartphone or tablet cases. The effort is just too great to justify the cost.

The solution is to mandate removable and safer batteries.

Washington Post reporter Geoffrey Fowler revealed the dirty little secret of what happens when a lithium-ion battery is accidentally ‘crunched’ during a typical recycling process. It results in a fire or even explosion. Some 65% of Californian waste facility fires were due to lithium-ion batteries.

And when attempts are made to separate the battery pre-crunching, they often explode endangering the workers. He says that the problem is global and has dire consequences.

Fowler says that when crushed, punctured, ripped or dropped, lithium-ion batteries can produce what the industry euphemistically calls a “thermal event.” It happens because batteries short circuit when the super-thin separator between their positive and negative parts gets breached.

But worse still is the ticking timebomb of old devices still stored in your home’s cupboards. Age does weary them, and the potential of battery explosion increases.

iFixit says it’s all well and good for a manufacturer to tout clean energy practices and recyclable packaging, but far too few tech companies are thinking about realistic end-of-life practices.

Fowler says there is plenty of blame to go around.

GadgetGuy’s take. Fires in Australia too. Removable and safer batteries need to be mandated.

Right to repair – without it you don’t really own it