Can you trust Amazon? 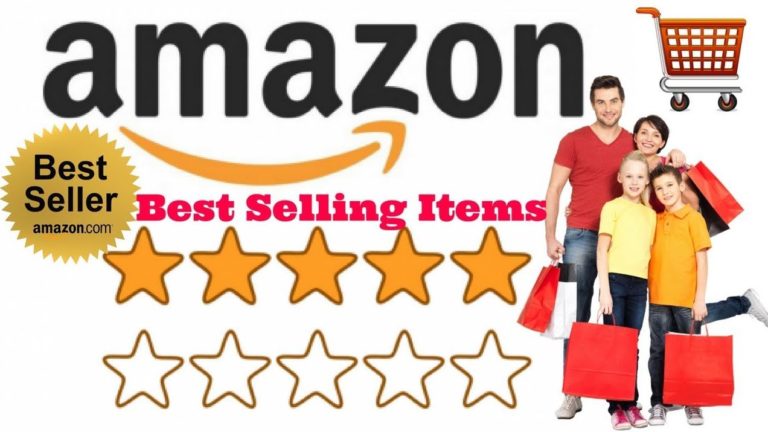 In his continuing series on Big Tech Trust, US correspondent Sam Bocetta poses the question, “Can you trust Amazon?”

Sam is ideally placed to research ‘Can you trust Amazon’ because it is so entrenched in the US landscape – not so much in Australia.

But as he found Amazon is like an iceberg – cold, foreboding, big on top and even bigger and perhaps more treacherous underneath. We will let him explain that statement.

We Yanks have largely grown up with Amazon – since the early days of the internet. It started as an online marketplace for books and then grew like creeping cancer into just about everything under the ever-smiling and cleverly designed Amazon A to Z logo.

I was going to subtitle this ‘Exposing Differences Between Amazon as a Business and Amazon as a Data Collector’. But I may have played my hand too early – oh well, so be it.

And that is where we must start before we make any judgements about can you trust Amazon.

Amazon, the e-commerce platform, is trusted. Let’s not worry at present about fake websites, fake reviews, fake goods or scams. On the whole US, consumers trust Amazon, its convenience in accessing multiple products, its quick delivery and its seamless returns policy. That leads to reassurance when shopping on the platform. It is as if Amazon in the online world can do no wrong.

Amazon (website here) knows that trust is the cornerstone of its business. And using that trust it has built a vast US$280.522 billion empire with 790,000 employees that is driven by its e-commerce technology platform.

What lies beneath – and we venture the lack of Amazon branding is intentional!

In fact, this list is almost inexhaustible because whenever it sees an opportunity, it buys it. Or if another brand’s product is selling well, it then makes it – enter AmazonBasics and its private label brands (this is an excellent article).

And it has hundreds of ‘disposable’ names like 28 Palms, Common District, Leather Architect, or Obsidian.

Non-Amazon brands get lost in the chaos of over a billion products and have to compete with the brands launched by Amazon.

Apart from its own enterprises, it directly affects 680,000 jobs created by Amazon’s investments in areas like construction, logistics, and other professional services and 830,000+ jobs created by small and medium-sized businesses selling on Amazon.com.

Founder Jeff Bezos invests in all manner of companies (as you would expect one of the world’s richest men to do).

Forgive us for taking a great deal of pleasure in the recent news that Bezo’s smartphone was hacked. Not that we condone stealing personal information from anyone. Quite the opposite. But the pleasure to be drawn from the recent headlines is that finally Bezos has got a taste of his own medicine –  now someone knows more about this reclusive billionaire.

So that is the Amazon business. What drives it?

70% of search on Amazon’s e-commerce site is for ‘generic’ items like batteries, sports shoes etc. Very little is for a specific brand, model or product.

That means in the vast majority of cases; Amazon can use its search algorithms to deliver ‘tailored’ results. Those algorithms are secret, but its A9.com drives the search. At its basic level, it will deliver results to increase the probability of a sale, e.g. Amazon’s best-selling products, best margins, fulfilled by Amazon, stock availability, most customer-centric sellers, number of positive reviews etc.

That may mean an Amazon private label brand comes first or a known brand that pays for the privilege. Oh, and it also looks at your past activity in its secret, vast, all-knowing profile on you.

It decides what it thinks you want by building up a picture of who you are, then offering you products that people with similar profiles have purchased.

There is an excellent article on A9 here. It accounts for the fact that when you ask Alexa about how much a manicure costs (example here) it gives you manicure products on the site with the retort – “Want to buy it?” In contrast, Google will serve information about manicures.

The biggest privacy issue with Amazon is the amount of data that it collects on its customers and how it uses it.

And in this fact lies a common misunderstanding about the company. While the company is the biggest online retailer in the world, it also has a side-hustle: collecting, using and selling your data.

What Does Amazon Know About You? Everything

Let’s start with the facts. Its privacy notice is here, and it is quite horrifying (please read examples of information collected at the end). It categorises information into

Amazon collects a vast amount of data on its customers and stores it in your profile. This is the tip of the iceberg

Arguably, only a tiny portion of this data is necessary. It is also worth noting that the above is just the most basic level of what the company collects.

Is my data secure?

The sheer amount of data that customers give to Amazon is concerning, and more so because of two reasons.

First, is that businesses like Amazon are a significant target for identity thieves, and Amazon’s record on keeping your data safe is by no means perfect. UpGuard rates it 715 on a 950-point scale with data leaks to its merchants being the most significant issue. And let’s not forget the abysmal record of its Ring security cameras and Alexa snooping.

Second, customers are on their own when it comes to limiting the amount of data they give to sites like Amazon. There are no laws. The government should protect us from this privacy intrusion; instead, it is gladly helping with it, to the point that we’ve previously argued that personal data is under direct attack in Australia.

Alexa, stop listening to me!

Now we get to the scary stuff. It is well known that Amazon Alexa spies on you, recording everything you say to “improve your user experience.” If you believe that, you’ll believe anything.

According to Amazon, the Echo captures 60 seconds of recorded audio at any given time. But once the wake word is detected, the recorded audio and verbal command are uploaded to Amazon’s cloud and are stored there – forever. Then it is converted from speech to text so it is searchable and we venture some of it goes into expanding your profile.

Take a closer look at some disturbing facts that cast suspicion on Amazon’s explanation of how Alexa works.

In December 2016, investigators of an Arkansas murder found an Amazon Echo at the crime scene. They reasoned that the audio collected would help them solve the case. So, they asked Amazon to hand it over. The company refused.

Leave aside for a moment, the ethical problems raised by the fact that Amazon refused to help solve a murder.

Look instead, at their explanation of why they couldn’t hand over this data – it belonged to them. It didn’t deny that the device had collected audio, or that it had it. It just felt – and argued in court – that everyone knew this.

And this is the biggest problem when it comes to devices like Alexa: the sheer lack of consumer knowledge about how these devices work, and the apparent complicity of lawmakers in undermining the fundamental privacy rights of consumers. Even the most recent privacy laws in Canada held up as a shining example of how governments can protect consumers from data collection, make no mention whatsoever of IoT devices like the Alexa family.

Why does Amazon need this much data?

Given the scale of the data collection operation that Amazon runs, an important question arises: Is the company an eCommerce store at all?

The answer to this question is a little complex. It illuminates the difference between Amazon “the business” and Amazon “the data collector”.

With Amazon, the data the company collects and the store it runs are intimately connected. When the history of the early 21st century comes to be written, Amazon will likely stand out as an entirely new business model. Not content with offering customers products they may need, Amazon has built an empire on in-depth analysis of our deepest desires, and a model that seeks to take advantage of them. Why it even uses your data to ‘surge-price’ if it thinks you can afford it.

The outcome of this is that Amazon is very good at selling us things we do not need, or even knew we wanted until the algorithm told us we did.

And beyond the intrusion of privacy that this represents, it is also having deleterious effects on the everyday lives of many people.

As Tokenist has pointed out, according to the Centre For Microeconomic Date (CMD) latest Quarterly Report on Household Debt and Credit, the third-quarter of 2019 marked the 21st consecutive quarter with an increase in household debt.

This debt is, we would argue, the fault of companies like Amazon, who have made a fortune by invading our privacy.

Amazon is not squeaky clean

We reported a few weeks ago in the fact that Scamazon has become a recognised word due to the sheer number of fake Amazon sites.

There is growing anger in Australia of the revelations of just how much tax Amazon is avoiding in Australia.

There is the feeling that Amazon has become too intrusive, too greedy and dogged determination to be the uber-dominate online – hell everything.

In Europe, the EU Competition Commissioner has launched a full-scale probe into Amazon. Commissioner Vestager said,

“The question here is about the data. If you as Amazon get the data from smaller merchants that you host… do you then also use this data to do your own calculations, as to what is the new big thing, what is it that people want, what kind of offers do they like to receive, what makes them buy things?”

Wikipedia has a list of criticisms of Amazon – most illuminating.

The Future – Can you trust Amazon?

You can trust Amazon to collect impossibly vast amounts of information about you and to use it against you. And if you are OK with that then at least we have been diligent in making you aware.

We are not saying Amazon is terrible or criminal – it works within the shadowy global void of privacy regulations.

So, the next time you visit Amazon, stop and think. You might think you are visiting an online store, but you aren’t. Not only does Amazon own the biggest store in the largest mall, but it also owns the mall itself.

You have willingly entered an enormous surveillance system designed to extract your desires, re-package them, and then sell them back to you.

Unfortunately, the future is unlikely to bring any improvement to this situation. The apparent complicity of governments gives little hope that they will protect us against privacy intrusion.

So the short answer is – No, you can’t trust Amazon

But that probably won’t stop you using its e-commerce system and be sucked down the rabbit hole. And we all know that did not end well for Alice!

Before you do – consider that using this behemoth will put local people and traders out of work and business. Shop local or say goodbye to bricks and mortar stores.