Can you trust Kogan? Well to do the wrong thing then yes! 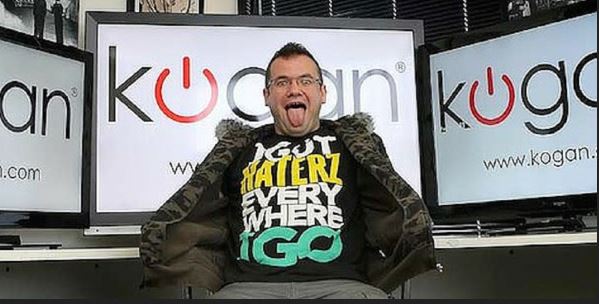 Can you trust Kogan? Well the ACCC and the Federal Court don’t think so. It found that Kogan seriously betrayed Australian consumers trust and broke the Australian Consumer Law by making false and misleading representations about a tax time sales promotion.

GadgetGuy has had dealings with Kogan before, and we advise our readers to avoid this blatant grey marketer and parallel importer. It reinforces our opinion that you can’t trust Kogan. Caveat Emptor!

We frequently hear that readers can’t get refunds, are sold sub-standard goods or goods that don’t meet advertised descriptions, rampant customer dissatisfaction, spamming and many more issues. And don’t forget Kogan won’t allow legitimate reviews. What has it got to hide?

What has Kogan done this time?

Between 27-30 June 2018, Kogan ran an online promotion where consumers could obtain a 10% discount on most of its products by using the discount code “TAXTIME”. But instead of giving a discount as promised Kogan surreptitiously increased the prices by at least 10% for more than 600 of its products immediately before the promotion. Prices reverted to normal after the promotion.

ACCC chairman Rod Sims said (and I thank our lucky stars he is on the consumer’s side):

“We brought this case because we were concerned that the advertised price reductions were not genuine… actually paid the same as, or more than, what they would have paid immediately before and after the promotion. All businesses must ensure that their advertisements do not mislead consumers about the nature of a promotion and that any promised savings are genuine.”

A hearing on relief, including penalties, will at a later date. The ACCC article is here and is seeking declarations, injunctions, pecuniary penalties, corrective notices and costs.

And the NSW Department of Fair Trading has confirmed a jump in Kogan complaints to 35 for June and 42 so far for July putting it back to the top of the worst performers list.