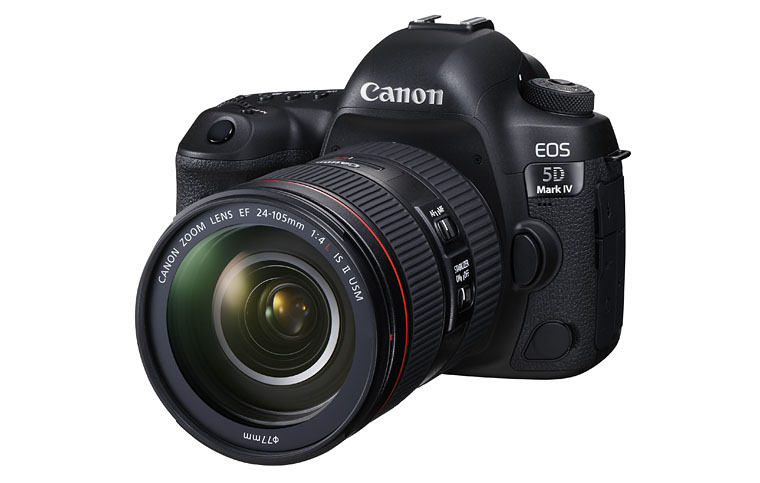 Model numbers aren’t always intuitive. Take Canon, for example. Its digital single lens reflex (DSLR) cameras all go by the moniker EOS and then some digits, followed by D. But they range in price from not much more than $500 (Canon EOS 1300D) to well above $8000 (Canon EOS 1D C). So where does the newly announced Canon EOS 5D Mark IV fit into this range?

Any DLSR aficionado knows that one, for the EOS 5D is a famous line. Introduced way back in 2005 (with a for then extraordinary 12.8 megapixels), it was a full frame pro-level camera at a relatively modest price. “Relatively” is important: it was $US3299 without a lens.

Now, eleven years later we’re up to the fourth version. Pricing isn’t given by Canon (“Prices will be set at dealer discretion”), but street pricing (in Australia) of around $3300 for the Mark III, body only, sets a lower bound. (UPDATE 8 Sept 2016: the first few pre-order advertisements are coming through. They’re suggesting around $5200, body only.)

The Mark III has a resolution of 22.3 megapixels. The Mark IV pushes this to 30.4 with its CMOS sensor. It also supports full DCI (Digital Cinema Initiatives) 4K video up to 30 frames per second. Which is only appropriate, since it was the Canon EOS 5D Mark II that opened up high quality cinematography to … well, not quite the masses, but to those who had been deterred by the tens of thousands of dollars actual cinema cameras cost. DCI 4K resolution is 4096 by 2160 pixels (rather than the 3840 by 2160 of UltraHD). 8.8 megapixel still images can be “extracted” from this video in-camera. For the inventive, the camera can also capture HD video at 120 frames per second, which allows smooth slow motion playback, as well perform time lapse cinematography. There’s also a High Dynamic Range (HDR) movie mode.

The camera has built in WiFi and can work with an app for transfer of photos wirelessly. Built in GPS means that geotags (ie. the co-ordinates of the place at which the photo was taken) can be inseted into the EXIF data of images.

The camera features 61 point auto focus and shooting of up to seven frames per second with full resolution, auto focus and auto exposure. Burst shooting can be continuous for JPEG, or up to 21 shots for RAW. A new Dual Pixel RAW file format allows additional post production work, such as correcting sharpness and shifting bokeh (out of focus highlights). ISO settings of 10 up to 32000 are possible.

Canon has announced two new L-Series zoom lens featuring durable construction. The wide angle EF 16-35mm has a fast aperture of f/2.8 available across its range. The EF 24-105mm offers a versatile zoom range from quite the wide angle view through to a reasonable telephoto reach. It enjoys weather-proof construction and image stabilisation, and has a maximum aperture of f/4 available across the range.