Canon new EOS M50 camera is not smoke and mirrors 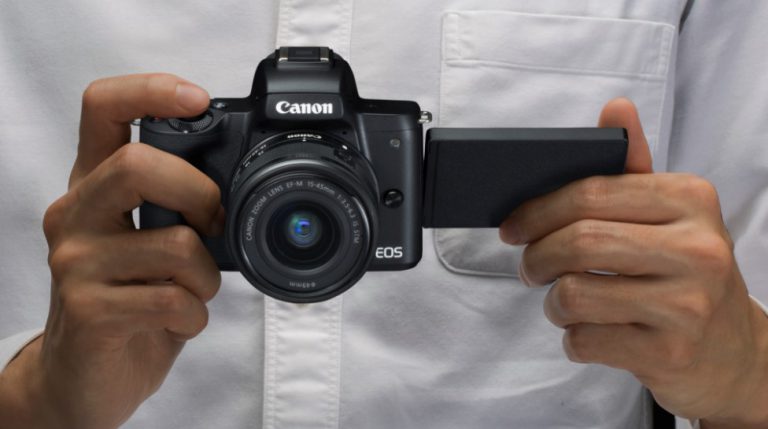 GadgetGuy was invited to preview the camera, along with two new DSLR and an AI Bounce flash. I admit that my interests of late have been more in smartphone cameras, but it did not take long to realise that these are mere toys in comparison with a real camera!

Well, perhaps that comment was influenced by the professional photographers present who eschew smartphone photography. “The best camera is not one in your pocket as Apple would have you believe. The best camera is the one that is right for the job,” said one.

The EOS M50 is Wi-Fi and Bluetooth capable, has an APS-C-sized 24.1 MP (megapixel) CMOS sensor and Dual Pixel autofocus for sharp, high-resolution images in low-light situations. Continuous shooting at ten frames per second (fps) means the most fleeting moment can be captured in rich detail.

“The EOS M50 is Canon’s most intuitive and powerful mirrorless camera to date,” said Brendan Maher, Product Manager – Cameras, Canon Australia. “Ultra-compact and packed with the latest processing power, sensor technology and 4K movies as well as ‘autosave’ to your phone, it’s the perfect companion for the modern traveller.”

Sorry for the brief overview but if you are interested simply search for Canon EOS M50, and you will get much more detailed photography reporting.

The consensus from those who know is that it meets the wish list for an entry-level mirrorless camera that in fact outclasses those above it.