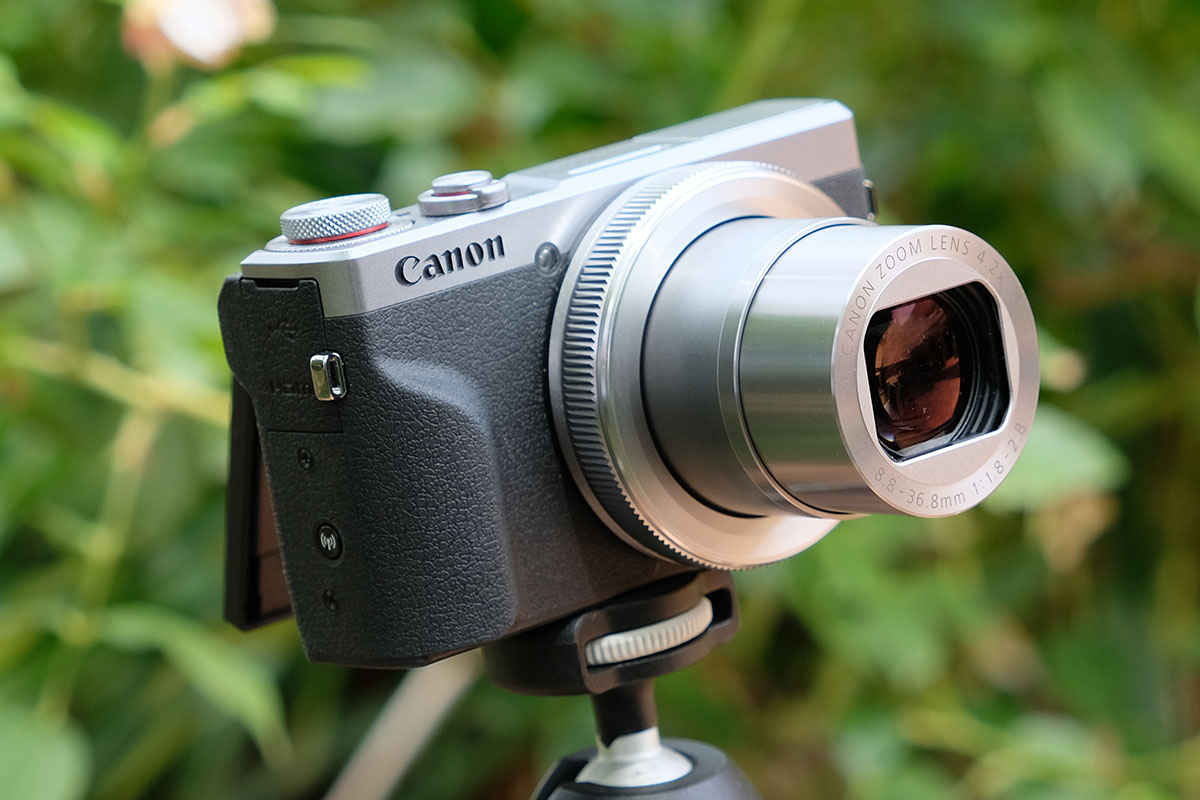 Is the Canon PowerShot G7X Mark III the perfect travel camera for the tourist? After spending a few weeks with it, I can say it comes close. Albeit, with one significant deficiency.

The Canon PowerShot G7X Mark III is at or very close to the top of heap amongst Canon’s compact cameras. The company is marketing it, a little surprisingly, as “The Vloggers camera”. It certainly has some decent video features, and a flexible screen that folds all the way up to allow you to see yourself as you’re talking into the camera. But it lacks a flash mount, so if you want to add physical accessories such as a microphone, you’ll need a separate flash-mount arm. It does have a microphone input, though.

My plan wasn’t to use it for vlogging, which I don’t do. But with a rather exciting upcoming trip, to use it as my travel camera.

Why? Because it seemed to offer the ideal combination of quality and compactness.

At only 105mm wide, 61mm tall and 42mm deep, the Canon PowerShot G7X Mark III slips very easily into the small “man bag”, to the carriage of which I’ve recently succumbed. And at only 304 grams, it doesn’t add much to the bag’s pull on my shoulder.

It is, of course, a fixed-lens unit, with a rather fast f/1.8 to f/2.4 maximum aperture. The lens has a 4.2x optical zoom – 35mm-equivalent to a 24mm to 100mm range. That’s from fairly wide-angled to modestly telephoto. You can go for a camera with a wider zoom range, but that will typically involve a larger camera body. The image sensor is a 20.1 megapixel (5,472 by 3,648 pixels), 1.0-inch stacked CMOS unit. Canon uses its Digic 9 device for image processing.

The Canon PowerShot G7X Mark III has a wide array of features, including good levels of manual control over your photography. That means squeezing quite a few controls onto a smallish frame. Canon has done that quite successfully. The back is dominated by the fold-out LCD monitor. This can flip upwards by 180 degrees so you can frame yourself effectively in your vlogging or for regular selfies. Or the top can bend down by up to 45 degrees so you can hold the camera overhead and still see what you’re shooting at. There is no viewfinder.

To the monitor’s right is a round dial with five press positions. You can also spin this to control some actions. There are four more control buttons around it, including one for starting video recording. To the right is a button for the Wi-Fi and Bluetooth functionality. At top right is a slightly recessed on/off button, the shutter release with the zoom lever underneath it, the shooting mode dial and exposure compensation dial underneath that. A ring around the lens does nothing in automatic mode, but if you choose aperture or shutter priority, it sets that.

Manual focus is possible, but unfortunately the lens ring does not control that. Instead you have to tap arrows on the rear monitor. Better is to “Enable” the “AF+MF” mode. That way you can half-press the shutter release to use automatic focus and then spin the ring to adjust it manually. You just need to practice a little so that you can hold the half-press while turning the ring.

A lot of other controls are accessible through a quick menu, which you get to by tapping at the top right of the monitor.

In general, the controls were well-placed and usable, although I did tend to accidentally nudge the exposure compensation dial sometimes. By default, if you tap the monitor the camera will autofocus on the spot tapped and shoot. That led to me accidentally taking several dozen photos of random stuff by accident. You can probably chase down the setting to cancel that. Me? I just chastised myself and deleted the accidental shots because the feature is useful when used intentionally.

The auto focus was fast. And the fast-ish lens was also useful. I find my hands less steady when framing my shots using the rear monitor, than when bracing the camera against my face while using a view finder. No viewfinder? No bracing. Yet when I went through a fashion exhibition at the Sydney Powerhouse Museum, snapping away, the camera managed to keep the shutter speed up around 1/40th to 1/60th of a second and the ISO down to 800. That made for colourful and clean shots, unsmeared by movement.

Despite accidentally nudging the exposure compensation dial a couple of times, I found it really useful to have ready access to it to adjust the lighting for difficult scenes.

There is a built-in flash which pops up from the top of the camera. I didn’t use it, and generally hate flashes. But having one available is useful in case you need to capture a scene for informational purposes rather than artistic.

Again, manual focus was problematic for on-the-fly photography. But it could be useful when there’s plenty of time, particularly if the camera is mounted on a tripod.

In auto mode the camera chooses reasonable settings. This one draws the eye to the subject, a roadside stump in rural France:

Most cameras have trouble with subjects where the background is markedly lighter, such as this lizard in the Chinese Gardens in Sydney:

But you can just wind up the brightness with the exposure compensation dial:

To preserve eerie lighting, you have to switch off Auto White Balance (that is, you switch the white balance to daylight mode). That way you get the sense of the room lighting. First green:

The battery life of the Canon PowerShot G7X Mark III is rated at 235 shots, or 320 shots in eco mode. In fact, without quite exhausting the battery I managed 273 shots over the course of a couple of days, along with a couple of very short video segments. Note, I did not use the flash at all. The camera comes with a small battery charger. But the brochure says: “Charging via USB available with Compact Power Adapter PD-E1 or other typical USB charging methods.” The PD-E1 is an optional extra.

As I’ve said, the plan was to test the Canon PowerShot G7X Mark III as a travel camera. And for me, that means travelling as light as possible. So before I left I plugged the camera into a USB cable connected to a USB power supply, noted that the charge light came on, and let it fill up. A couple of days later, on landing at my destination, I took those 273 shots.

And then I plugged the camera into my power adaptor. No charge light. I tried a different power adaptor. Nope. I tried the USB power outlet on the power brick of my Surface Pro 2017. Nup. The USB socket on the Surface Pro? No, although the camera did appear as a drive. How about a Belkin 15,000mAh power pack. That didn’t do it either. I’m a belts and braces kind of guy, so I had three USB Type-A to USB Type-C cables on me. Nope. None of them worked.

Could all that stuff be defective? I plugged a GoPro Max into several combinations and it happily charged.

By this time I was starting to doubt that I’d successfully charged the camera that way at home, but when I got back – I had to take photos of the Acropolis with my phone, damn it! – it charged perfectly well with the adaptor and cable I’d used at home. That was a Belkin USB Type-C adaptor and a USB Type-C to USB Type-C cable.

Clearly, the camera was very fussy about what devices it would accept power from. And perhaps what cables. Owners should check that it will work on their travel charging equipment before relying on them.

Transferring 496 photos and four videos, which amounted to 3.51GB, using the camera’s USB port took a little over two minutes. That translates to a USB 2.0 transfer speed of 28.5MB/s. I of course used a USB 3.1-rated cable, but since Canon doesn’t boast about the port being USB 3.0-rated, I figure it is designed only for USB 23.0.

So it seems that the Canon PowerShot G7X Mark III is very sensitive with regard to power supplies. With that caveat in mind, this camera is a brilliant travel camera. It’s very small, very light, takes excellent shots and 4K video. And you can exercise great control if you need to.