I can’t live without – my router! 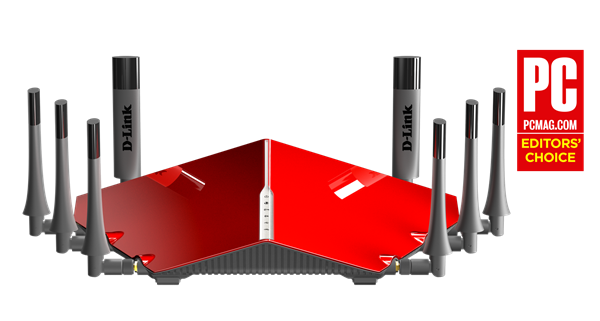 Consumer dependence on Wi-Fi routers for a connected home has eclipsed the smartphone as the number one technology US adults cannot live without.

The Customer and Product Experience 360 (CPX 360) Survey by iQor found Wi-Fi routers are the backbone of a connected home delivering audio, video and data content to its connected devices.

iQor says 64% of US adults could not be without Wi-Fi for more than one day and that percentage is only going to increase.

According to respected Australian technology researcher Telsyte the average home will have over  30 devices connected to the router by 2021. All will rely on a connection with the cloud to deliver smart home services.

Autumn Braswell, COO, LinQ Integrated Solution at iQor said, “The fact that the Wi-Fi-connected smart home is the most important technology consumers don’t want to be without – over the smartphone – is a shift that technology experts and brands must understand and plan for, because this is a relatively new market and consumer adoption is not yet mainstream.”

“Currently, there is no clear brand owning the connected home customer experience. We believe that whoever can help consumers fully realize the potential of the connected home reality—and connect multiple devices for maximum impact, security and efficiency—will emerge as the brand leader five years from now,” she added.

The CPX 360 survey reports that most consumers are concerned about the lack of security from hackers who might hack into smart devices in the home.

Brad Russell, Research Director for Connected Home, Parks Associates, said, “Companies are working to adopt best practices for IoT data security and management to allay concerns and deliver peace of mind, including more stringent efforts to secure the home network by deep inspection of incoming and outgoing traffic and monitoring of edge devices to alert for anomalous behavior.”

The promise is a fully connected home that shares information and simplifies tasks. The CPX 360 survey reports that consumers are afraid of the “cascade effect” – one device fails and all fail – in the smart home ecosystem.

Complexity is also a big issue.

Brasswell said, “The connected home contains multiple devices, from a variety of device manufacturers, that are all supposed to work together in harmony. When an issue arises, consumers often do not know how to identify where the issue resides: with connectivity to the internet, with the device itself or with a different device it is connected to.”

This grey area confuses both the customer, as well as customer service departments for various device brands. The fear of the ‘cascade effect’ is real if consumers are already having smart home connectivity, set-up or operation issues.

Brands can offset the “cascade effect” in the connected home by educating consumers and retooling product delivery and customer support methods.

Hartmut Liebel, CEO of iQor, said, “Consumers will adopt and try a number of different devices and those that enhance their lives and work seamlessly will secure a permanent place in the connected home. The ability to easily operate these connected devices and services, and to readily obtain customer support when needed, will be the crucial factor in adoption. Brands need to expand proactive engagement efforts and simplify products to minimize set-up frustration and directly address consumer concerns around privacy and security.”

The CPX 360 survey also reports that:

Australia is perhaps a little ahead of the US in ‘internet of things’ adoption per person, and the US results don’t surprise at all.

I chose OK Google as the voice communication although I wanted to have Amazon Alexa as a fall-over reserve. In fact, I would have preferred a single Android tablet-based interface, but there was none.

I was extremely careful to research that all devices worked together (in theory) through the same Wi-Fi connected hub. They didn’t, but that is only part of the story.

By the time I had set it all up and got it “sort of” working I found I had 29 devices connected to a new Telstra NBN Wi-Fi AC router that simply could not handle the load.

For example, if you were playing multi-room audio then Netflix streaming was affected (or vice versa). If you were streaming a 4K Blu-ray to the smart Android TV, then nothing else had the bandwidth. They all used the Wi-FI!

It kept falling over, and my life was hell as I also rely on it to work for GadgetGuy. The result was another $700 for a D-Link DIR-895L Wi-Fi AC5300, tri-band router and I could not be happier.

It is a cautionary tale – don’t think for a minute that smart homes are here and now. They are a few years away when you will be able to walk into “Smart Homes R Us” and casually pick items off the shelves that all play nicely together and work out of the box.

If I lack hair, it is because technology seldom lives up to the marketing hype!