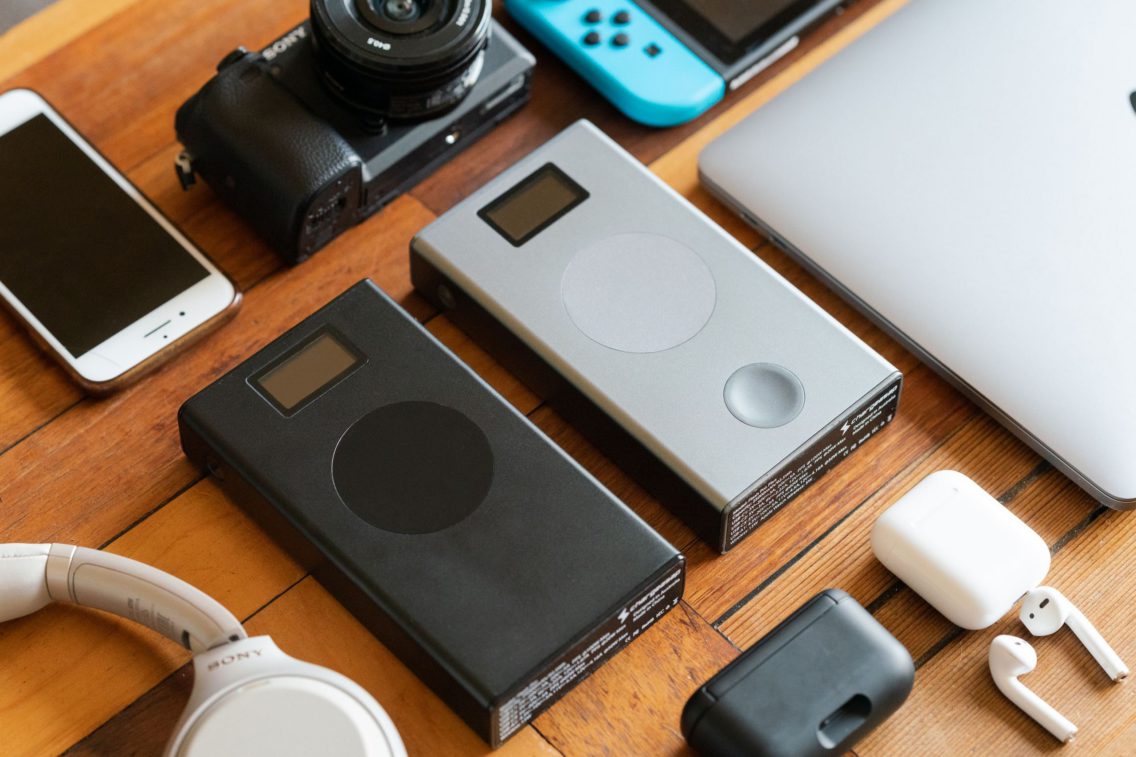 The Aussie company behind Chargeasap Flash Pro has taken the crown for the world’s fastest 25,000mAh/92.5Wh power bank and has thrown in a 15W Qi charge pad for good measure.

This is state of the art offering 100W USB-C PD, 60 and 20W USB-C PD 3.0 and 50W QC 3.0 and OPPO SVOOC (also works with realme and vivo variants). But my favourite part is the highly informative OLED readout that shows charged capacity and volts/amps/watts on all four ports. In fact, its capacity is 210W as you can use all five ports to 190W simultaneously.

It is all possible due to Graphene. The Chargeasap Flash Pro uses 5 x cells (rumoured to be the same cells used in a Tesla). Result – 0-100% charge in just 1hr 10min (using 100W charger) or 80% in only 35 minutes, making it 10 x faster than traditional power banks. We tested – it is no idle boast.

There is also a Flash Pro Plus Apple-specific unit with MagSafe and Apple Watch charge pads.

I seldom get excited, but four things got the adrenalin pumping.

And I like that it is idiot-proof – while it has four ports, all will intelligently use PD (power delivery) to charge at the correct amperage – no issues if you stick the Apple iPhone in the 100W port. I also like that it has one USB-A port supporting Qualcomm QC 3.0 and OPPO SVOOC to 50W.

There is a lot to like – except perhaps the price.

To its defence, it has Graphene batteries, charges enormously quickly and is a Rolls Royce. If you hurry you can get it for US$149 at Indiegogo.

If you connect a 100W charger to Port 1, it can pass through around 60W over the other ports. That opens up possibilities of using this as UPS (uninterruptable power supply) for IoT and other devices.

Charging creates heat, and it has an internal heat readout. Our unit never exceeded 32°. Graphene batteries also have 2000 charge cycles, so this is a keeper.

As I said earlier, if all you want is a 25,000mAh power bank for emergency charging or on the go, this is extreme overkill.

But it grows on you. Once COVID lockdowns allow international travel, its 500g has a place in my carry-on luggage – although the GaN charger is 220g. As it allows pass-through, it can also be a desktop multiport charger and a Qi charge pad.

Apart from the variable Qi pad charging (that could also be due to smartphone case thickness and placement), it does everything you could ask.

Chargeasap Flash Pro
The Aussie company behind Chargeasap Flash Pro has taken the crown for the world’s fastest 25,000mAh/92.5Wh power bank and has thrown in a 15W Qi charge pad for good measure.
Features
9
Value for money
9
Performance
9
Ease of use
9
Design
9
Positives
No loss of charge speed using all ports as all are on individual charge circuits
Five device simultaneous charge
4x battery charge cycles to most power banks
Supports QC 3.0 and OPPO VOOC
Negatives
Expensive unless you had to buy five separate chargers!
It really needs a 100W GaN Charger to get the best out of it
9