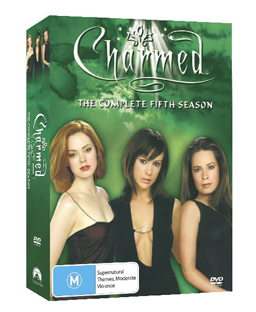 Now that Buffy is gone Charmed continues to keep those interested in all things occult glued to the screen and season 5 is a pretty solid effort too. For a very reasonable price you get 6 DVDs as well. Season 5 doesn?t see the major cast changes which so marked series 4, but the direction of the show did change with series creator Connie Burge moving on and executive producer Brad Kern taking a more active role. Some say with series 5 Charmed lost its edge with a more frivolous approach. We are inclined to agree, but this set is still great for fans even though there are virtually no extra features of note.