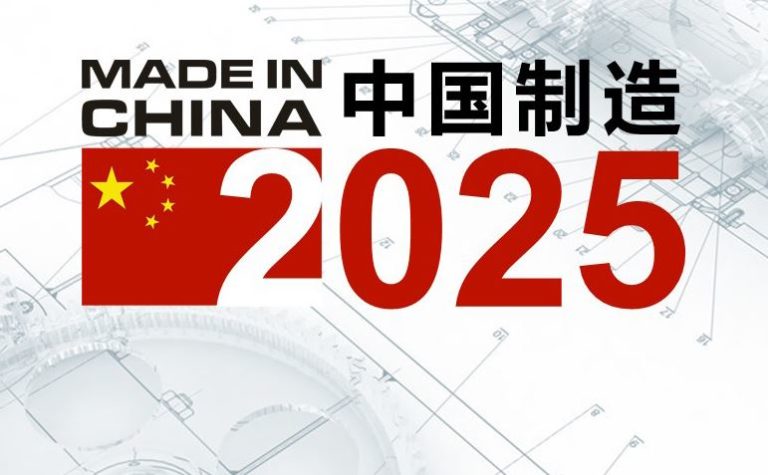 China wants all tech components designed and made in China by 2025 (MIC 2025). It also has similar ambitions for global AI leadership by 2030.

The original idea behind MIC 2025 was simply to catch up – to stop being a cheap labour force for the west. In the rush to get there the policy has led to claims of rampant IP theft from the west and manipulation of tariffs and import duties to slow imported components. China-first.

The Chinese Government has mandated a ‘Made in China policy’ that aims to make it self-sufficient in both technology and components by 2025. It may not happen by then, but it has spurred rapid development of Chinese developed and made smartphone components – OLED/LED screens, DRAM, Flash memory, batteries, 5G modems, motherboards, camera sensors/optics and more.

Chinese companies including Huawei, OPPO/Vivo/OnePlus, Xiaomi and others are under intense pressure (and deadlines) to replace imported technology and parts with locally made equivalents. That is as simple as replacing Qualcomm tech with Kirin, Samsung/LG OLED screen with etc.

China is aggressively supporting its own technology giants.

China’s MIC 2015 uses the terms ‘indigenous innovation’ and ‘self-sufficiency’ and will not allow foreign investment in high tech industries. Where it does, technology transfer is mandated. The biggest problem is that necessary core technologies tend to reside in US hands. President Donald Trump knows this, and it underpins the US-China trade tariff wars.

Will it mean the end of Google Android in China? Analysts say most likely. China already blocks Google services there. Baidu (China’s official search engine – read ‘Choogle’) is readying an open source new Android fork Baidu Yi, a Chromium like browser, and designing apps for local use. Alibaba (an Amazon-like company) has AliOS.

Will it mean the end of Chinese assembly of Western-branded smartphones?

Likely. Samsung and Apple are investigating options to assemble in other countries where there are no local content mandates. In Q1, 2019, Samsung had 1% of the market, and Apple has nosedived from 15%to 6.5% Y-o-Y.

And there are rumours about state-sponsored challengers for Intel x86 CPU, NVIDIA, and even a Windows compatible operating system for desktop/laptops. Lenovo, a Chinese company with global reach, is well-placed to bring the MIC 2025 devices to the market. That may force HP, Dell, Acer, ASUS et al. out of lower cost Chinese assembly.

All China needs to do is quietly adopt discretionary import tariffs for non-Chinese IP to incentivise the home-grown industry to step up to the plate.

100% Chinese designed and made smartphones

Huawei shipped about 206 million phones in 2018 – it has about 28% of the Chinese market followed by OPPO, Vivo and Xiamoi.

All three (and the dozens of other niche makers) have 100% Chinese phones designs ready to go.

Huawei is now on record as saying it will take the global leader spot from Samsung ‘one phone at a time’ by the end of 2019. Well, it took number two spot from the unassailable Apple after making that same pronouncement two years ago. MIC 2025 will help tip the balance.

China wants to own the IP as well as the manufacture. See below for MIC 2025 main focus areas.

Samsung is considering pulling out of Chinese smartphone assembly, in part due to the Chinese Development Plan – MIC 2025.

In 2018 these assembled a little over 100 million handsets for that market. It closed its main Tianjin operations (76 million units) at the end of December 2018. Rumour is that Samsung is increasingly finding it difficult to comply with Chinese MIC 2025 threats of import taxes on Korean made parts – used in the local assembly of its phones.

BTW Samsung may face similar issues in India (where it has the world’s largest smartphone assembly factory). The threat of import tariffs may stop it importing premium components for its locally made Galaxy S and Note series. Sure, it can get local generic LCD screens, ARM chips and memory etc but not premium parts.

Samsung also assembles phones in Vietnam (240 million units) where there are no local content mandates.

What we will see is Google Pixel, LG, Samsung, HP, Dell, and non-Chinese brands move to safer waters.

That may not be Taiwan either – home of HTC, Acer and ASUS.

Reuters reports (January 2019): China’s President Xi Jinping asserts that Taiwan and China ‘will be unified’. Mr Xi said that “Beijing would take necessary measures against foreign interference and a small number of Taiwanese independence activists and separatist activities to achieve the unification goal – it cannot go on for another generation.” He added, “We do not promise to renounce the use of force and reserve the option to use all necessary measures.”