Christmas Gifts for Him 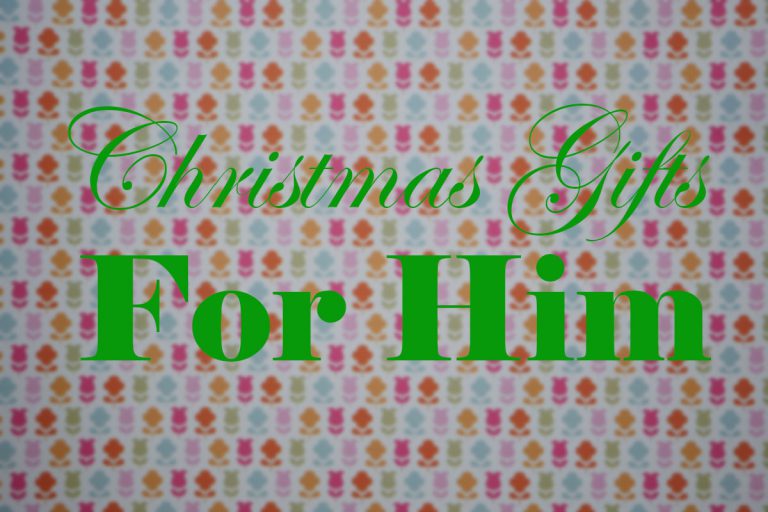 We say it again and again, because it’s the simple truth. Men love gadgets. And what they most want under the Christmas tree is something that does something. That, basically, is the very definition of a gadget.

Here we’ve picked out eight things that actually do do things, generally in ways that impressed us. Check them out. You’ll probably find something he’d love.

After years of teases and substandard products, Virtual Reality is now on the verge of delivering a truly valuable experience. Why not get him into this while it’s still early with Google’s new Daydream View VR goggles.

He pops your phone into the viewer, pairs it with the included remote control and starts seeing things in 3D, and can just look in any direction for an entirely new experience. We especially liked being about to walk through the Palace of Versailles and look around at everything with natural movements.

Check out the Gadget Guy review here, and make sure that his phone is a compatible model.

Virtual reality requires a lot of processing grunt and a high resolution display. So why not match the Google Daydream View with the phone for which it was clearly designed, the new Google Pixel 2 XL.

In addition to handily performing that function – it features the fastest phone processor around at the moment – it has an “Active Edge” so he can squeeze it to make it perform certain functions, and it includes the latest iteration of Android.

And it features an absolutely killer camera. To go with that, Google Lens looks like it’ll even identify and label some of the things he photographs.

If you read down a bit further you’ll find a MacBook Pro on our list of recommendations, but we’ll be the first to admit that it’s rather expensive. How about, instead, a Dell Inspiron computer that provides similar performance for many hundreds of dollars less. We reviewed the optioned up model and it still came in at less than $2K.

And it’s way more versatile, with a fold back keyboard and a high resolution touch screen with pen support. It even works with Windows Hello face recognition log in. A computer that recognises him is the kind of thing that warms every man’s heart.

Does his TV provide decent sound? Unless he has other speakers or a sound bar plugged in, we can guess the answer: No! Australian firm SMATE has a relatively low cost – although fairly large – solution for that. Its sound bar has fifteen speaker drivers built in, organised in a 5.1 channel configuration.

Tell him when he unpacks it: each of the five channels has its own twenty watt amplifier, while the twin 130mm subwoofers have a further fifty watts. Plus there are all the inputs a sound system needs for all his devices to plug in. Or not, since it supports Bluetooth.

This particular writer isn’t a gamer, but as someone who spends hours nearly every day pounding on a keyboard, he can tell you that your man will simply love a Logitech mechanical keyboard. And, boy, have we looked at a bunch of them. There’s the wireless G613 keyboard (about which we gave our two separate takes!) And the wired G413 Carbon Gaming, and G810 Orion Spectrum.

All of them share a superb, light and fast mechanical action, and configurability via the Logitech Gaming Software.

Check out the Gadget Guy reviews at the links above.

Sometimes it seems that every job around the house ends up with him muttering about those damned studs. That is, the beams of wood behind the wall panels. The ones he needs to drill into in order to put up those shelves.

Now there’s a gadget that will show him what’s behind the panels. And not just the studs, but also pipes, electrical wiring and who knows what else. The WalabotDIY attaches to an Android phone and works like an X-Ray machine, showing what’s hiding in there.

Read about the WalabotDIY here.

In these days of $70 colour printers, he may feel he’s not being properly valued when given a multifunction printer for Christmas, even though he will love using it. So you’ll have to introduce the word “EcoTank” into the conversation.

Because, instead of requiring a substantial chunk of cash from his wallet every few months to replace ink cartridges, this Epson printer ought to run for a two years with the ink supplied in the box, and even then it’ll cost less to get another year’s worth of ink than it would for a couple of months’ worth for a regular printer.

No, we’re not one-eyed Apple fanboys here, but we do like fine engineering and elegant design. Which is of course what Apple delivers. But there was one thing in particular that this computer delivered for us: predictability. It wasn’t just that the battery life was long, but that the when the computer said it had five percent battery remaining, it turned out to have that precise amount remaining. That’s something that Windows computers apparently can’t do.