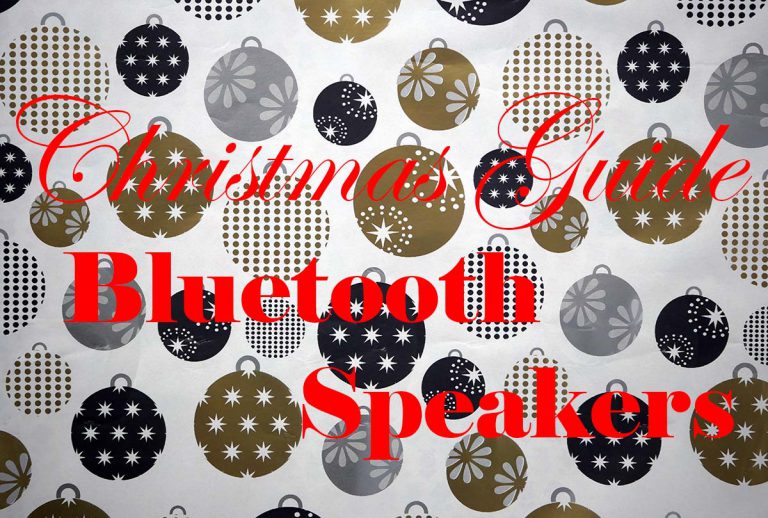 Every home, every person, should have one, or two, or even three portable Bluetooth speakers. Just about every phone and portable computer these days can use them, and even relatively inexpensive ones will sound so much better than the device’s built in speakers.

Are you stuck for a gift? Heh, you won’t be after you’ve looked through some of the Bluetooth speakers which have caught our eye in recent months. Quite a few are eminently suitable for outdoor use, thanks to their splash-proof designs. Others for high quality audio. You can pick from a wide range of colours and styles. And from a wide range of prices. These ones have prices ranging from under $30 to over $3000!

Some Bluetooth speakers are more portable than others. The first thing to strike us about the Braven 405 was that its shape lends itself to being taken with you, thanks to it only being 30mm thick. At the back it has a kick stand so it stands more or less upright, allowing the two “HD” drivers and passive radiator to fire out into your room.

The built in 2100mAh battery can also act as a power bank for your phone or device, and you have some security from nasty accidents, thanks to an IP67 rating.

With the JBL Flip 4, he or she won’t have to be too skittish around water. With it’s IPX7 rating, it ought to survive up to half an hour in up to a metre of water. And being a JBL speaker, it supports the higher quality AAC and aptX codecs over its Bluetooth connection.

The 3000mAh battery is good for up to 12 hours. There are lots of colours, of course. JBL claimed a bass performance from this little speaker about which, frankly, we were sceptical. So we measured it and confirmed the astonishing truth.

Sometimes you have to just toss a Ferrari in amongst the Hyundais. The KEF LS50 Wireless isn’t portable – the separate left and right speakers weigh ten kilograms each. And it also has analogue and digital wired connections, including Ethernet, plus WiFi. But, yes, it also works with Bluetooth.

And what it delivers is almost certainly amongst the highest sound quality your love will have ever heard. This is a truly great system.

Check out more details on the KEF LS50 Wireless here.

That’s a seriously good name for a serious audio company: Ultimate Ears. It has been focusing lately on portable Bluetooth speakers. Ruggedised of course. Waterproofed, of course (IP67, one metre, half an hour).

But the Ultimate Ears Wonderboom has another feature, the ability to join a couple of them together to kind of double the sound. It’s mono sound only, but you can spread the music further, or increase the volume, just by doing that.

Perhaps ultimate portability isn’t want your loved one desires, but higher end sound, with the ability to take it with you. The Harman/Kardon Go + Play certainly provides the high quality sound, as we discovered when we spent some time with it. It remains compact, just not tiny, and has a useful carry handle.

It’ll deliver way better bass and higher volume than most, thanks to 100 watts of power and four individual speaker drivers. And it can run for up to eight hours from the built in battery.

How can you make a Bluetooth speaker stand out from the water proofed, colourful crowd? House of Marley reckons you can do it by going natural. Its Get Together Mini Bluetooth speaker features a bamboo face, a bamboo passive radiator at the rear, and is otherwise covered with a dark recycled cloth.

And it sounds pretty good, so its not all about style. You can even use its internal battery to charge up your portable device. We reckon in just about all respects it’d make a great gift. The one weakness: a manual distinguished by its brevity and incomprehensibility.

Here’s another Braven Bluetooth speaker. The first we mentioned was slim enough to take with you just about anywhere. While still fairly compact, the Braven Stryde 360 is a more substantial beast. Shaped like a cylinder it has passive radiators at both ends. The 2500mAh battery can provide power to your device, or power the speaker for up to a dozen hours, which is about what we got out of it.

Yes, you can plug in an analogue device as well.

Can’t quite stretch to some of the other, relatively pricey, speakers listed here? Well Aussie brand Laser might have something just for you. The Laser Small Fabric Bluetooth Speaker with Leather Handle offers is Bluetooth with up to ten hour of playback time, remote control of the connected phone or player via the speaker’s own controls. And it’ll also play from microSD cards and USB memory. Just 110mm long and less than 200 grams in weight, it’ll even fit in a Christmas stocking.

Read about it, or buy, at Laser’s site here.

If there’s one problem with most Bluetooth speakers, it’s that the stereo is merely “stereo”. Pack all the speakers into one little box, and the stereo “spread” – the distance between left and right – is non-existent. But that’s not the case with the Logitech MX Sound speaker system. The left and right speakers are tethered by a cable and can be a couple of metres apart.

You can attach them to your computer or phone by cable or Bluetooth, and they have a nifty light touch control system.

Check out the Gadget Guy review here in coming days.