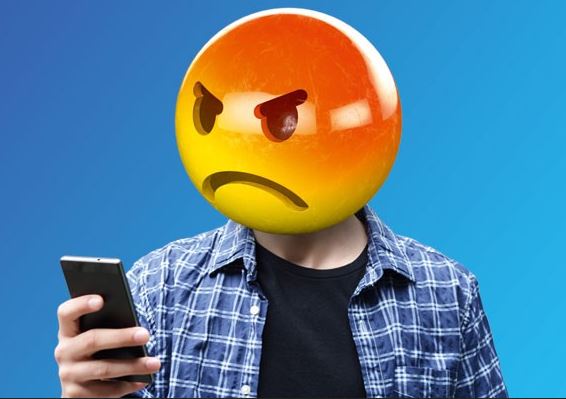 Commander, owned by Vocus Group, supplies business-grade NBN and voice services to business. You would expect it would provide a business-class service – you would be wrong.

Long story short. Affable owner Sam runs the local Booker Bay General Store/Cafe. He is a Master of Fish and Chippery and works damned hard seven days a week – he is not a business expert.

Commander approached him in 2016 to swap from ADSL to NBN as ‘his landline would be cut-off soon.” That is a blatant lie – he had at least 18 months to decide.

It sold him a 50/20Mbps business grade NBN even though he explained that he did not need data. All he needed was a phone to receive orders – its lifeline.

For that Commander charged $89 per month for the NBN 50/20 connection. He was not offered a lower speed even though Commander had a far cheaper 25/5Mbps plan. It then sold him an extra IP voice service at $39.95 per month to take over his existing landline number – a total of $129.95 per month.

Let’s forget for a minute that Aussie Broadband today would charge $79 in total for the same business-grade service.

Late last year, he bought a Google Assistant speaker and asked me to set it up. Simple, except that it did not work reliably.

Earlier this year he signed up to Uber Eats, and it installed a Wi-Fi terminal. That did not work reliably either and kept dropping out or missing orders. A little while later, he signed up to MenuLog – ditto.

Hardworking, self-effacing Sam, never wanting to bother anyone, asked me to have a look.

Commander said that the Commander supplied modem was receiving 50/20Mbps. They took remote control twice, checked settings, did a factory reset and could not fault it. BTW they still use the default admin/password that allows for modems to become part of the DDoS botnet – very bad.

Commander requested that I send screenshots showing it was not transmitting reliable Wi-Fi to the terminals or Google Assistant speaker. My Wi-Fi analyser app showed an erratic maximum of .5Mbps upload and no download. My laptop connected via Ethernet was the same – no signal.

Commanders response was that if Sam committed to another 24-month plan, it would supply a new modem. We asked for a token ex-gratia payment to compensate for this matter. No response.

POST NOTE: Commander admitted that its email system could not accept photos sent via MS Outlook or Gmail, so no amount of evidence helps. Why did they ask me to send pictures?

Issue #2 – The landline was diverted to a Commander supplied mobile

In March, this year a Commander salesperson called Sam and offered two free Aspera Flip handsets (RRP $99 each) to divert the landline number. Sam’s said, “Sure if they are free then send them.”

But Commander started charging $40 per month even though Sam only had one landline number that could only divert to one mobile!

I demanded the voice recording and Commander admitted that Sam had had only accepted the offer if it was free. Commander would refund nine months = $360 on the condition he returns the phones.

This was pure sales stuffing by unethical salespeople. When I asked what the disciplinary action was, the answer was none.

That is $189.60 in fees. Sam was unaware there was a direct-debit option – never once offered to him. Commander has offered to refund the fees on the condition that he set up a direct debit in future. Well, Sam is not about to “Let a bunch of crooks have his credit card details!”

While we were initially willing to give Commander the benefit of the doubt if it fixed things, there has been no formal response to the email. A phone call from them admitted to the mobile sales scam and the credit card fee issue.

A business-class provider must provide business class service. But to add insult to injury Commander now won’t speak to us claiming we have to provide a four-digit security pin that has never been given and they won’t provide. WTF?

This is not the first time Commander has been caught out

Dodo, iPrimus and Commander are all wholly-owned subsidiaries of Vocus Group Limited. In 2018 it had to compensate over 5000 customers for fraudulent and misleading advertising.

After experiencing a month of Commander’s absolute lack of service and no care attitude, it is easy to see why it scores 1.2 stars (318 from 338 reviews) at Product Reviews. ZDNet reported, “Commander takes its turn as Australia’s most complained about Telco” here.

There is a Facebook warning page here. Commander is the same as M2 Commander.

Channel 9 has a horrific story of a Commander Router that was obviously hacked here to use its fax line to place premium calls.

I wrote this article for two reasons. First, the little guys don’t have a voice. Commander has been ripping Sam off for years. If they do it to him, you can be sure it is happening to other Commander customers.

Second, there are tens of thousands of small business owners just like Sam, who make the best burgers, coffees, whatever. They are more concerned at being the lifeline of small communities than understanding the nuances of business and not being ripped off.

Sam has now left Commander and signed up with Aussie Broadband on a $69 a month business plan (plus a new modem) saving a whopping $103.90 for a better service from a company that has a real Aussie call centre and cares about service.