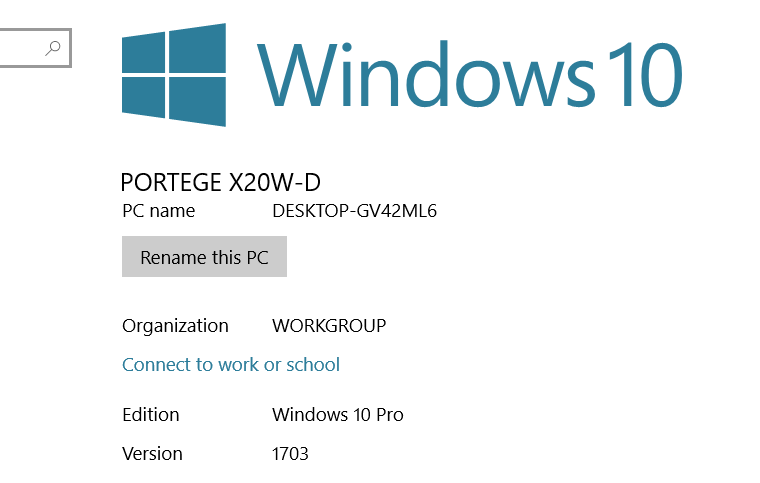 People who like high resolution music, and like to use a computer to deliver it, have been irritated for years by the failure of Windows to support this little thing called … well, let’s call it USB Audio Class 2.0*. This standard was released way back in 2006 and adopted by Apple on the Mac within a couple of years, but has only now made its way into Windows with the “Creator’s Update” – version 1703 – which began rolling out last month.

A USB audio device is a digital to analogue converter, or it might be speakers with the DAC built in, to allow the audio to be decoded outside the computer. That can improve the sound compared to that produced by the computer itself, with its own indifferent and unknown DAC.

Now let’s quickly sort a few things. First USB Audio Class 2.0 is not the same thing as USB 2.0. In general, it requires at least USB 2.0 because it needs the higher data rates to push through the required amount of data. USB Audio Class 1.0 was introduced way back in 1998 and was limited, in part, by the maximum data throughput available in USB 1.1. And, as I’ve just discovered, there’s now a USB Audio Class 3.0 which promises wider support for audio formats, and likely requires the bandwidth provided by USB 3.0 or later.

So what’s so good about USB Audio Class 2.0?

Higher definition audio support. USB Audio Class 1.0 was limited to audio with 24 bits of resolution and a sampling rate of 96kHz. Now one might argue (and you won’t get much disagreement from me) that no-one needs higher resolution than that. Indeed, that there’s no reliable evidence yet produced that anyone can hear the difference even between the CD audio standard (16 bits, 44.1kHz) and 24/96.

Nonetheless, there is a community of audiophiles, and perhaps more importantly, audio professionals, who wanted higher resolution support. Audio professionals may not care much about listening to high resolution audio, but they certainly want to record it for various technical reasons.

USB Audio Class 2.0 pushes things way out. I’ve used compatible devices with audio encoded with 32 bits of resolution and 384kHz sampling rates. In addition, there’s a sizeable community of audiophiles who are fans of Direct Stream Digital, the audio format that was used on the Super Audio CD. These days most DSD listening is done with downloads, and new material is being produced which runs at double, quadruple or even 8x (octuple?) the speed for even higher resolution. This can also be handled by USB Audio Class 2.0.

But not by Windows, unless the user loads in a driver provided by the DAC manufacturer. Usually it’s not too much of a hassle to do that, but there’s always that Mac envy. Why do they get to just plug it in while we have find the driver on line and install it?

To see this in operation, I decided to plug my portable, but very high quality, Oppo HA-2 DAC into a Toshiba Portege X20W-D 2-in-1 computer which had just recently updated itself to Windows version 1703. Before doing that, I opened up “Manage audio devices” in Control Panel (found in the Hardware and Sound section). Here’s what it showed, just the built in audio device:

I plugged in the Oppo and switched it on and instantly it appeared as another audio device. Note, the system even made it the default audio device:

A Windows notification appeared saying it was setting up the device:

And after perhaps twenty seconds, Windows announced that it was all set up, ready to go:

Thank you Windows! Although it really is long overdue.

Two things to remember. Some audio devices still require their own drivers. For reasons I find difficult to comprehend, they aren’t compatible with either USB Audio Class 1.0 or 2.0.

Secondly, sometimes manufacturer specific system drivers will offer more options or capabilities than the built in Windows one. For example, installed this way the Oppo DAC could be fed music via WASAPI (a kind of direct Windows interface to the audio device) or through the standard Windows “Direct Sound” interface, but the ASIO interface was missing. ASIO in this context has nothing to do with a certain security organisation, but stands for “Audio Stream Input/Output”, which is a workaround to stop the sound from having to run through Windows processes, derived from the pro audio industry.

Likewise, in most cases the driver has a display panel which shows useful information, such as the actual sampling rate of the audio being delivered to the DAC, such as here:

But for most users, the simplicity of setup with native support by Windows for USB Audio Class 2.0 will be very welcome.