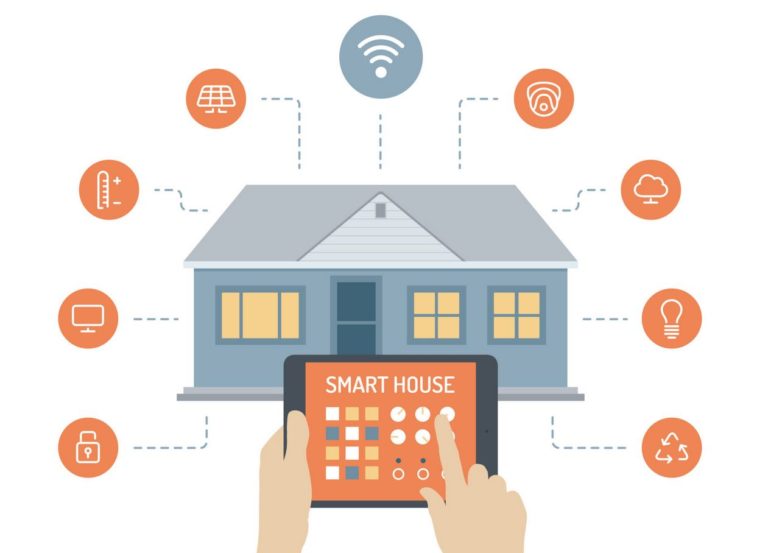 Connect SmartHome is exclusive to Harvey Norman although it only currently lists 22 devices – there are over  30 in the line-up. Judging by the app, we are sure there will be many more categories, including irrigation, access control, health and more.

GadgetGuy knows Laser Co well, and we can be confident of the quality, reliability, support and value. It’s a bold move to introduce a range of Connect SmartHome devices, but from our initial tests, they all work well and importantly connect seamlessly with OK Google where necessary.

The Connect SmartHome app is available for iOS or Android and integrates with Google Home (tested) and Alexa (not tested). It is a white-labelled Tuya app that is also used by Brilliant, Arlec (Grid Connect), Mirabelle, Nimbull Smart Homes and many more. Tuya is headquartered in the US and covers over 90,000 products made by 3000 manufacturers in 500 product categories.

What that means is Laser et al., don’t have to develop or maintain the control app. It also means all the hard work is done – it’s a great platform that allows Laser to source a vast range of products – if they meet its standards!

The Connect SmartHome range is Google-licensed, fully compliant with Australian Standards and Regulations, and like all Laser products has a replacement warranty and local customer support.

As far as privacy goes Tuya knows your address, IP address, what devices, where they are, and how/when they are used. In the case of security camera video is stored in its cloud. It states, “We do not sell your Personal Data to third parties”.

But the game changes when you use a voice assistant and its privacy policies over-ride that. But hey, you have to trust someone!

All are Wi-Fi 2.4Ghz and tested with a NETGEAR AX12 router  – the most powerful available today. Lower speed routers may not have the transmission distance or the 2.4Mhz bandwidth to handle heavier loads from video cameras etc.

And a word of warning – most routers are not well placed to cover the home. As with any Wi-Fi device, you may need to buy a Wi-Fi extender or install a mesh system (GadgetGuy tutorial here).

While most products are DIY, some require an electrician. For example, in-ceiling downlights, smart video doorbell (if connecting to doorbell wiring), and smart wall switches.

But the real power of these devices is when using them as part of a more comprehensive smart home. Via the app you can

It also has IFTTT support that binds the devices into a broader ecosystem. IFTTT means ‘If this then that’ and you can set nested conditions across a myriad of smart devices, e.g. If the front door sensor opens then turn on the hall light and activate the security video unless it is me and I have a geofenced smartphone.

You need to use the app to access more features. Voice assistants (as with all brands of smart devices) do not support all functions (at this time).

It is ‘low-level’ DIY smarthome, so my best advice is to do some investigation first and see if you want more! If so, then go to a smarthome expert and be prepared to invest in a Z-Wave, Zigbee SmartThings setup at considerably more cost.

Not to confuse you, but it is a way to control IR devices (those that have IR remote controls) from your smartphone via the Connect SmartHome app. Think Air Conditioner, TV etc.

The temperature and humidity sensors are a bonus – you know what this is where the sensor is. The sensor requires USB 5V/1A power – a cable is provided but not a charger.

It uses the Remotec RT-400 chipset, and the IR cloud library is one of the most extensive for AC and AV devices, such as TV, DVD, STB, OTT box, Lighting, soundbars, audio devices and many more.

But the real power of this is in controlling other IR devices via IFTTT.

GadgetGuy’s take – I have used Remotec based products before, and the cloud database is impressive. In the case of a smartTV however, it does not support all the functions like switching to Netflix etc. But for an AC unit where all you want is on/off, temperature up/down and fan speed its perfect.

Best use – to control via IFTTT or schedule the use of an AC unit.

GadgetGuy’s take: IP67, well made, a little old-fashioned round bulb style, and eight presets. Suitable for patio lighting to impress your friends.

You probably have heard or Arlo, Ring, Swann and many more. This does pretty well everything the others do but at a lower cost.

The sensor, 3um pixels and f/2.0 lens are capable of reasonable colour images down to about 100 lumens. (Daylight is 25,000 lumens, and office light is 400-500 lumens). We could not accurately test the IR cut-over to mono recording – its somewhere after twilight.

My concern with any Wi-Fi device is the distance from outside the front door to the router. Video doorbells are a special concern because they are often on a different home level and the Wi-Fi signal may have to travel through walls, cement floors and heavy doors. My best advice – make it a condition of purchase that it works in your home. Otherwise, you will need to purchase a Wi-Fi extender, and that is even more pain.

GadgetGuy’s take: It is what you pay for – it works as advertised and that is all you can expect. It is comparable to any other 720p, Wi-Fi doorbell – more so at that price.

If video quality, distance to the router, and 100% rock-solid reliability are your needs, then you need to look at much higher cost security-based products like Arlo that has a separate base station (not Wi-Fi) and higher 1080p, 2-4K cameras, video doorbell, chimes, spotlights and more.

It does what it says – a window or door sensor that reports if it is opened. It is a simple magnetic sensor – mount the magnet on the door/window and the sensor on the frame, and that is it.

Battery operated by a replaceable 3V CR2 its good for 2600 triggers – some years!

These are best on doors or windows that are potential entry points for a thief – and ones that you don’t open anyway. Or doors that you frequently forget to lock. These are best used as part of an IFTT to trigger some other action.

The only downside is if the thief smashes the window glass you don’t get an alarm (no magnetic sensor does this).

This looks a little like a golf ball with an eye and attaches magnetically to a screw/adhesive mount. It uses a replaceable 3V CR23A battery that is good for 25000 triggers but being a passive, infrared (PIR) sensor you may use that sooner than you expect.

The best use for this is for areas that may be potential entry points for thieves like picture windows where a Window/Door sensor is easy to bypass. PIR range is in theory up seven metres, but we tested to five before it became erratic.

The majority of the products are DYI and in true DIY fashion RTFM, and it will work the first time. We know Laser, and we are sure it has put a lot of effort into testing and support as well as using the bullet-proof TUYA platform.

But we urge you to do a lot of research and think about what level of SmartHome you want.

Wi-Fi is a quick fix and maybe all you need. My opinion is that it is not really part of a longer-term overall smarthome solution with dedicated base stations and controls.

HDMI – because you are going to need to know