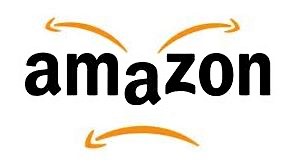 Amazon has long been in the spotlight, and not always for the most positive reasons. The COVID-19 pandemic has renewed Amazon antitrust scrutiny. It is not surprising that the European Union, California and Washington, among many others, are investigating its practices.

COVID-19 a.k.a. the China Virus has highlighted the critical role that Amazon plays in delivering supplies. But it has also drawn unwelcome attention – Amazon antitrust scrutiny – to the competitive and far-reaching nature of the company (a great read that shows just how pervasive it has become).

Amazon antitrust scrutiny is not just that Amazon’s search algorithms may favour its products, or give it an advantage over third-party marketplace sellers. It is more the commercial might it exerts in every area from warehousing, distribution, delivery, and its sheer market dominance.

Our US correspondent Sam Bocetta has made a hobby of observing FAANG – has researched and documented the Amazon antitrust issues. After all, he and it were ‘Born in the USA.” Sam writes

It is ironic that Amazon is turning 25 this year and that it has taken this long for Jeff Bezo’s “Get Big Fast” ethos to catch up with him.

First, let me say that as a typical consumer, I treat Amazon the same disdain as I treat any online supplier. With a healthy dose of cynicism, because deep down, I know that free-freight and online convenience has to cost someone – usually me – in the long term.

Instead, I try to shop locally and favour brick and mortar stores – lest we see the end of them. I find local stores prices on comparable goods just as appealing, can see and touch them, and get prompt support if I have an issue.

But unlike any typical consumer, I understand the behemoth that Amazon has become. It is a big-tech platform that is razor-focused on getting every last cent from you by selling you stuff even before you knew you needed it. One minute you buy toilet paper and that starts a tsunami of offers you can’t refuse.

Amazon is first and foremost a data harvester with an incredible AWS cloud AI-based shopping analytics engine behind it. Everything else is a by-product.

The essence of all allegation is the enormous power it wields, and that is an abuse of consumer and merchant trust.

Most capitalist-based economies have antitrust legislation to prevent or at least control monopolies and to promote fair practice and competition. You can read about the US Antitrust laws here (and its very complex).

In essence, anti-competitive behaviour hurts consumers and business. And to be fair to Amazon, it is in good company as Facebook, Alphabet, Netflix, Apple et al. are all facing antitrust allegations. Here is why.

It wasn’t too long ago when you typed the name of any product in Amazon’s search engine bar it would return with a variety of different brands in the first page of results.

The first page of search engine results is gold when it comes to online marketing. Why? Because up to 92% of all clicks come from a first-page listing. If you are on the second, third, or more, it is sudden death.

Now there are numerous accusations that Amazon usually ranks its products ahead of other brands. Regardless of whether other brands and online marketers pay Amazon for preference rankings.

For years brands have bought higher rankings on Amazon by bidding on search terms. Such products are more likely to gain sales from Amazon customers.

Since COVID-19 hit, numerous consultants, online marketers, and third-party sellers alike have claimed that Amazon is using this position for its own private-label products without bidding. In other words, third-party sellers that have paid for preference are wasting their money.

Amazon has vigorously denied any wrongdoing, but the accusations remain.

If true, it would also mean Amazon’s claim that it always puts customers first is false.

One of the Antitrust crusaders biggest issues is that the enormous search engine dominance and its data harvesting means it can indulge in ‘surge’ or opportunistic pricing.

For example, an Apple user may be given higher prices than say a cheap phone user. Or if an item is popular its prices will be adjusted upwards until demand tapers off. Conversely, Amazon can drop its brand prices to take sales from other brands. The AI algorithm does all of this covertly.

Amazon does not deny that it uses group, regional and opportunistic pricing, but in the lawless online world, this becomes a tool for evil.

The importance of independent third-party sellers has grown considerably to the point where their products outnumber Amazon products.

But Amazon often competes with its sellers in the marketplace. Only it has advantages they don’t.

This is not the first time that third-party sellers have accused Amazon of greedy algorithms that unfairly favour its products.

The EU Commission and the US Federal Trade Commission (FTC) have opened investigations into Amazon antitrust behaviour.

Amazon has always exercised a tight grip over its third-party sellers.  But now that over 44% of all eCommerce in the United States is via Amazon – it is easy to see why this is a big deal.

To be fair, Amazon says if a merchant can’t stand the heat, it can always get out of Amazon’s kitchen. But we all know that you can’t beat City Hall – Amazon is as close as it comes to an online monopoly.

The  question asked at all levels is, “Why should an online retailer, a cloud computing company, a smart speaker/camera company, an organic supermarket company, a video production company and so much more all be conglomerated into one corporate entity controlled by one person?”

Good question and one that is gaining political impetus – split Amazon and FAANG up.

The facts are that concentration of massive power into a few big hands is hurting smaller ones. The bulk of Amazon’s revenue comes from cloud computing, but it is used to help crush its competitors elsewhere. For example, Sonos alleges that Amazon artificially sets its Echo speakers at prices low to kill all but Google who can use advertising revenue to subsidise its Nest range.

#5 – It is bullying its employees and contractors

Amazon does not employ if it can avoid it. It contracts and sets terms that may favour the customer but don’t favour the workers. The Global Amazon Union Alliance, a multinational group of workers’ unions from across 20 countries claim Amazon is now the only game in town and uses its power to screw over workers. The Union calls its workers ‘Amazon Automatons’.

This extends to its delivery infrastructure that is now more like an Uber-style operation where self-employed contractors rent vans and routes from Amazon.

#6 – It is browbeating suppliers

Negotiations to supply Amazon with house brands have turned into “Take it or leave it’. Suppliers don’t have an inch of negotiation. It is called ‘Power Asymmetry’.

Equally, Amazon holds all the cards with its main merchants offering complex contracts and covert terms to control competition on the platform. To lure Apple to the site the deal included stopping the sale of any Apple products from other merchants be it new or refurbished goods. Its called  ‘Sterilising the Site’. Apple was fined €1.1 billion by France Anti-trust regulator for this.

Often neglected or mentioned – it is the same type of behaviour that big box brick-and-mortar store chains have been doing for decades. Amazon just does it better using more granular data than stores could ever access.

These stores use data from the products they sell to determine what house brand products they should have. They have agreements with product manufacturers to advertising or pricing commitments if they wish to keep the best ‘shelf’ position to ensure higher sales.

It is for this reason that not all online merchants and sellers are upset. It is not that Amazon is wrong – it is just that it is the sheer scale of Amazon’s marketplace that dominates online retail.

And it is not that Amazon does nothing to help people and merchants. After all, the company has created over 500,000 jobs. It has also made it easier for merchants to drive sales via ad placements on mobile devices and without having to make any changes to their campaigns.

On 10 June Amazon announced that it would be teaming up with Goldman Sachs to offer digital credit lines to merchants through its Seller Central accounts.

And keep in mind: Amazon is a private company, and there are no rules. Sellers must abide by its rules.

Don’t take this as Amazon bashing. It is really the message that without rules you can do whatever you damn well please.

Should Amazon yield to legislators to change its business practices?

On the one hand, Amazon is a private company that you could argue is free to set its own rules. It argues that it could not do business if it were subject to stringent antitrust, anti-free market laws.

On the other hand, it has grown so influential in the global marketplace; one can’t help but wonder if it should be free to set its own rules.

Legislation should focus on consumer privacy first, and then other the issues should all fall into place. Could Amazon (or FAANG) exist without the rivers of gold that are our private information?

It is not just Amazon. Fundamentally it is about power and the use of AI and data to screw consumers. Yes, screw you because the ‘Power Asymmetry’ has shifted.

Can you trust Amazon? In the end, that’s for you to decide for yourself.

PS – eBay is its only viable online competitor. It is a pure online marketplace and does not compete with its merchants.