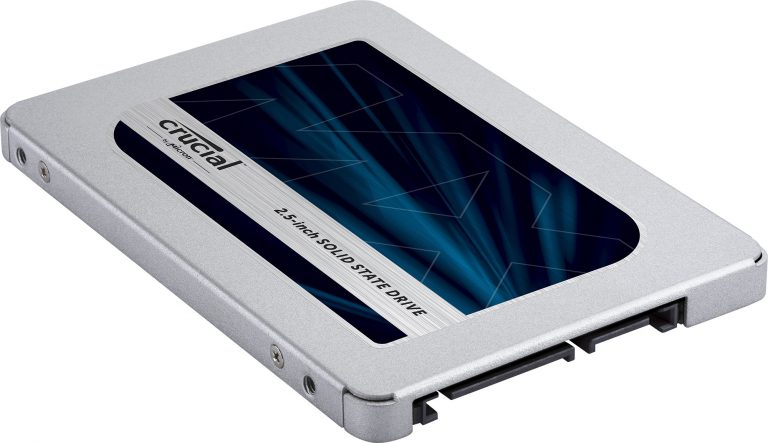 Testing is really about speed – how fast will it go in comparison to a 1st generation SSD?

First, I connected the 2.5” drive via a SATA to USB3.0 adapter and did some read/write tests compared to the 1st generation Samsung T3 SSD – itself a beautiful and fast external drive.

Next, I placed it in a relatively modern ASUS motherboard based PC. The existing WD Blue hard disk struggled to achieve 100MB/s read/write and this blew it out of the water achieving over 400MB/s read and write testing was limited by the speed the hard disk it was reading from at 100MB/s.

Complete boot time went from 68 seconds on the hard disk to 20 – almost instant.

Yes, it is fast although with the hardware I had, I could not achieve the claimed 560/510 MB/s read and write speeds. In international reviews the Crucial consistently performed within the top three 2nd generation SSD brands.

The drive was blank – no partition etc. Once connected to the SATA 6Gb/s interface (in theory about 750MB/s capable) I used Windows Disk Manager to create a partition and do a quick NTFS format.

There is an online SSD Install Guide as well and includes connection to a Mac or PC.

You will need a SATA-USB 3.0 adapter if you want to clone the existing hard disk to the SSD e.g. replace C: drive. A free version of Acronis True Image can be downloaded from the site to do this.

Then install it the PC, Mac, laptop etc and that’s it.

Who can tell – certainly a very long time. Crucial quote 1.8 million hours Mean-Time-Between-Failure ( 206 years) and testing this is outside my remaining lifespan.

It also supports Power-Loss Immunity which is a built-in feature of the NAND that protects your data if your system suddenly shuts down.

The drives feature self-encrypting drive and full disk encryption if enabled via the ATA Security command in the system BIOS to take full advantage of the AES-256 encryption engine.

Home and power users should strongly consider replacing hard disks with SSD – sure its more expensive (a 1TB hard disk is under $100) but it is so much faster for disk intensive operations like video editing or database work.

Recommended price only – shop around for a bargain