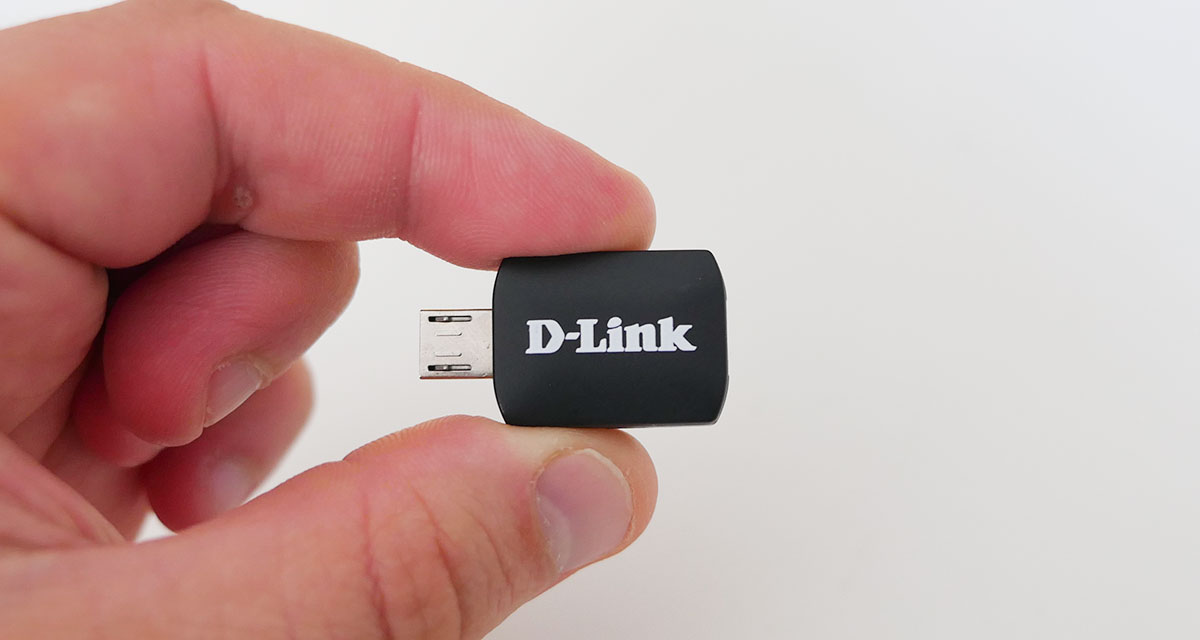 With YouTube and other media services, TV has taken a backseat in the past few years, but what if you still want to watch TV, and do it on the go? D-Link might have you covered.

Mobile owners have so much choice when it comes to viewing on the go these days, what with the content they can already take with them from home to the stuff they can find on the internet. Australians can, for example, head to YouTube to watch some videos, check out catch-up TV services, and soon will be able to see what all the fuss is over Netflix.

But what if you want to catch a live broadcast of a TV show, or you have a program on at a specific time? What do you do then?

Before a few weeks ago, you’d probably have to run home and switch on the tube to be satisfied, but if you have an Android phone or tablet, D-Link now says you don’t need to do that, with a small gadget that can deliver television broadcasts to your portable media player without using any data.

The device in question is D-Link’s Portable Digital TV Receiver, also known as the DSM-T100, a product that isn’t much bigger than a small USB key and is pretty much what it says on the box: a portable digital TV receiver.

At one end of this receiver, you’ll find a microUSB port, needed to power the device and send the information to the phone or tablet (so if you don’t have a phone/tablet with a microUSB port, you are out of luck), with an antenna port at the other end.

This end obviously takes the antenna, and once that’s in — one is included in the box — you download the app and install.

The app in question is D-Link’s “PadTV” app which only works on Android, and at the moment installs a secondary app, but this will be fixed shortly. From here, you merely run the app every time the TV receiver is plugged in, scanning for channels and then playing them back, with the ability to record when you want to.

In theory, the idea is a sound one. We still like the idea of a portable TV, because while you can always watching something on YouTube, you might really want to watch Seven, Nine, or Ten, or even live TV from the two stations that have managed to get catch-up right, ABC and SBS.

Live TV means we can even tune in on the bus to work and watch GadgetGuy’s own Valens Quinn when he’s on the Seven’s “Sunrise” program, which we don’t often get to do since this reviewer’s TV connection isn’t very reliable at his home.

But the D-Link Portable TV Receiver doesn’t do much to amend this, and it seems like we’re still going to have to rely on networks to build proper digital feeds into their websites before we’re watching TV reliably any time soon.

You see, while the idea is a solid one, a combination of unreliable reception and an app prone to crashing stops this gadget dead in its tracks.

“Pick a TV channel and watch it fail” seems to be the slogan we coined as we tested the gadget, the D-Link Portable TV Receiver struggling to get reception and let you watch a prog-ram wit-hou-t glit-ch-ing in some w-ay.

We tested it at home and at work — all city locations or suburbs very close to the city — and almost every time we found a station we wanted to tune in on, we found glitching and an unreliable broadcast.

In fact, at work we only found one place where we could get a clear signal — the kitchen — and we had to hold the Sony Xperia Z3 Compact tablet in a specific way. The moment we switched holding positions, the signal would break up, making us feel like we were fiddling around with the old rabbit ears on a TV, like we might have done as kids.

At one point, broadcasts of Seven and the ABC worked, though the feed was slower on a Samsung Galaxy Note 4 than they probably should have been, loading but the audio heard before lips moved on screen, and shortly after, the reception broke up again.

It’s frustrating, and you might get only a few seconds to half a minute of broadcast only to have it begin to break up, providing a broadcast that would be too difficult to watch without wanting to throw that smartphone or tablet at something.

And that’s not including the amount of times you need to scan for channels.

We wondered if perhaps the D-Link Portable TV Receiver would make sense if it were used on public transport, since we’re spending so much time there — on the way to work, from work, to briefings, and so on, like regular people — and so we tried tuning in on the go.

This didn’t go as expected, however.

We knew we’d have to retune once, because the moment we boarded our bus and tried using the TV receiver, our channels couldn’t pick up a signal. So we retuned, waiting the two to three minutes that D-Link’s Pad TV app takes to scan for channels.

Unfortunately, by the time the app had finished its scan, our position had changed the channel tunings so dramatically that once again we were left without a channel to connect to.

So we ran the scan again, and again, and again, this cycle continuing as we made our way through the city, an act that demonstrated how impossible it would be to watch regularly scheduled programs using the D-Link TV Receiver with a phone or tablet.

We suspect the reception issues could have to do with using the portable antenna, but we have to wonder, why supply something as weak as the one included if it’s not going to work?

The F-Type antenna could indeed fix things, but that would mean being tethered to the wall, with a long cable keeping you from being mobile, and killing the idea of a portable device like a phone or tablet watching TV, so we didn’t even try.

If you’re not bothered by the idea of a tether, this is an option you can check out, since it’s included in the box, but it doesn’t make a lot of sense for us, and isn’t the only thing that bothers us about the D-Link DSM T-100.

The app isn’t terribly well built, either, and we found several crashes just trying to get the software to do its job and play a TV channel.

We found different bugs here and there, such as the one that rears its head if you decide to switch to a different app during the three minute task of scanning for channels. Do this and the app stalls, stopping your scan of channels and not doing much until you close the app completely and start again.

Even if you do get the program working well, and you manage to record something, you’ll find the app is the only way of playing back those recorded files, and it can crash here, too. The files should be easily found on your Android phone or tablet for watching outside of the app, but they’re not, and so you won’t see any recorded viewing unless you’re in the app to begin with. Just hope it doesn’t crash.

And there’s not even an inclusion of Chromecast support, which would have been a tremendously cool idea if the D-Link TV Receiver did end up working.

Imagine this: you don’t need an antenna anymore for your TV, and you could send the TV broadcast from your phone or tablet with the DSM-T100 to any TV with a Chromecast plugged in. In homes without antennas, this would make TV something they could tune into, which would be very, very handy.

But that’s not here, so don’t even think about it.

You might have better luck, but we found the D-Link Portable Digital TV Receiver to be something that needs a little more time in the shop.

It’s a neat idea, mind you, and we’re impressed that someone thought to bring regular TV to the front of our mind, but until the app is fixed and the reception alongside it, this is one of those gadgets that might be better left to the side with TV watched squarely in front of the big screen you already own.

Overall
Features
Value for money
Performance
Ease of Use
Design
Reader Rating0 Votes
Very small and compact; App is free and picks up on both radio and TV channels; Can record video; Includes both a portable antenna and the F-Type antenna connector;
Channel scans are too frequent for using the receiver in a moving vehicle; App is buggy and crashes; No Chromecast support; No way of exporting the recordings to other devices;
2.9