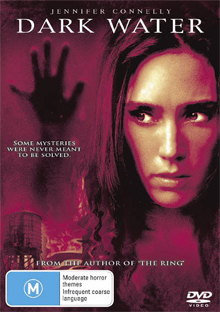 Dark Water is strongly influenced by the new wave of Japanese horror films like The Ring where the threat isn?t a massive scary monster, but instead something more amorphous and sinister. The action doesn?t exactly power along and the film is more about a subtle and foreboding sense of menace as a mother and daughter discover the run down place they are staying isn?t entirely unoccupied. However this film isn?t about things that go bump in the night. Instead you must worry about things that ooze. The DVD has a few extra features with deleted scenes and even an analysis of the film.